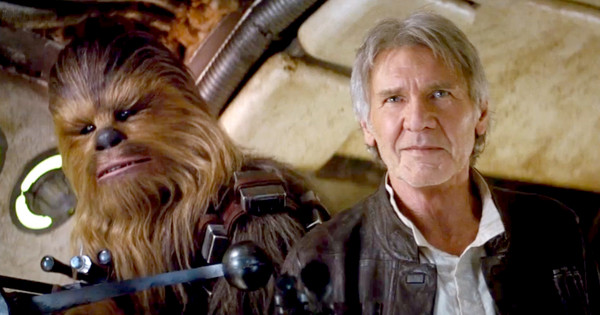 December is always a blockbuster month at the movies, with big end-of-the-year releases opening in time for family viewing over the holidays and awards consideration.

Some of what we’ll be seeing this month:

“The Letters” is the story of Mother Teresa, played by Juliet Stevenson, and based on the letters she sent about her life working with “the poorest of the poor.”

“In The Heart of the Sea,” directed by Ron Howard and starring Chris Hemsworth, is the story of the real-life whaling ship that inspired “Moby Dick.”

“The Big Short,” based on the brilliant, hilarious, and excoriating book by Michael Lewis, which tells the story of the 2008 financial meltdown through the eyes of five people who saw it coming, bet against Wall Street and made fortunes. (in limited release — opening nationwide December 18)

“Star Wars: The Force Awakens” — get your tickets now.

“Sisters” stars Tina Fey and Amy Poehler. What else do you need to know?

“Where to Invade Next” is Michael Moore’s latest documentary and it promises to be at least as controversial as his others.

“The Hateful Eight” is Quentin Tarantino’s latest and it promises to be at least as violent as his others.

“The Revenant,” from director Alejandro González Iñárritu (“Birdman”) is a Western based on the true story of a man left for dead by his friends after he is mauled by a bear — he survives, and is determined to get his revenge. Leonardo diCaprio and Tom Hardy star.

“Point Break” is a remake of the Keanu Reeves/Patrick Swayze action film that certainly did not need to be remade. But the action scenes look crazy-good.

“Concussion” is the true story of the doctor who exposed the tragic history of NFL players with brain injuries from the game, with Will Smith, Gugu Mbatha-Raw, and Alec Baldwin.