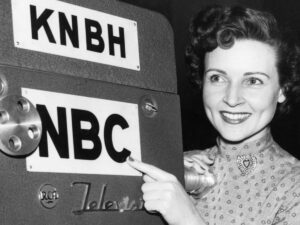 It was a privilege to write a tribute to the wonderful Betty White for rogerebert.com. An excerpt:

White’s utter fearlessness as a performer was grounded in the delight she took in delighting others, especially if she could shock them just enough to make them laugh. She had unbounded enthusiasm, she loved a challenge, and she never worried about whether the character she was playing was likeable. Whether appearing as herself or in character, she always enjoyed the unexpected twist, especially if it was insulting or raunchy. When more than half a million members of a 2012 Facebook group successfully petitioned to have her host “Saturday Night Live,” her opening monologue let them know she did not take herself – or them – seriously. “When I first heard about the campaign to get me to host ‘Saturday Night Live,’ I didn’t know what Facebook was, and now that I do know what it is, I have to say it sounds like a huge waste of time.” That appearance won her an Emmy, one of five, with 21 nominations going back to 1951.