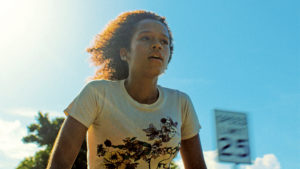 The Gotham Awards are always among the first of the awards season, and while they are quirky and not great predictors of the Oscars, they are always a good indicator of some of the films we’ll be discussing as the more traditional awards are given out, and, if we look at the “breakthrough” awards, future nominees, too. I’m especially happy to see “The Last Black Man in San Francisco” among the nominees for script and breakthrough actor, “When They See Us” as the series award winner, Awkwafina recognized as Best Actress for “The Farewell,” and the exquisite Taylor Russell as the winner of the “breakthrough” award for acting.

The nominees and winners: