Behind the Scenes: The Thermoptic Suit in “Ghost in the Shell”

Adam Savage goes behind the scenes of “Ghost in the Shell” at the legendary WETA Workshop to see the thermoptic suit worn by Scarlett Johansson.

And here’s the robot skeleton.

Special Effects Behind the Scenes with Rubberhead

Before special effects were done with CGI, movie creatures were built out of rubber and imagination. And Rubberhead is the first of a projected five-volume sex, drugs, and movies series from Steve Johnson, the guy behind such iconic movie creatures as Slimer from “Ghostbusters” and the glowy underwater guys in “Abyss.” Johnson takes us behind the scenes with anecdotes about how the movies were made.

Johnson recalls disguising Jackson so the King of Pop could mingle with the public unrecognized or fleeing to Costa Rica in the mid-aughts after the rise of computer-generated trickery knee-capped a career built on practical effects. “I really enjoyed working with Michael,” he says. “Michael was very unassuming, very child-like. Not intimidating at all. Just a really really really sweet man.”

Johnson is also open about his onetime drug usage and how, for example, he sculpted the character of Slimer in the original Ghostbusters movie high on cocaine. “I’m not glamorizing anything,” he says. “I’m basically screaming to the universe, ‘Look, here’s what happened to me, don’t make these same mistakes!’”

Computers Make Actors Younger and Prettier — Do They Help Them Act?

The Washington Post reports on the use of computers to make Paul Reubens look almost as young in his new movie, “Pee-wee’s Big Holiday,” as he did in his first Pee-wee movie, 36 years ago.

In postproduction, artists digitally retouched his face to turn back the clock. It’s called beauty work, and it’s been around for more than a decade. But it’s a hidden craft, practiced by artists who make every frame look sublime by toiling for long hours — while remaining invisible….According to multiple artists, a popular job is to take care of those pesky eye bags. Artists can also add muscle definition, zap blemishes, fix teeth and tame rogue strands of hair. The request can come from a record label, a director, a producer or a movie star, depending on the situation.

We are all too used to seeing the effects of plastic surgery on famous faces in movies, and all too often seeing the way the artificial stiffening and smoothing impairs actors’ ability to show emotion. Paul Reubens joked that he could have had a facelift and saved the production $2 million in computer “beauty work.” Pee-wee is a comic character who is known for being expressionless. But what happens when this tweaking is used in dramas and comedies? An adjustment of an eyelid or the corner of a mouth can make a big difference in expression. If it impairs a performance, will actors agree to it? And if it improves the performance, will the coders be thanked at the Oscars? 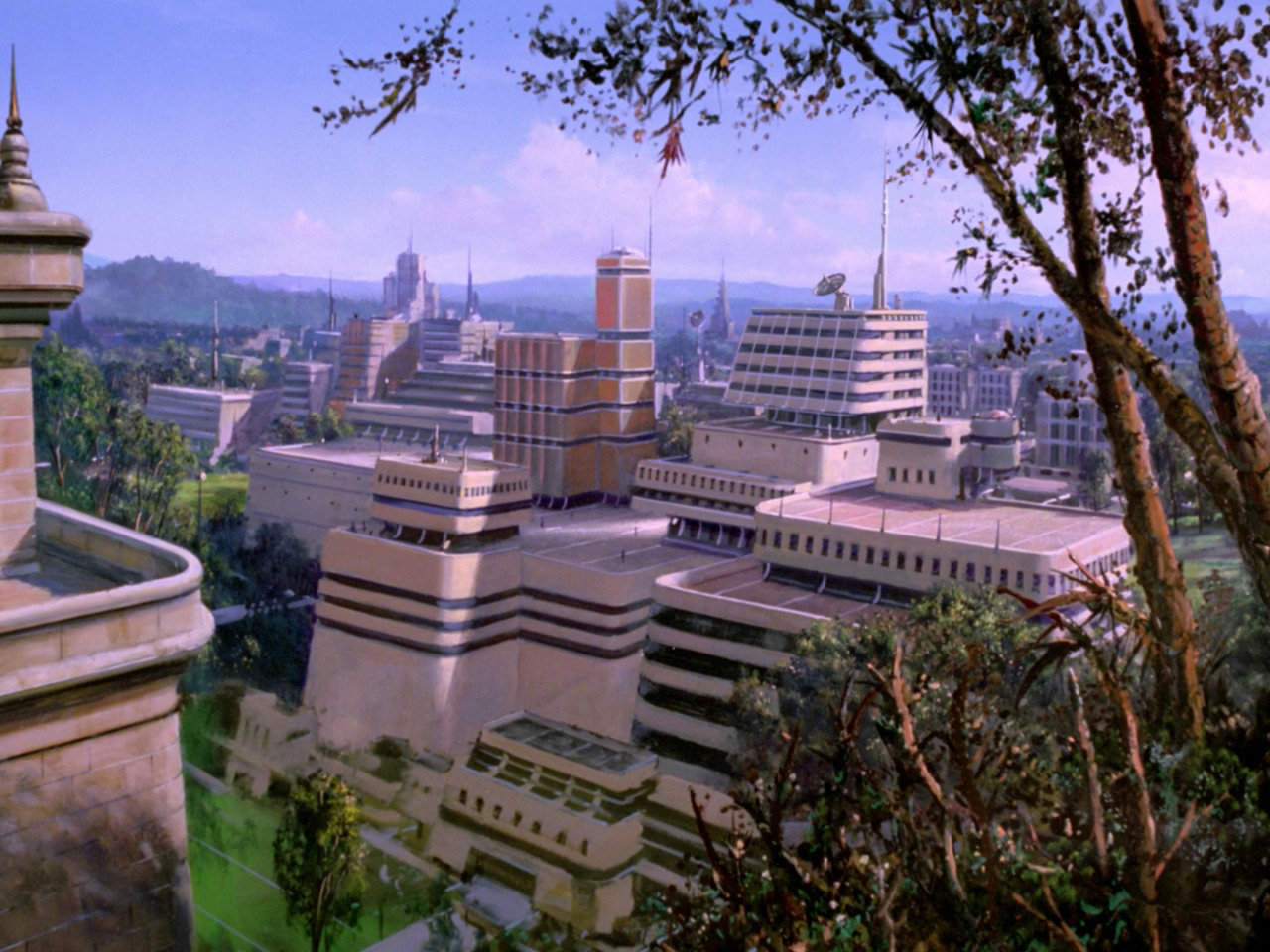 Take a look at this gorgeous collection of matte paintings used for backgrounds on “Star Trek: The Next Generation” and “Star Trek: Deep Space Nine.” They are the last of their kind; everything is CGI now.