How Does a Critic Watch A Movie? 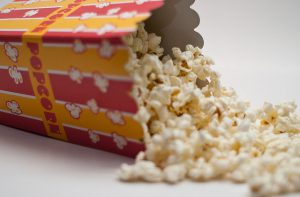 If you’ve ever wondered how a movie critic finds things in a movie you’ve missed (or misses things you think are significant) take a look at this good introduction by Allie Volpe about how a critic watches a movie.

Pay attention to the whole frame
One of freelance critic Candice Frederick’s favorite scenes in the heist thriller Widows features a long, unbroken shot where Colin Farrell’s politician character and his campaign manager, played by Molly Kunz, are in a heated discussion in a car. The viewer doesn’t see their faces but instead watches as the camera captures the changing landscape around the car. “We don’t see them because the director wants us to look around,” Frederick says. “These moments when you’re not focused on the characters’ faces and you think it’s downtime — in that scene, there’s so much being said. It really implores you to watch the screen, because, in addition to that, there’s a whole bunch of things happening on the street that we’re supposed to be looking at.” Don’t miss an opportunity to take in some plot development just because the camera isn’t focused on the stars.

And this one is good advice for looking at anything:

Question everything
Take a curious approach to all aspects of the story, from characters to setting. Frederick likes to begin with believability, even in fantastical settings. “Thinking from your own experience, would someone react like that? Is that real?” she says. “Ask questions about what you’re being presented, and ask whether you can see humans talking to other humans in that way.”

Consider alternative scenarios, and question whether the story could’ve ended a different way. This forces you to think critically and confront the things you thought were weak or unrealistic. “Say, why did such-and-such happen? Or why did this happen instead of that?” Frederick says. “Ask questions. Talk about it afterward.” You don’t necessarily need to arrive at the answers — just asking is enough to get you into a more critical frame of mind. And the more you do it, the easier it will be at the next movie you see, and the next one after that.