Interview: Gretchen Mol on “A Family Man” for Where to Watch

My interview with Gretchen Mol about “A Family Man” appears on Where to Watch.  She talked about giving some complexity and depth to the “you’re never home” wife character. 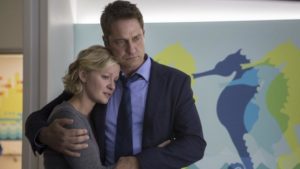 The movie is not “A Family Woman.”  So much of it is his perspective and his journey. But one of the important things about playing a part like this, that it’s so important for my character to love him. She is there to show the audience that he is loved and loveable even when that might otherwise be hard to believe.  It’s hard sometimes not to judge her for loving him but I had to as the actor kind of come to a point where I had to understand why she does.  It’s funny because when I initially read the script I didn’t think of them as being super successful necessarily, but I did think she is attracted to his sort of kind of cockiness or that nature of that person. When he says, “What’s not to love?” she really loved that.