It almost seems like there really was a movie back in 1977 called “Stinker Lets Loose,” part of those affectionately remembered cornpone road films like “Every Which Way But Loose,” “Cannonball Run,” and “Smokey and the Bandit.” There should have been, anyway. And now there sort of is, with the novel and audiobook (exclusively from Audible) starring Jon Hamm. 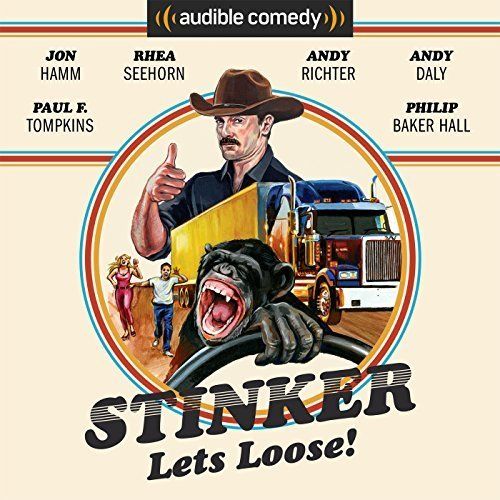