Rent This Instead: A Better Ed Helms Raunchy Comedy (that isn’t “Hangover”)

“Vacation” is a gross, dumb disappointment. If you want to see Ed Helms in a much better raunchy comedy, try the neglected gem Cedar Rapids

. Helms plays a mild-mannered, small town insurance guy who is tapped at the last minute to go to the “big city” trade conference in Cedar Rapids, where he is exposed for the first time to all kinds of bad behavior. The entire cast is outstanding, including Anne Heche, John C. Reilly, Isiah Whitlock Jr., and Sigourney Weaver. It is everything “Vacation” is not — smart, funny, and full of heart.

is filled with great craft projects that incorporate some sneaky math lessons into origami versions of iconic superheroes. 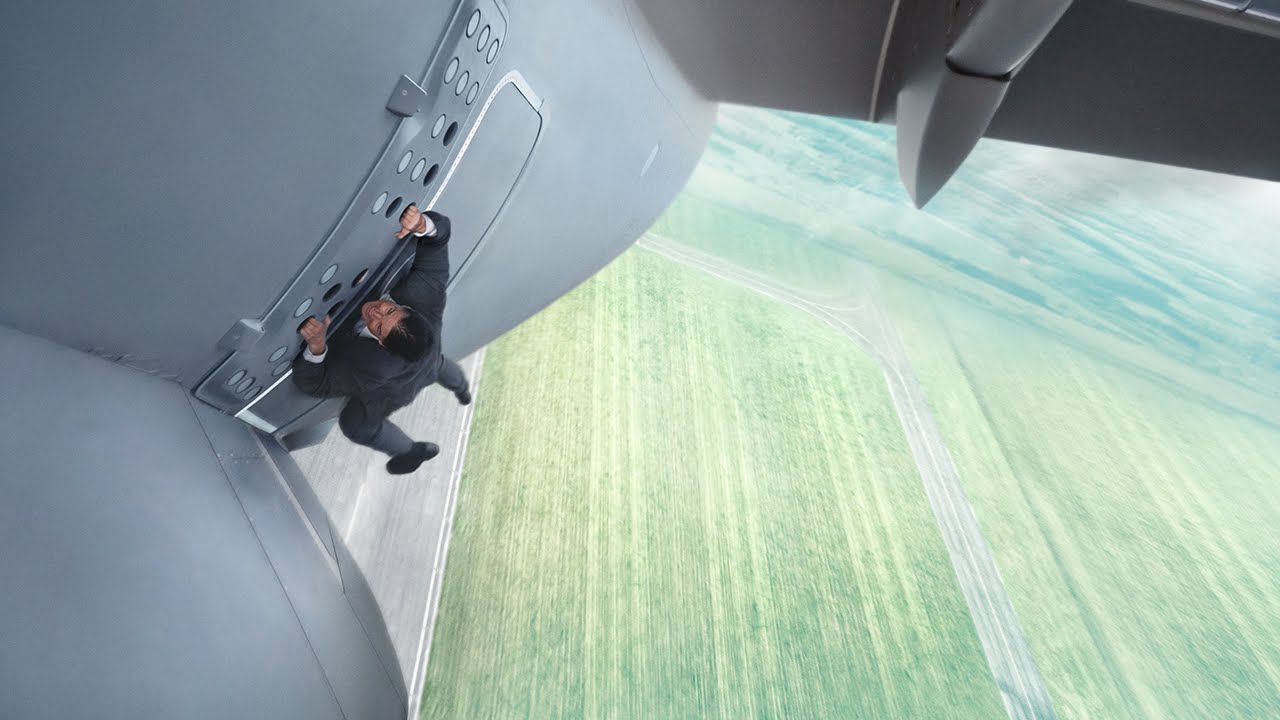 You think you’ve seen it before? Well, it is a familiar situation. Hitchcock had an assassin waiting in a concert hall for the right moment to shoot and our hero trying to stop it — twice, in the original “Man Who Knew Too Much” and the endlessly repeating “Que Sera Sera” remake. There was something along those lines in “Foul Play,” too, with Dudley Moore conducting. And you’ve seen four earlier “Mission Impossible” movies with Tom Cruise already. So you think you know where this is going? You are wrong. You’ve never seen this.

“Mission Impossible: Rogue Nation” is the action movie of the year, with stunts and chases that are dazzling in conception and execution. You know that amazing shot from the trailer with Tom Cruise hanging on to the outside of a plane as it takes off, the G-force coming at him like a locomotive and his legs dangling off the side as the ground disappears below? I’ll bet you thought that was the movie’s climax — in any other movie it would be. In any other year it would stand out as the best we saw. But in this film, they’re just getting started. It’s over by the time the credits come on, so we can get down to the real stuff.

Testifying before Congress we have angry bureaucrat Henley (Alec Baldwin) and imperturbable IMF chief Brandt (Jeremy Renner) responding to questions about some of the activities of the Impossible Mission Force, following that Russian blow-out in the last movie. Soon IMF is shut down, just as Ethan Hunt (Cruise) is (1) finally learning about this movie’s bad guys, known as The Syndicate, and (2) captured.

Good thing he’s been doing his ab exercises, because his hands are cuffed behind a pole, so some very impressive legwork is going to be needed to get him up and over. Hunt manages to escape with the help of a beautiful and mysterious women named Ilsa (Rebecca Ferguson) who is either on his side or not.

They next meet up at the Vienna Opera House where a brilliantly-staged instant classic sequence has Hunt and a would-be assassin fighting while a production of “Turandot” is going on below — and a head of state is enjoying it with his wife from their box seats.  Coming up: a wild motorcycle chase scene and an underwater adventure with no oxygen tanks allowed.

So who cares if they keep referring to a thumb drive as a disk, the concept of “The Syndicate” is as weak and unimaginative as its name, and the final confrontation is logistically impossible? It is enormous fun, and Cruise is a master at the top of his game. There are exotic locations, the stunts and actions scenes are intricate and clever, and, of course, the fate of the world is at stake just as our heroes are entirely on their own. We know that the IMF team will be disavowed if they are caught; that’s the end of the assignment messages, just before they self-destruct. This is the fifth film; we think we know how this goes.

But we start getting surprises right from the beginning as writer/director Christopher McQuarrie (“The Usual Suspects”) knows where the twists go (this is not your usual monologuing hero and villain) and Cruise knows just how to deploy his endless movie star sizzle. My favorite moment in the movie is the look on his face in the middle of a flight scene when his adversary pulls out yet another weapon and Cruise gives him (and us) a look that says, “Dude. Really?”

McQuarrie wisely gives Simon Pegg and Jeremy Renner some screen time, and the sizzling Ferguson is Hunt’s equal in fight skills, spycraft, and keeping everyone else guessing. The real Mission Impossible is topping the earlier films in the series plus upstarts like “Fast/Furious.” Challenge accepted.

Family discussion: How did Ethan decide who was trustworthy? Should Ethan have notified the British authorities of the threat? Should real spies behave like this?

If you like this, try: The four earlier “Mission Impossible” movies and the “Bourne” series

Related Tags:
Action/Adventure Based on a television show DVD/Blu-Ray Pick of the Week Series/Sequel Spies 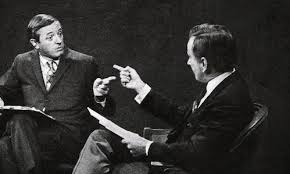 Once upon a time, network television news was dignified, objective, and delivered in stentorian, voice-of-God tones by white, vaguely Protestant men, in half-hour increments at the dinner hour. And then, in 1968, third-ranked network ABC, unable to compete with CBS and NBC in gavel-to-gavel coverage of the political conventions delivered by universally respected news teams, decided to try something new. For $10,000 each, they hired extreme right-wing author/journalist William F. Buckley and extreme left-wing novelist/journalist Gore Vidal to discuss and debate each day’s events at the conventions which would end up nominating Richard Nixon and Hubert Humphrey.

Buckley and Vidal had a great deal in common. They were both combative, rapier-witted, hyper-verbal men from upper-class families, probably the last generation to be able to refer to themselves as “one” unironically. Both ran for office, perhaps more as theater than as real-life politics. When asked what his first act would be if he was elected mayor of New York City, Buckley famously quipped, “Demand a recount.”

And both men had in common a deep, visceral, loathing for one another that even exceeded their disdain of each other’s politics. Buckley was Catholic and a social as well as political conservative. Vidal was a proud libertine, whose most recent book at the time, Myra Breckinridge, was about a transgender woman, played by Raquel Welch in the movie version.

Their debates were unprecedented in the staid world of television news. So were their ratings. “Best of Enemies” is a new documentary about the Buckley-Vidal convention commentary.  It is fascinating as theater to see two classically educated, combative, passionately partisan, men who so seldom met their matches square off against one another. Mere mortals who suffer from l’esprit d’escalier (the spirit of the staircase — the witty riposte not thought of until leaving the party on the stairs) can only envy these rapier-witted combatants try to use the upheavals of one of the most tumultuous and politically charged years in American history to score personal and political points. By the end, they were more interested in hurting each other than helping their causes. Buckley famously lost his temper and used a homophobic slur that was shocking in those days when everything on television was bland and family-friendly.

It is more than entertaining. It illuminates a significant moment in a time of enormous change. And the filmmakers are persuasive that it was a turning point that led directly to contemporary “news” that, as anchorman Howard K. Smith said to Buckley and Vidal at the end of their final segment, shed more heat than light. 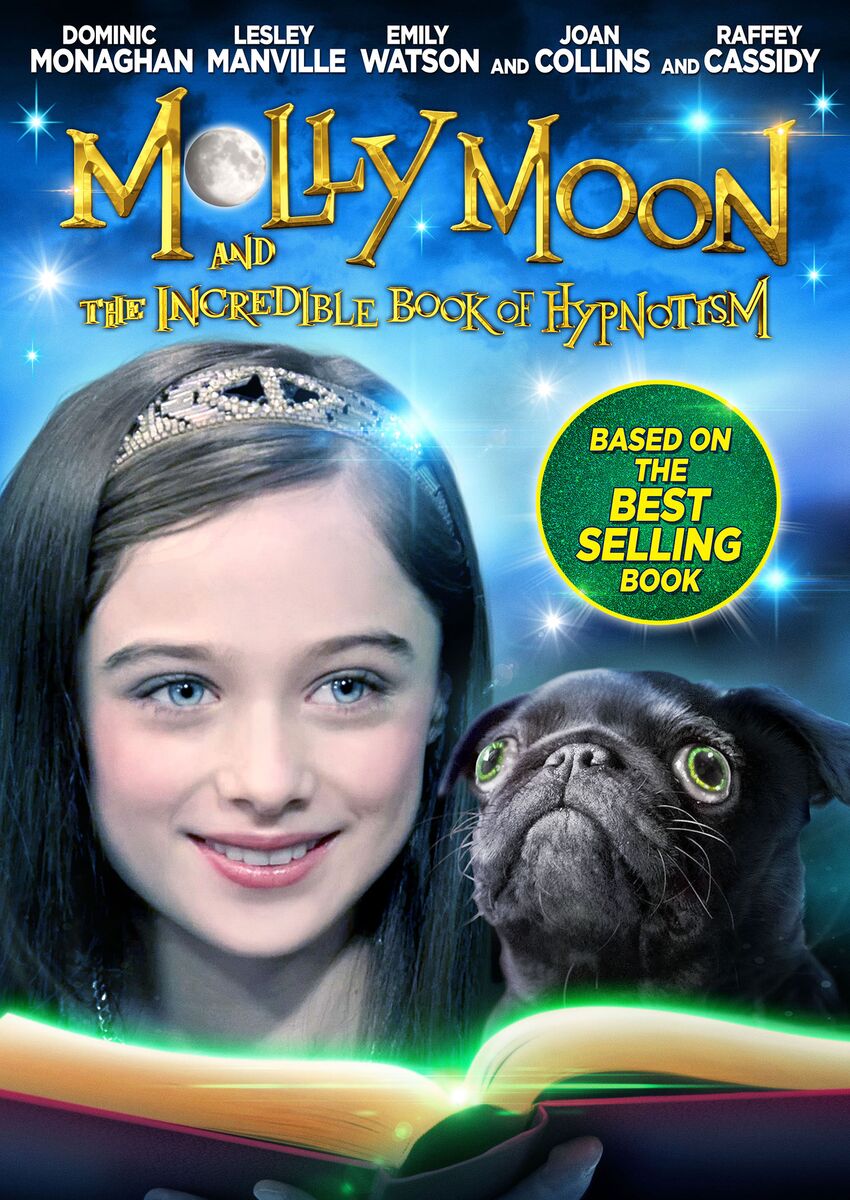 is now a film starring Dominic Monaghan (“The Lord of the Rings: The Return of the King”), Lesley Manville (“Maleficent”), Emily Watson (“The Theory of Everything”) and Joan Collins (ABC’s “Dynasty”) and Raffey Cassidy, the breakthrough star of “Tomorrowland.” It will be available in theaters, on VOD, and iTunes on August 14, 2015.

Related Tags:
Based on a book