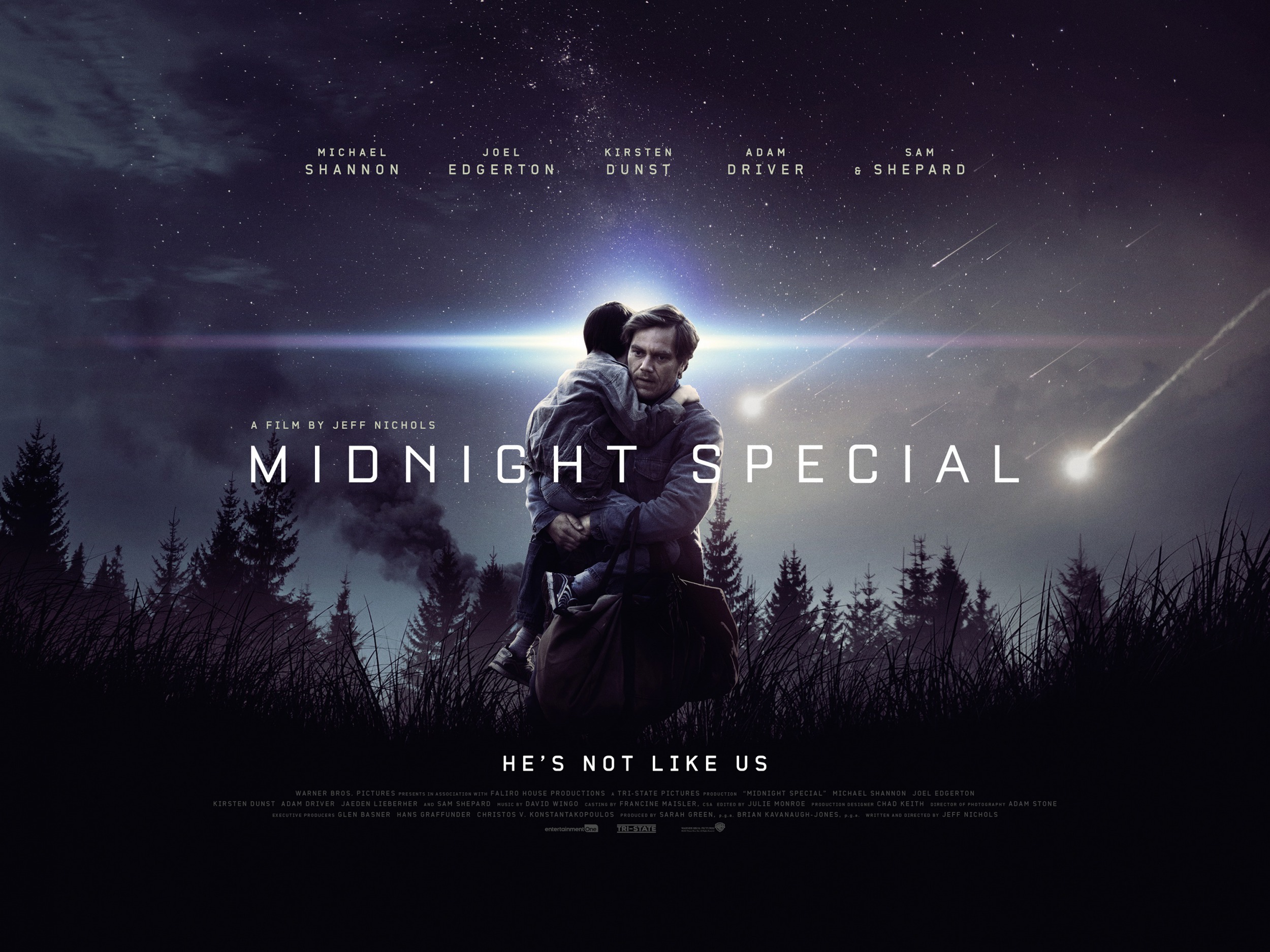 B+
What would happen if someone appeared with strange special powers? What if the person with special powers was an eight year old boy? Would a religious group consider him an angel or maybe a savior? Would the government consider him a threat? How would his parents protect him and teach him what he needed to know when in so many ways he would be teaching them?

In “Take Shelter,” writer/director Jeff Nichols gave us Michael Shannon as a man with apocalyptic visions that might have been a mental breakdown or might have been the real thing. In “Midnight Special,” Shannon again stars, this time as the father of a boy named Alton Meyer (Jaeden Lieberher of “St. Vincent”) who is being hunted both by a religious cult and the US government.

It takes a while to figure this out. We first hear an Amber alert about a missing child who has been taken from his parents and then we see two men in a seedy motel, the window covered with cardboard, and we have to suspect the worst. The child is sitting on the floor wearing goggles and industrial-grade earmuffs and is covered by a sheet.

It looks grim and gruesome, but as soon as Roy (Shannon) picks up the boy, it is clear that they are devoted to one another. Although the Amber alert referred to a couple as the missing boy’s parents, it is Roy who is Alton’s father. Roy and Alton are traveling with a man named Lucas (Joel Edgerton), who seems very committed to protecting them but not very knowledgeable. He often asks Roy questions about Alton, not to pry or to get to know him better but to be better able to protect the boy. At this point, we still don’t know what they are protecting him from, or why anyone would want to hurt him.

A religious group with women in the pastel prairie attire, with intricate braided hair, is led by Calvin Meyer (Sam Shepherd), who leads his congregation in a recital of a string of numbers. Their prayer service is interrupted by the FBI, which takes them all away in buses for questioning. They each send search teams to find the boy. Roy and Lucas take desperate measures to keep him from being found. An official from the NSA (Adam Driver, excellent) tries to figure out how an eight year old boy has access to encrypted national security data.

We begin to learn about Alton’s gifts and vulnerabilities and about the stress both have brought to Roy and the boy’s mother, Sarah (Kirsten Dunst). Lieberher is outstanding, with a gravity and dignity that tell us more about Alton than the special effects. In the movie’s most touching moment, he tells his father not to worry about him. “I like worrying about you,” Roy says.

Parents should know that this film has violence including guns, characters injured and killed, supernatural destruction, adult and child characters in peril, and brief strong language.

Family discussion: Why does Roy say he likes worrying about his son? Who is in the best position to protect someone like Alton?

If you like this, try: “Close Encounters of the Third Kind” and, for a silly and raunchy story with a similar plot, try “Paul” 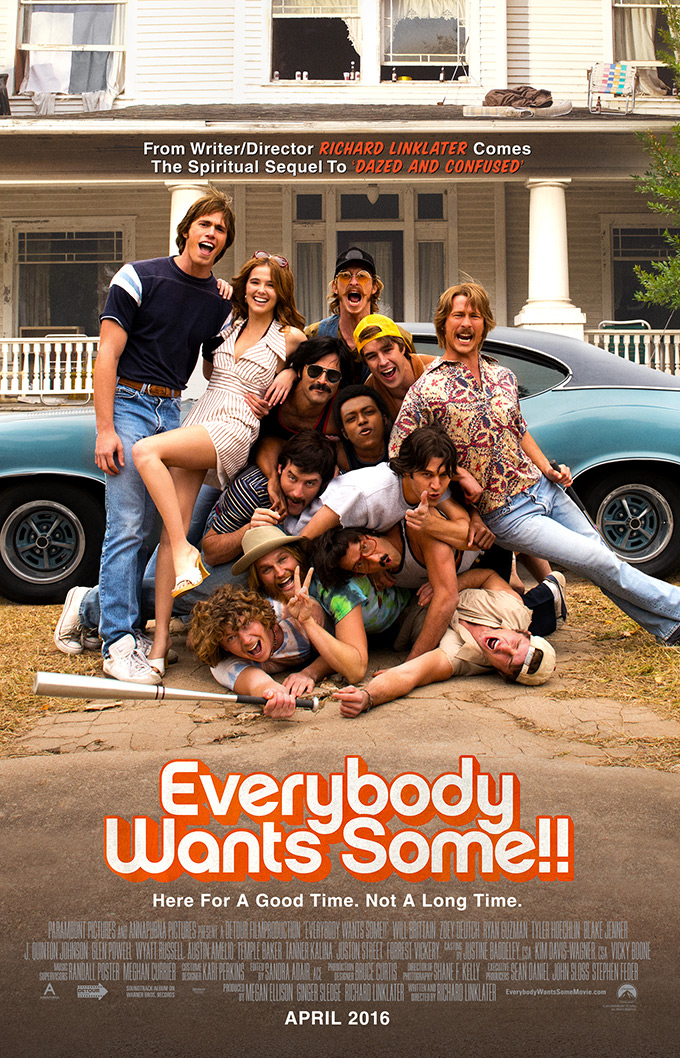 A+
“Everybody Wants Some!!,” the “spiritual sequel” to Richard Linklater’s Dazed and Confused, is so much fun that it is easy to overlook how sweet it is and how smart it is. Those who are hoping for the same combination of slightly smug nostalgia, outrageous partying, smart, self-aware characters including at least one who is older than the others but prefers to hang out with teenagers, almost no grown-ups, and a superbly curated soundtrack will find all of that. Like “Dazed and Confused,” the title comes from a rock song with some smokin’ guitar licks, this one, two exclamation points and all, by Van Halen. But this film is subtler, more ambitious, heir not just to “Dazed and Confused” but also to Linklater’s impressionistic, existentialist film “Waking Life,” and even to his “Before” trilogy as well.

As in the earlier film, the time period is compressed. “Dazed and Confused” took place on the last day of high school. “Everybody Wants Some!!” takes place on the weekend before classes start at an unnamed Texas college. It opens with freshman Jake (Blake Jenner) driving to school in a convertible, blasting — of course — “My Sharona.” Welcome to 1980.

Jake is about to move into the house set aside for the members of the school’s baseball team, nationally ranked and the heroes of the school. (Linklater played college baseball for two years at Sam Houston State University.) As soon as he arrives and introduces himself to his new teammates, the dynamic that plays out through the rest of the film is established. These guys are athletes, so they are very competitive as individuals but also very aware that in order to be successful as a team they have to be competitive in a way that helps the team. Linklater and his exceptional young cast, all of whom had to audition both for acting and for ability to play baseball, perfectly capture the endless jockeying for position combined with an instinctive teamwork based on constant assessment of one another. They use a made-up word I can’t quote here to describe the way their physical and verbal interaction combines one-upmanship and more benign getting-to-know-you high spirits, both instinctively team building.

Not much happens in the movie, at least on the surface. The guys hang out and talk. There’s a ping pong game, some locker room hijinks, ingestion of various mood-altering substances, and of course a lot of discussion about and pursuit of the ladies. This leads them to several different venues and it is a lot of fun to see them adapt (including changes of clothes) as they go from a disco to a “kicker” (country music) bar, to a punk performance and finally a costume party given by the drama students.

But this is not the usual college comedy, thankfully avoiding the usual humiliation and clunky life lessons. The incoming freshmen are (mostly) smart, self-aware, and curious. The women (mostly) are not significant enough to merit much in the way of personality or storyline, and the male characters may tend to objectify or exploit them but the movie does not. They are smart, capable, looking for a good time, and self-aware, and the one we spend time with (Zoey Deutch, in a lovely performance as a drama student named Beverly) has a walk-and-talk (and float) conversation with Jake that reminds us this is a film from the writer/director of “Before Sunrise.”

The entire cast is superb, especially Jenner (“The Glee Project”), Wyatt Russell (“22 Jump Street”) as a transferring senior with a taste for philosophy and weed, Glenn Powell (“Expendables 3”) as the smooth-talking Finnigan, and J. Quinton Johnson as Dale, who is willing to explain to the newcomers what is going on.

Not much seems to be happening as the characters go from one party to another, but it does in fact cover a surprising range of ideas with a great deal of insight. It is a “spiritual sequel” in literal terms, if not grappling with then at least pondering the meaning of existence and the existence of meaning. The utterly perfect final shot brings that home perfectly.

As the characters keep changing their clothes to fit in at each venue, they ask themselves whether they are pretending or adapting. Jake talks about how each of them had always been the best baseball player at home, only to come to college and share a team with an entire group of best players. The guys think about who they are and what their goals are (hey, it’s a college movie; you know what their goal is, but there’s more there, too).

It takes place over a few days but Linklater’s perspective on existence, meaning, and the passage of time is subtly interwoven between the bong hits and the hitting of various balls. As the young baseball players reckon with their future prospects (and dream up a possible scout for the pros who could be hiding anywhere), they and we know that, like the movie itself, their time playing baseball is brief, and that’s all the more reason to enjoy the show.

NOTE: Stay through the credits to see a delightful musical number created by the cast

Parents should know that this film includes very strong and crude language, extensive partying with drinking and drugs, sexual references and situations, and nudity.

Family discussion: Did the guys’ competition with each other help or hurt the team? What are the biggest differences between what went on here and what would happen today?

If you like this, try: “Dazed and Confused,” “Waking Life,” and “Before Sunset” from the same writer/director 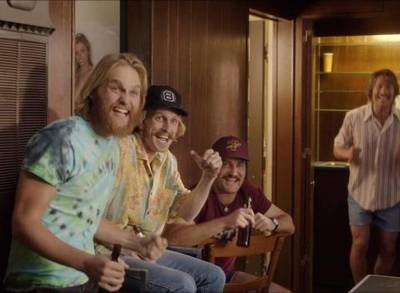 The Movie-Making Families of Two Stars of “Everybody Wants Some!!” The attractive young cast of Richard Linklater’s new film, “Everybody Wants Some!!” includes two actors who come from Hollywood families. Wyatt Russell, best known for “22 Jump Street,” plays a transfer student. He is the son of Goldie Hawn and Kurt Russell.

And Zoey Deutch, who plays a drama student, is the daughter of Lea Thompson (“Back to the Future” and the television series “Switched at Birth”) and director Howard Deutch (“Pretty in Pink” and episodes of “True Blood,” “American Horror Story,” and “Jane the Virgin”).

This week, in honor of Women’s History Month, on rogerebert.com women critics write about film. One featured essay is my appreciation of Nora Ephron, which notes that “Nora Ephron has been portrayed on screen by Diane Keaton, Sandra Dee, Meryl Streep, and Streep’s daughter, Grace Gummer. And that’s just the characters based on her life; her wit and insight are reflected in dozens of other characters she created as well.”

Thoughts on the 25th anniversary of “Thelma and Louise”

Jessica Ritchey on “The Double Life of Veronique“ 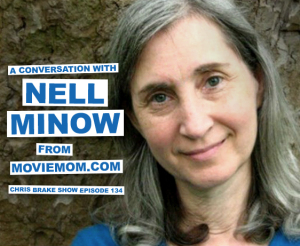 Thanks very much to Chris Brake for inviting me on his show! It was a lot of fun. Here’s what he said about our conversation.

Movie Mom talks Nora Ephron, the WFOD Hollywood Fantasy League, why Batman vs Superman and My Big Fat Greek Wedding 2 are bad Fantasy League picks, Movie Mom’s 3 reasons Adam Carolla is wrong, why she’s the only critic in the world who liked the Bratz movie, which movies make money no matter what reviews say, good documentaries you should check out, Midnight Run, Good Girls Revolt, and some exclusive insider info about My Blue Heaven that no other reviewer will tell you. And later, Movie Mom accuses Adam Sandler of having contempt for the audience (with valid supporting evidence).

You can listen to it here.