This adorable gif from “Madame Satan” celebrates the moment that the old year ends and the new one begins. Happy happy new year to all of my readers and I look forward to sharing more with you in 2018.

A Community, a Drive-In, and Some Movie Magic: Jan 3 at Alamo Drafthouse in Virginia

In the 1950s, there were over 4000 drive-in theaters across the country. There are only about 330 left today. Don’t miss “At The Drive-In,” the award-winning true story of the Mahoning Drive-In Theater (@MahoningDIT), with a live Q&A with director Alexander Monelli (@Monellifilms), January 3, 2018 at 7:20pm. 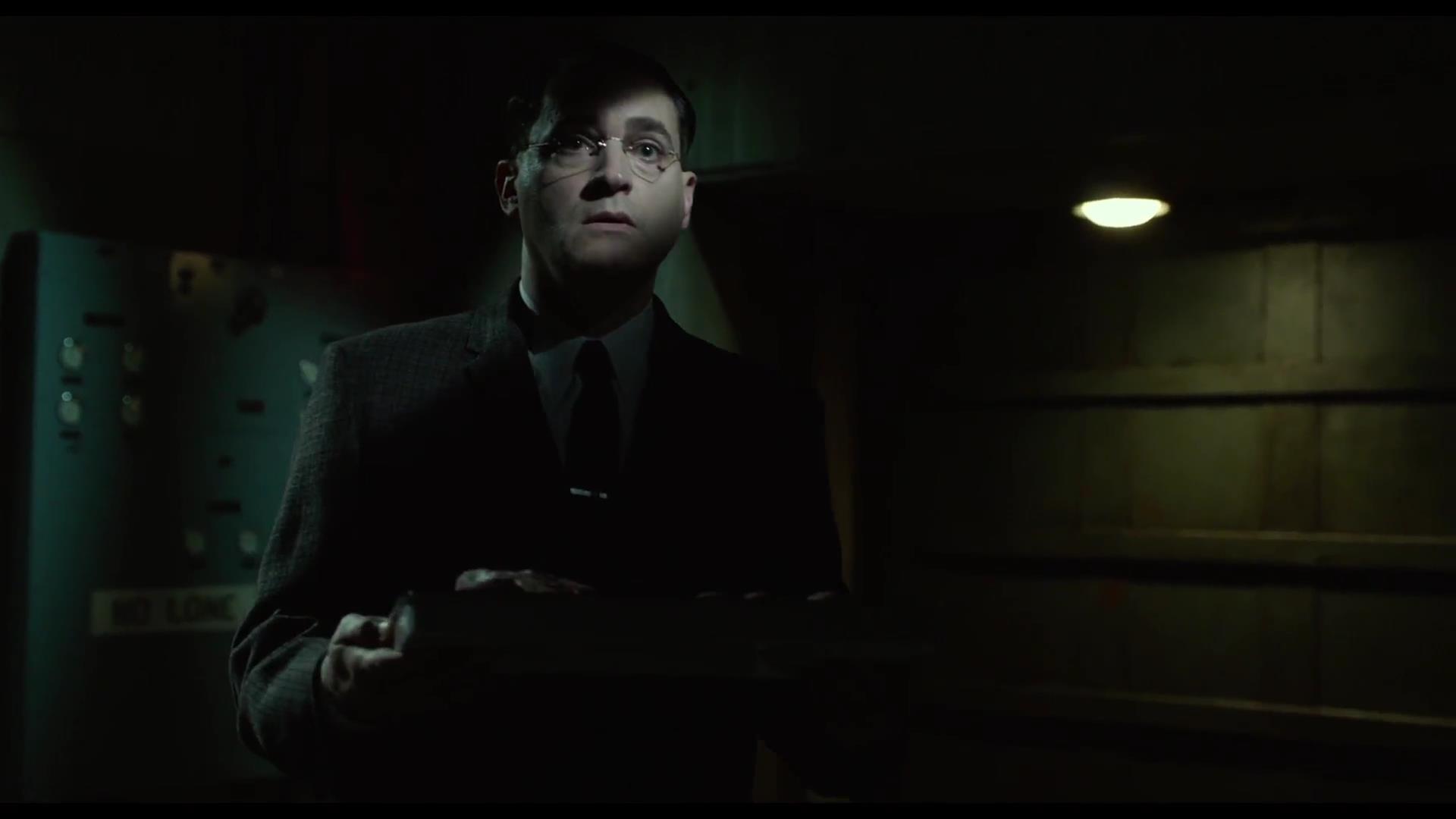 MVP of the Month: Michael Stuhlbarg

Movie critics have been releasing their end-of-year top ten lists and mine, like many others, includes three films that feature one of Hollywood’s finest actors, Michael Stuhlbarg. In “The Post” he plays New York Times Executive Editor Abe Rosenthal, friend and rival of Washington Post publisher Katharine Graham, played by Meryl Streep. In “The Shape of Water,” he plays a scientist at a top-secret government lab who is hiding a secret of his own. And in “Call Me By Your Name” he plays a professor deeply imbued with culture and learning spending the summer with his family in Northern Italy. The wise, compassionate speech he makes to comfort his heartbroken son is one of the most moving scenes ever filmed.

I once had the privilege of interviewing Stuhlbarg. The movie we were talking about was “A Serious Man,” written and directed by the Coen brothers, where he played a professor of physics. In one scene set in a classroom he covers the blackboard with equations, writing so quickly that I assumed it was a camera trick until the shot opened up and it was clear that it was him and he really was writing all of the numbers and Greek letters as though he had been doing it all his life. I asked him about it and his answer was simple, straightforward, and very meaningful. He said that the character would have been able to write all of the equations very fluidly and he wanted to make it look as though he was completely familiar and at ease, and so every night he just wrote them and wrote them and wrote them over and over until it was completely natural.

Stuhlbarg is an immensely talented actor who brings enormous depth to every role. I highly recommend taking a look at “Men in Black 3” to see his gem of a performance as an ineffably sweet alien with extraordinary powers of perception and “Steve Jobs,” where he plays a frustrated computer scientist who finally speaks up to his demanding boss. He is also outstanding in “Trumbo” as Edward G. Robinson, a sophisticated art collector who played tough guys in movies and as actual tough guy Arnold Rothstein in “Boardwalk Empire.”

Stuhlbarg will return to Italy in the upcoming “Gore,” playing the longtime partner of writer and enfant terrible Gore Vidal. I am looking forward to it.

Some movies to help celebrate the new year:

Cary Grant and Katharine Hepburn “step into a waltz as the old year dies” while the fancy society engagement party for him and her sister goes on downstairs.

Best Picture Oscar winner “The Apartment” has Jack Lemmon and Shirley MacLaine playing what might be sweetest card game in movie history. “Shut up and deal.”

A New Year’s Eve celebration goes very wrong when a tsunami hits the cruise ship on “The Poseidon Adventure.”

Other movies with New Year’s Eve scenes: “About Time,” “The Holiday,” “The Godfather Part II,” “Bridget Jones’ Diary,” and “Rent.”

Happy new year! Here’s hoping for health and happiness — and lots of good movies — for all.

We bid a sad and fond farewell to Rose Marie, a star from the era of radio to the era of Twitter, who died yesterday at age 94. She is best remembered today as Sally Rogers, the wisecracking comedy writer (inspired by Selma Diamond) on the fictitious “Alan Brady Show” in my all-time favorite television series, “The Dick Van Dyke Show.” Sally’s brash humor, mostly directed toward herself and her single status, was a perfect counterpoint to Van Dyke’s suburban dad and Morey Amsterdam’s non-stop one-liners. For me, and I imagine for many girls and young women across the country, the writer with the bow in her hair who was the only woman in the room was an inspiring example of an independent, respected working woman. In her appearances on talk shows and “The Hollywood Squares” she was as quick and funny as the character she played. And could she sell a song.

After all, she had been a singing superstar as a little girl with a very big voice and and a bigger personality, billed as “the child wonder.”

Here she gives her thoughts on comedy.

And how the Sally Rogers character was based on her own personality.

I was proud to contribute to the Kickstarter campaign for the documentary about Rose Marie that came out earlier this year. It includes many remarkable stories about her early days as a child superstar and her appearances in Las Vegas back when the mob was running the casinos.

I was so sad to learn of the passing of Rosemarie. There’s never been a more engaging & multi-talented performer. In a span of 90 years, since she was four, dear Rosie performed on radio, in vaudeville, nightclubs, films, TV, & Vegas & always had audiences clamoring for “more!!”

Bill Persky, a writer for the show, paid tribute on Twitter as well: “Laughter lost a friend today with the passing of Rosemarie, Every line we wrote for her was guaranteed, she never failed to deliver, The New Year will be less happy with her gone.”

Columnist Amy “Ask Amy” Dickinson wrote in her book that her appearances on the NPR show “Wait Wait Don’t Tell Me” are inspired by her inner Sally Rogers. I think all of us of that generation, especially those who write, have a bit of Sally — and Rose Marie — in us.

May her memory be a blessing.