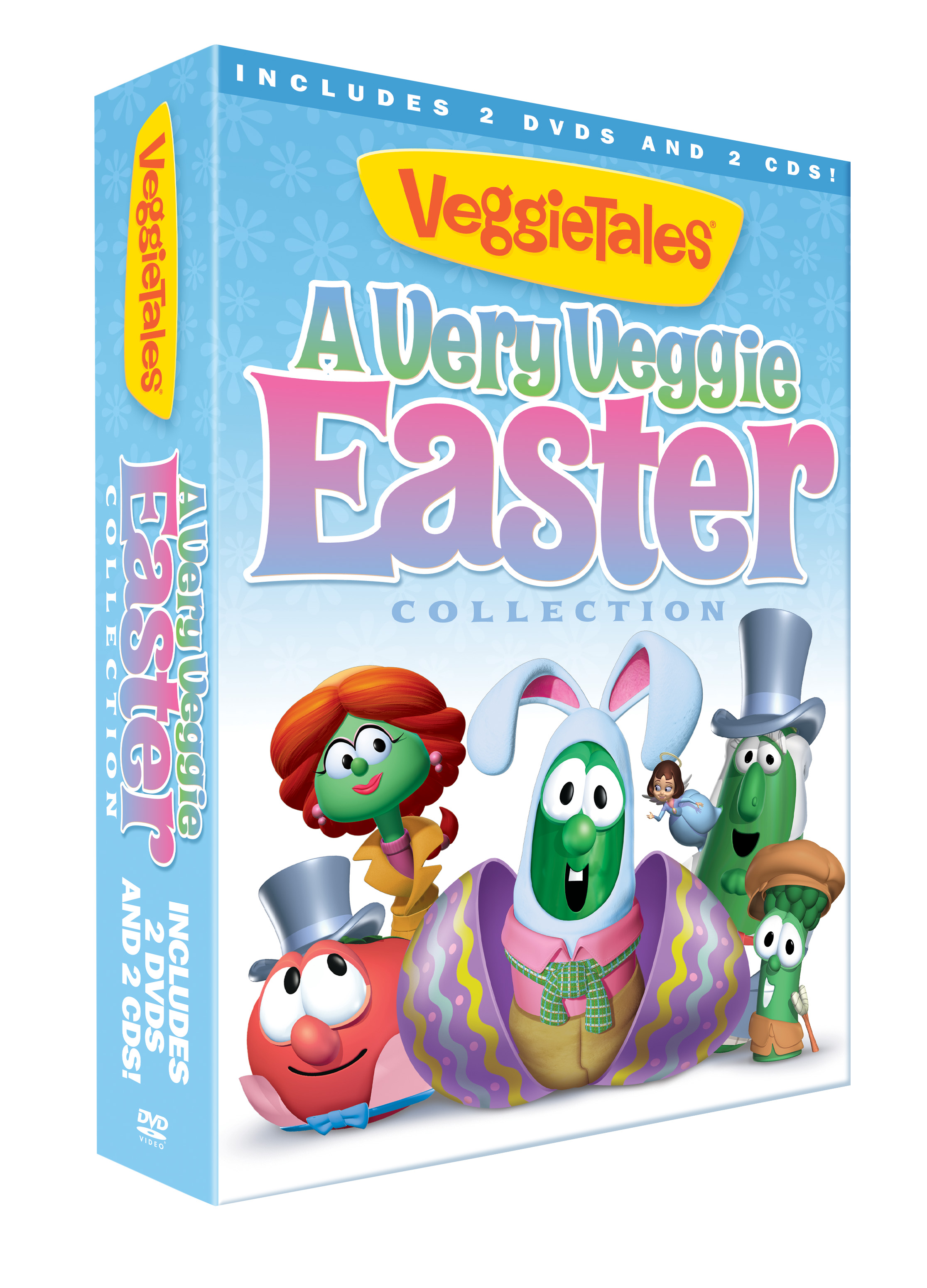 Have a blessed Easter!

Some of the best Easter movies for families:

Ben Hur: The heart-pounding chariot race is a classic in this stirring film with Charlton Heston as a proud prince turned slave whose life is transformed by an encounter with Jesus. The remake with Jack Huston is also very good.

The Passion of the Christ: Mel Gibson’s record-breaking blockbuster created a lot of controversy for its intense violence and charges of anti-Semitism and Gibson’s decision to have the cast speak in Aramaic. But it succeeds as a personal statement about the suffering Jesus endured in the last hours of his life as a demonstration of his divinity and his sacrifice in taking on the sins of the world.

The Gospel According to St. Matthew: This intimate, poetic, humble, and moving portrayal of the life of Jesus from Italian director Pier Paolo Passolini features young, local performers.

Godspell: This tuneful musical has Broadway star Victor Garber as Jesus, singing and dancing through urban environments to put the story into a contemporary context.

Easter Parade: Fred Astaire and Judy Garland star in a musical that has little to do with the holiday other than the unforgettable title tune, but the story of a successful performer who needs a new partner is a lot of fun.

Jesus Christ Superstar: Andrew Lloyd Webber’s rock musical about the life of Jesus includes the beautiful songs “I Don’t Know How to Love Him” and “Hosanna.” The live television broadcast with John Legend was sensational.

Veggie Tales: An Easter Carol — Our veggie friends Larry and Bob present a gentle and witty kid-friendly reminder that Easter is about more than eggs and candy.

The Gospel of John: A sincere, reverent, and dignified presentation of the life of Jesus stars Henry Ian Cusick, who portrays Jesus with a warmth, wisdom, and sadness that add a great deal to the story.

The Robe: Richard Burton plays a tribune who is in charge of the crucification of Jesus who wins Jesus’ robe with a role of dice. Being touched by the robe changes his life and he goes on a journey to try to learn more about the man he killed. 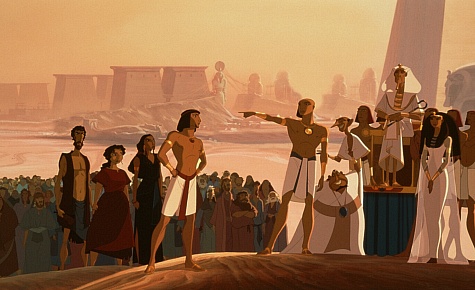 Have a blessed Passover!  Whether you’re on Zoom or socially distant in person, enjoy the holiday devoted to family, freedom, and courage. Dayanu!

The story of the exodus to freedom is for all ages. 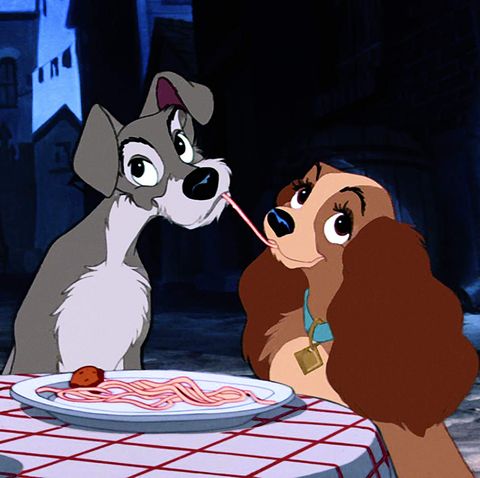 I love this Christmas play from “The Bells of St. Mary’s,” mostly improvised by the children performing it. 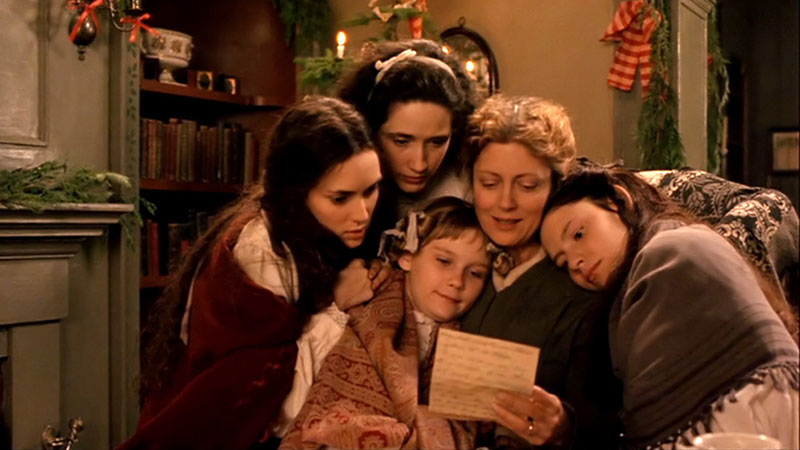 I love the classic Christmas movies and watch as many as I can every year.  But there are many great Christmas films that don’t get mentioned as often and I like to remind families that these are worth making time for as well.

1.  The Nativity Story  This sincere and respectful story is a good way to remember that Christmas is about more than presents and parties.  “Whale Rider’s” Keisha Castle-Hughes has a shy but dignified and resolute air and she glows believably as the very young woman who is selected as the mother of Jesus. And “Star Wars” heart-throb Oliver Isaac effectively conveys tenderness, doubt, courage, and transcendence as Joseph.

Truman Capote’s bittersweet memory of his childhood Christmas making fruitcakes with his elderly cousin, the only relative who cared about him is beautifully filmed with the magnificent Geraldine Page and Capote himself reading the narration.

The California Raisins guys put together this Christmas special, with the highlight the funniest-ever performance of “Carol of the Bells.”

4. Come to the Stable

Loretta Young and Celeste Holm are French nuns trying to raise money to build a hospital.  Their faith and goodness transforms those they meet.

“Christmas won’t be Christmas without any presents” is the first line of this classic novel based on the loving if sometimes tumultuous family of author Louisa May Alcott.  The movie opens with an important Christmas lesson about the joy of giving. All three feature film versions are great family films.

6. Klaus A Christmas traditions origin story begins with a spoiled son of a wealthy family sent away to learn responsibility by delivering letters in a bitterly divided town. It is a beautifully animated Netflix film with voice talent that includes Jason Schwartzman and Rashida Jones.

7. This Christmas I love this movie about a family with five adult children who return home to celebrate Christmas with their mother and youngest brother.  The outstanding cast includes Regina King, Idris Elba, Loretta Devine, and Chris Brown.  Be sure to watch through the credits to see a great dance number.

Before Google, companies had human beings to track down information. Katherine Hepburn plays the head of the all-female research department for a television network and Spencer Tracy is the engineer who is installing the company’s first computer, which takes up a whole wall and uses punch cards and vacuum tubes. Sparks fly — and not just in the equipment.

Bruce Willis plays a cop visiting his estranged wife at her office Christmas party when the building is taken over by bad guys led by Alan Rickman in this action-movie classic. And yes, it is a Christmas movie!

10. The Man Who Invented Christmas Dan Stevens plays Charles Dickens who has just a few weeks to write a book in the midst of family conflict and financial pressures. It is a lot of fun to see the way he draws inspiration — and insight — from the people and problems he encounters and the end result is the ultimate classic, A Christmas Carol.

This comedy smash hit stars Macauley Culkin as a little boy who is accidentally left home when his family goes away for the holidays and has to take care of himself and guard the house from a couple of inept thieves.  The slapstick is a bit over the top but the message of Christmas is surprisingly touching.

The story of the plucky orphan from the comic pages became one of the biggest Broadway musicals of all time and one of its highlights is Christmas with Daddy Warbucks.