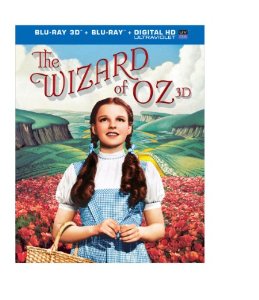 The American Film Institute (AFI) announced today the launch of AFI Movie Club – a daily virtual gathering to leverage our collective love of film on behalf of optimism in this time of global uncertainty. AFI Trustee Steven Spielberg introduced the inaugural film, THE WIZARD OF OZ, in a video that reminds in a timely manner, “There’s no place like home.”

AFI – the authority on American film – will continue to select an iconic movie each day for the world to watch together, creating a communal viewing experience during these unprecedented times of social distancing. Other special guests will announce select AFI Movies of the Day in short videos posted on AFI.com and social media platforms. Audiences can “gather” at AFI.com/MovieClub to view the featured movie of the day with the use of their preexisting streaming services. The daily film selections will be supported by fun facts, family discussion points and exclusive material from the AFI Archive to enrich the viewing experience. Audiences can continue the conversation online using the hashtag #AFIMovieClub.

“AFI’s goal is to live in a world of art above anxiety,” said Bob Gazzale, President and CEO. “We’re honored to have Steven Spielberg, the greatest storyteller of our day, lead the way.”

Family Movies for the Homebound IV: Movies Based on Great Books

More wonderful movies for families to share — these are all based on books that are all-time classics.

The Secret Garden: Agnieszka Holland’s 1993 version of the classic by Frances Hodgson Burnett is my favorite, but the others are good, too. When I first read the book, I loved the heroine because she was so cross, a delightful change from all of the earnest girls in other books. When he parents die in India, Mary must go to the creepy, mysterious home of her absent uncle. The secret garden she discovers there is not even the most remarkable surprise. Also see: A Little Princess (1995 version)

Willie Wonka and the Chocolate Factory: Stick with the first version of Roald Dahl’s classic, Charlie and the Chocolate Factory, about the poor boy who finds a golden ticket in a chocolate bar and gets a tour of the candy factory, along with some other children who are spoiled and obnoxious. You will also enjoy some of the other movies basked on Dahl’s books, “James and the Giant Peach,” “The BFG,” and “Matilda.”

The Wizard of Oz: The most-loved family movie of all time is the Judy Garland, Ray Bolger, Frank Morgan, Bert Lahr, Margaret Hamilton, and Jack Haley version of the story of the Kansas girl who is whisked away to a magical land in a tornado, meets a scarecrow, a tin man, a lion, and a witch, and learns that there’s no place like home. Every time you watch it, you’ll marvel at something new. Also see: “The Wiz” a remix starring Diana Ross and Michael Jackson

The Chronicles of Narnia: Four children entered a wardrobe and found themselves in a magic land, gorgeously brought to life in a series of films.

Harry Potter: J.K. Rowling’s saga about the boy wizard is one of the most successful book adaptations of all time. Read them all and then see the films.

Also see: Family Movies for the Homebound I, II, and III (Chess).

Related Tags:
Based on a book For the Whole Family For Your Netflix Queue Movie Mom’s Top Picks for Families Not specified 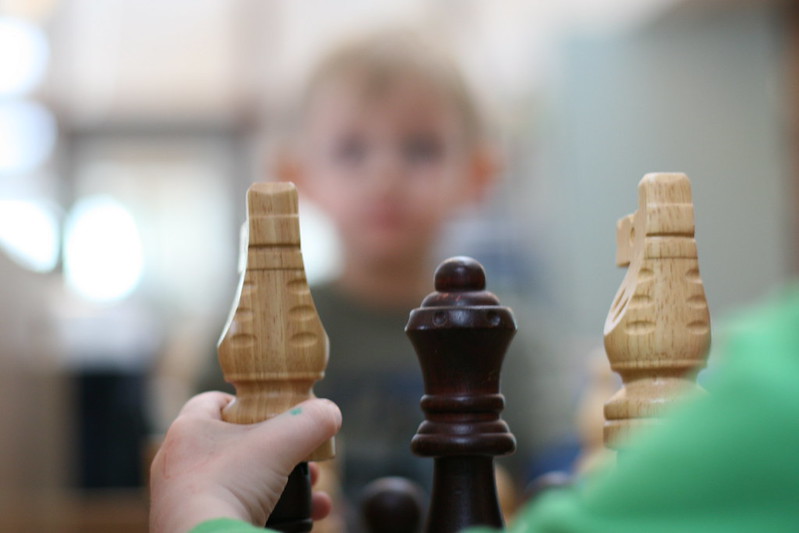 Family Movies for the Homebound: Part III — A Special List of Movies About Kids Playing Chess

If you have some extra time at home together, it’s a good time to teach kids to play chess. It teaches patience, sportsmanship, and strategy. As is often said, chess is a pool in which a mosquito may sip and an elephant may bathe. So even a young child can learn and even an experienced player can learn more. Plus there are some great movies about real-life children and teenage chess players.

Brooklyn Castle: P.S. 318 is a below-the-poverty-line inner city junior high school. And its students have won more national chess championships than any other in the country. So this is a touching and inspiring story of triumph and what can be accomplished in spite of the most daunting of obstacles if there is someone who believes in you. And it is a story of the joys of intellectual passion and a game that goes back centuries, even in an era of saturation in digital media. There is much of what you expect — gifted kids, dedicated teacher, tense anticipation, thrilling victories. The characters are endearing and their stories are stirring.

The Queen of Katwe: An illiterate girl from the slums of Uganda became an internationally ranked chess champion. So of course there is a Disney movie. But director Mira Nair has not made the usual feel-good underdog story. It is a wonderfully rich depiction of a family and a culture, as complex in its way as a master-level chess game with intricate moves by many pieces with different strengths and vulnerabilities.

The Dark Horse: It would be so easy — and so wrong — to make this true story of a Maori chess champion who struggles with mental illness as he teaches underprivileged kids into a safe, simple, saccharine, uplifting story. But writer/director James Napier Robertson, who himself played hundreds of chess games with real-life speed chess champion Genesis Potini, trusts his story and his audience enough to give us a film that is refreshingly messy, even grungy, and therefore much more powerful.

Endgame: “Modern Family’s” Rico Rodriguez stars in this story of the grandson of a chess champion who joins his school team as they prepare for the state finals.

Searching for Bobby Fischer: Based on the real-life story of chess prodigy Josh Waitzkin (real life chess player Max Pomeranc), this is a very thoughtful exploration of choices and parenting and what it means to have a full life, with a powerhouse cast including Joan Allen, Ben Kingsley, Laurence Fishburne, and Joe Mantegna, along with William H. Macy, David Paymer, and Laura Linney.

This blog post is dedicated to our wonderful son, who used to teach chess in the New York city schools. 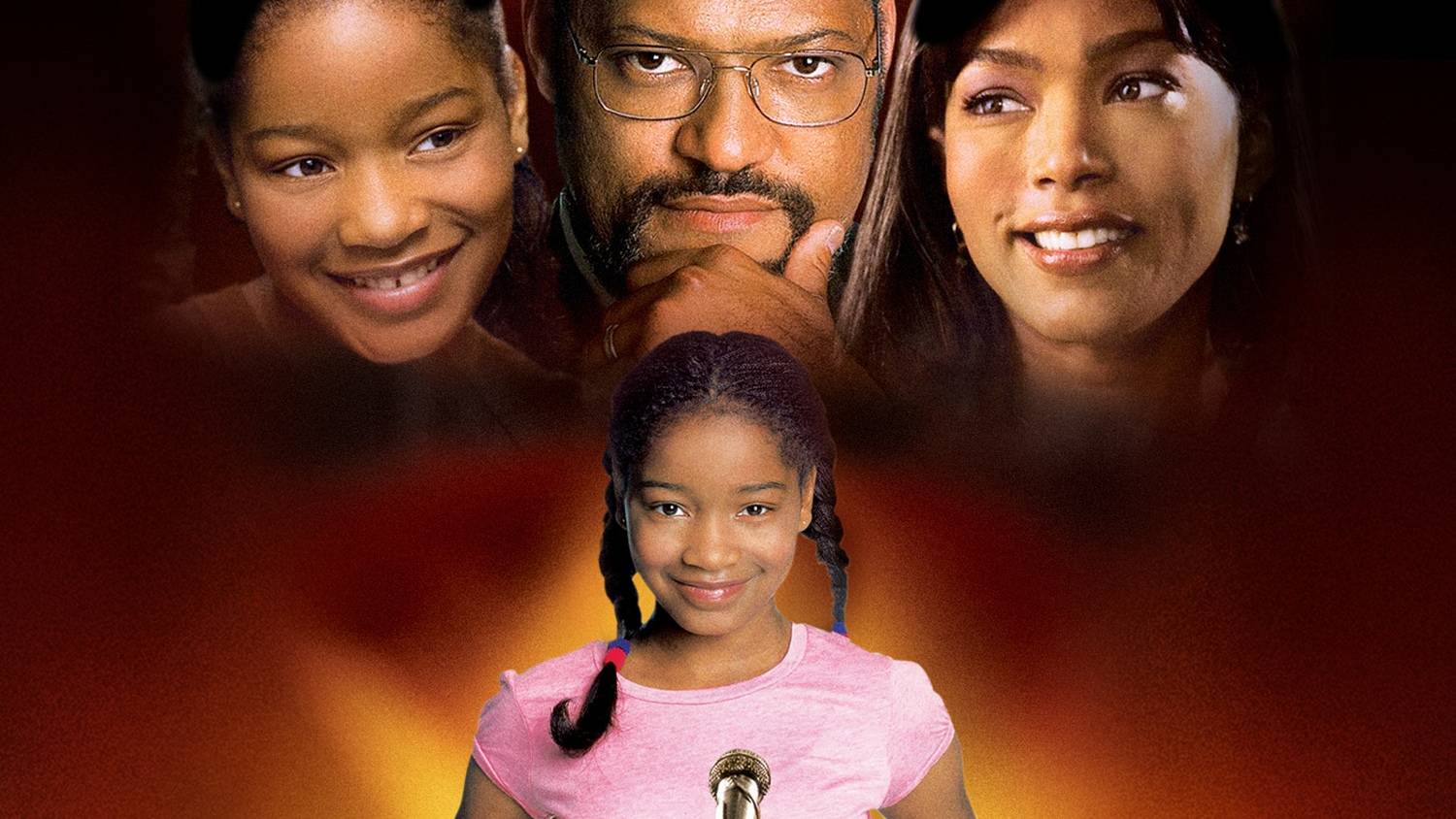 More great family movies to share while we stay safe at home:

Bells are Ringing: The adorable Judy Holliday in her signature role as Ella Peterson, who, in the days before voicemail and texting, worked for a small company that took and delivered phone messages in New York. She enjoyed putting on a French accent for phone calls to a French restaurant and pretending to be Santa for a mother whose boy wouldn’t eat his spinach. And she especially enjoyed the wake-up calls for a playwright working on his first script without his long-time writing partner. When she starts to meet the people on the other end of the phone, she changes their lives, and they change hers. The terrific cast includes Jean Stapleton, Dean Martin, Frank Gorshin, and Eddie Foy. Jr. and the classic songs include “Just in Time.”

Akeelah and the Bee: Keke Palmer plays a young girl with a talented for spelling and Laurence Fishburne plays her irascible coach. His “What’s Love Got to Do With It?” co-star Angela Bassett plays Akeelah’s mother. It’s an inspiring story of dreams, determination, and community.

Spellbound: And while we’re in the mood for spelling bees, be sure to watch this thrilling documentary about the annual Scripps-Howard spelling bee, with children under 14 competing to spell words even highly educated grown-ups would be daunted by. The featured kids come from a wide variety of families, from an undocumented Texas girl to the daughter of a single mother in Washington D.C. who calls herself a “prayer warrior” to the Indian-American boy whose grandfather paid 1000 people in India to pray for him.

Blinded by the Light: This neglected gem from last year is based on the real-life story of journalist Sarfraz Manzoor, who as a teenager in Thatcher-era Great Britain, found that the songs of Bruce Springsteen were truer about his life than anything he heard from his immigrant family or racist community. Few films depict as joyously the thrill of finding who you are through music that reveals you to yourself.

Masterminds: This is by no means a great movie, but it is very entertaining. Think “Die Hard” in a posh private school. A rebellious teenage happens to be in his step-sister’s school when it is taken over by a brilliant “mastermind” who holds the children for ransom. Future “Mad Men” star Vincent Kartheiser plays the teenager and the villain is an all-in Patrick Stewart. 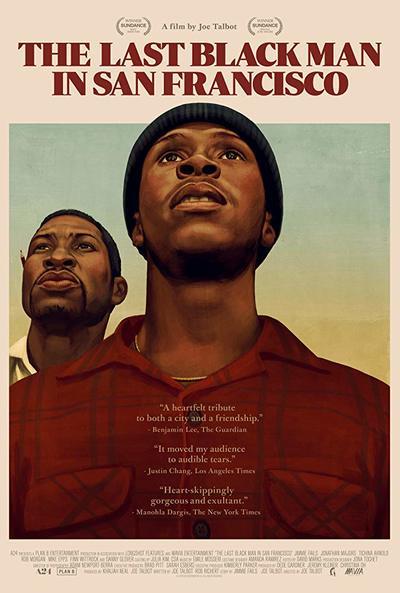