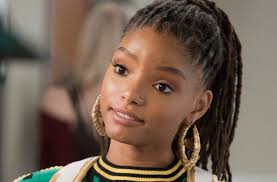 Disney has selected its next princess — Halle Bailey will play Ariel in the live-action remake of “The Little Mermaid.” The 19-year-old singer/actress is half of sister act Chloe x Halle. They began performing as tweens on YouTube and their rendition of a Beyonce song caught the attention of Queen Bey herself, who brought them on tour as her opening act.

There were a few complaints from Twitter trolls, but the overall reaction was enthusiasm and she got some love from celebs, including Oscar winner Halle Berry, who tweeted “Halles get it done!”

Related Tags:
Actors Behind the Scenes In Production