Mira Singer on the Theme of Failure in “Star Wars: The Force Awakens” and “The Last Jedi”

Mira Singer has an exceptionally thoughtful essay on the theme of failure in “Star Wars: The Force Awakens” and “Star Wars: The Last Jedi.” NOTE: To be read after seeing the films as there are spoilers. 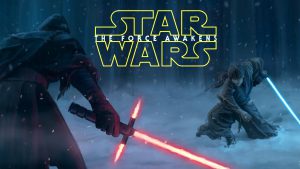 Master Yoda, the wisest character in the Star Wars universe, says, “The greatest teacher, failure is.” The film doesn’t just state this message — it proves it. Each of the characters’ failures leads to important lessons, character development, and thematic revelation. There is an inverse relationship between the success of the characters’ plans and the lessons they learn, which is the way life often works.

FURTHER SPOILERS: I note that there were several films about retreat by the good guys this year including three different movies about the real-life Dunkirk rescue (“Dunkirk,” “Darkest Hour,” and “Their Finest”), “The Last Jedi,” and “Thor: Ragnarok.” I will have to think about what this signifies.