Top talent is wasted in this un-funny and disappointing vanity production from Melissa McCarthy and her husband, Ben Falcone.

They wrote it, or, more accurately, assembled it from pieces of other films, some better (“Thelma and Louise”), some even worse (McCarthy’s own “Identity Thief”). Falcone directed the film and appears as a fast food restaurant manager who fires the title character, played by McCarthy. Tammy is late to work because she ran into a deer and has been trying to resuscitate the stunned animal by blowing on it and making encouraging comments like, “Walk it off.” After she gets fired (contaminating the food in the kitchen by shaking her hair and rubbing saliva on it on the way out), she goes home to find her husband (Nat Faxon) entertaining a lady friend (Toni Collette). For the second time in ten minutes, she tries to make rejection and bad attitude funny.  For the second time, but not the last, she is unsuccessful.

She goes a few doors down the street to her parents’ house and tells her mother (Allison Janney) she is taking her grandmother’s car and getting out of town. Her grandmother, Pearl (Susan Sarandon), insists on coming along and provides a powerful inducement: more than $6000 in cash. And so, they’re off on the road in Pearl’s Caddy for a road trip comedy so derivative of every road trip comedy you’ve ever seen that it could be another in the apparently-assembled-by-robots “Scary Movie” franchise.  Will they visit a roadhouse and make bad decisions?  Yep.  Will there be arguments, revelations, and bonding?  Yep.  Encounters with old acquaintances and new friends?  And don’t forget the hilarity of being hospitalized and arrested and put in jail!

Like the odious “Identity Thief,” the movie wants to have it both ways.  We are supposed to laugh at McCarthy’s character for being loud, obnoxious, willfully dumb (she does not know who Mark Twain is, but pretends she does — funny, right?).  We are supposed to find it funny and endearing that she is at the same time both arrogant (she brags about her ability to seduce men) and painfully insecure and sensitive (she pleads with the girl she is robbing to be her friend).  Of course there has to be a makeover.  And then there’s the ever-popular old people having sex humor.  Yay!

The wisest decision McCarthy and Falcone made was in casting.  Sarandon is a joy, and of course efforts to make her seem old and infirm fail completely.  She is and will always be imperishably glorious.  Mark Duplass makes the most out of an underwritten role as a generic NICE GUY/LOVE INTEREST.  Kathy Bates and Sandra Oh are pure pleasure as a kind-hearted and generous couple, and Dan Aykroyd has a nice moment as Tammy’s understanding and supportive dad.  But the script’s sloppiness keeps getting in the way as characters’ major personality changes bear no relationship to anything beyond the needs of each individual scene.   Falcone clearly loves his wife and it is touching to see her and make her look beautiful without makeup (before the makeover, even with two-tone hair).  I can’t help thinking that the over-the-top antics were the trade-off to get financing for the film, and the quieter, more dramatic moments, some truly touching, were what interested them.  It is in those moments we get a glimpse of what McCarthy can do and it would be great to see her in a movie where she gets to take that journey instead of this one.

Family discussion: Is there a place you’ve always wanted to go? How did Bobby and Lenore make Tammy feel differently about herself? Why did she forgive her grandmother?

If you like this, try: “Bridesmaids” and “The Heat” 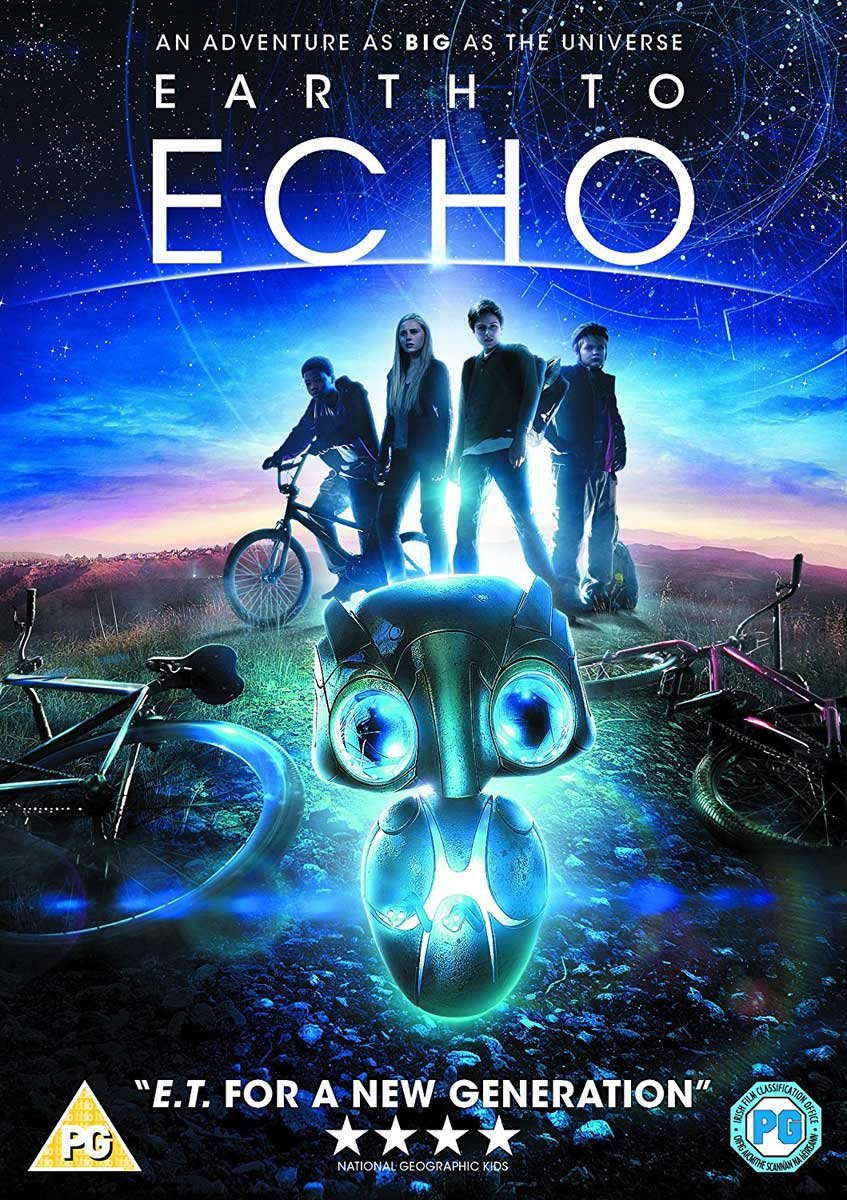 Three kids go on a wild adventure and make an extra-terrestrial friend in this updated take on films like “E.T.” and “The Goonies.” It being 2014, that means that the found footage genre, pioneered in “The Blair Witch Project” and featured in adult thrillers like “Paranormal Activity” and “Cloverfield,” has permeated family film as well. What makes this intriguing is that its intended audience of digital natives, kids who played with iPads before they could talk, may just be better able to process the fragmented, jerky cinematography designed to appear as though it was shot by the kids in the story themselves, than any adult in the audience can imagine.

As it begins, an entire community is being shut down for a highway construction project and all of the families who live there have to leave. Three close friends, confident, talkative Tuck (rapper Brian “Astro” Bradley), shy techie Munch (Reese Hartwig), and sensitive Alex (Teo Halm)have received mysterious messages on their phones and they want to find out where it is coming from and what it means.  Some guys from the construction project have some to the door offering to exchange new phone vouchers in exchange for the phones they say they have damaged with their drilling. But the boys realize that their phones are not broken. They are being contacted by someone or something who wants them to find him/her/it.

The trio is able to get away for one last night because their parents are too distracted by the move to notice what they are doing.  They get on their bikes and bring along a movie camera and some “spy glasses” that surreptitiously take movies as well. The signal leads them to a tiny, owl-like robotic alien they call Echo, who needs their help to repair his ship so he can return home. But the “construction guys” are looking for Echo, too. Tuck, Munch, and Alex have to race against time and the men who want to capture Echo in a treasure hunt for the parts Echo needs.

There are no surprises in the storyline, but the likeable kids, cute alien, and novelty of the found footage approach makes this heartwarming story of four friends on a thrilling adventure a good choice for a family outing. Echo does not speak; he/she/it just beeps, which means the kids have to do the talking, and that keeps the focus on what they are learning as they try to understand and take on the responsibility of helping someone in a meaningful way for the first time.

Those not accustomed to the mosaic style of “found footage” films may find it disorienting, but the sense of adventure and the strength of the friendships is palpable throughout, and kids and their families will enjoy being along for the ride.

Parents should know that this film has sci-fi action and peril, some schoolyard language, 0underage drinking and drunkenness and references to tween kissing.

Family discussion: Why did the kids feel “invisible?” What questions would you ask Echo? What did Tuck learn about Alex? Why did Tuck lie about Emma?

What Does it Mean to “Throw Like a Girl?”

Always brought in Lauren Greenfield, is an award-winning American artist, and documentary photographer and filmmaker, to create their #likeagirl videos. What do we think of when we hear “throw like a girl,” “run like a girl,” or “fight like a girl?” What do we want our daughters to think?