Coming to PBS: The Hollow Crown — War of the Roses

In the mid-15th century, the royal House of Plantagenet had two rival groups that fought for control of the throne of England. On one side was the House of Lancaster, associated with a red rose, and on the other was the House of York, whose symbol was a white rose. There were many battles and conflicts, especially between 1455 and 1487. It continued until Henry Tudor of Lancaster became king and married Elizabeth of York, uniting the two factions.

Shakespeare’s plays about this conflict are coming to PBS this weekend as a second “Hollow Crown” series, this one called “War of the Roses.”

Believe is being held over for additional showings in selected theaters. The PG-rated faith-based Christmas story stars Ryan O’Quinn and Shawnee Smith. 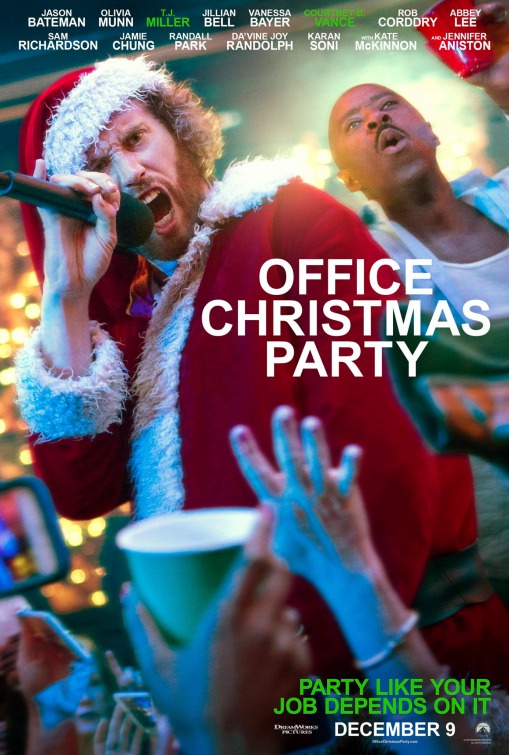 Not since “Snakes on a Plane” has there been a movie whose title so clearly explains exactly what the premise is and what the audience should expect. Indeed, star T.J. Miller (“Deadpool,” “Silicon Valley”) has said in interviews that he took the role based on the title alone (and his past relationship with the directors), without ever reading the script. And, honestly, it does not matter to its intended audience. They just want to see comic, outrageous, chaos, and that is just what this movie delivers, with an all-star cast of top comic talent. Each gets a chance to show off, and, as slob comedies go, this one has a winningly sweet heart.

Clay (Miller) runs the Chicago office of his late father’s software business. Well, “runs” is perhaps not quite the correct term. He more or less presides over it, in a benign but bro-ish way. The actual grown-up supervision is performed by Josh (Jason Bateman), a very responsible guy, but subdued following his divorce. And the actual productivity falls to Tracey (Olivia Munn), a coding genius.

Clay’s sister Carol (Jennifer Aniston) is the tough, smart, no-nonsense boss of the whole enterprise and she intended to shut down Clay’s all-nonsense, money-losing branch. She cancels the Christmas party and tells Clay everyone will be laid off unless he can land a $14 million new client, Walter Davis (Courtney B. Vance). Other characters in the office include Clay’s assistant Allison (“SNL’s” Vanessa Bayer), a single mom and sort of office mom, too, fussy HR head Mary (“SNL’s” Kate McKinnon), office complainer Jeremy (Rob Corddry), new hire Fred (Randall Park), and a manager named Nate (Karan Soni) whose staff is convinced he is lying about having a hot model girlfriend and has challenged him to bring her to the party.

You can guess where it goes from here, and you know whether that is your idea of fun or whether you’d prefer to stay home and re-watch “A Christmas Story” or whatever cinematic eggnog is on the Hallmark Channel. “Gets out of hand” does not begin to convey the extent of the very bad choices made by all involved, with intentional and unintentional abuse of substances, and — an update to the traditional photocopying of body parts — using a 3D printer for a full-size model. There’s a chase, some bad romance, some better romance, and a trip to the hospital. Jillian Bell, as always, is a highlight, essentially repeating her “22 Jump Street” role. This time, instead of a drug dealer, she’s a pimp.

Perhaps the best that can be said is that it is more fun than any actual office Christmas party.

Parents should know that this film is a very raunchy comedy with explicit sexual references, situations, and male and female nudity and kinkiness, crude language, drinking and drunkenness, drugs, and comic peril and violence with some injuries.

Family discussion: Would you want to work for Josh or Clay? Why was Carol jealous of Clay?

If you like this, try: “Old School” and “The Night Before” 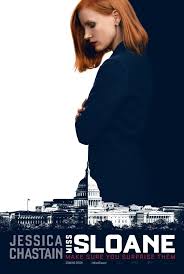 Striding confidently down the halls of the Congressional office buildings, picking up the check in restaurants with crisp white tablecloths and extensive wine cellars, and, inevitably, at fundraisers, lobbyists are impossible to miss in Washington, D.C. They wear discreetly expensive suits. In fact, they are usually pretty discreet about everything, whether it is handing over money or making threats. Especially when they are making threats.

The film’s title may use the quaint honorific “Miss Sloane,” but do not let that mislead you. Elizabeth Stone (Jessica Chastain in a subtle, vibrant performance) is not looking back. She is a top lobbyist and she tells us right away that means that she always must be thinking ahead. “Lobbying is about foresight and anticipating your opponent’s moves and plotting countermeasures.” She is all about tactics, she is ruthless, and she is determined. “Make sure you surprise them and they don’t surprise you.” Everything about her is controlled and knife-edged. Her sheet of red hair is cut so severely it could slice through granite.

There are a fews signs of stress, though. When she thinks no one is looking, she pops some white pills. Some nights she goes to a hotel to spend time with a male escort. And she is rattled when the one she is used to seeing is not there and the new one (Jake Lacy as Forde), but not so rattled that she declines.

The most significant sign of stress is that in a meeting with a very lucrative prospective client, instead of listening politely when he explains his plan to create a group to promote the idea of women opponents to any restrictions on gun ownership, she laughs, harshly and derisively. Her boss (Sam Waterston) is furious. But for Elizabeth it is just one moral outrage too many. In what she herself recognizes is a “Jerry Maguire” move, she quits, taking her staff with her — except for Jane (Alison Pill), her closest aide, who opts to stay with the high salary and opportunity for partnership. Elizabeth is going from one extreme to the other, working to oppose the gun lobby on behalf of a small non-profit run by Rodolfo Schmidt (Mark Strong, usually the bad guy but here fine as an idealist).

The smart script by first-time screenwriter Jonathan Perera and brisk direction from John Madden (“Shakespeare in Love”) make this a solid Washington thriller with some telling (and accurate) details, moral dilemmas, and plot twists that keep you guessing until the last ten minutes.

Parents should know that this film includes strong and crude language, substance abuse, sexual references and a mildly explicit situation, and corruption and betrayal.

Family discussion: Why did Elizabeth allow herself to be so consumed by the job? Why did she decide to make a change? What would she recommend to improve politics and government?

If you like this, try: the documentary about a real-life lobbyist who went to prison, “Casino Jack and the United States of Money” featuring former Congressman Bob Ney