From her appearance on “Laugh-In” as Ernestine the telephone operator and Edith Ann the little girl to her subtle, complex, witty performances in films from “Nashville” to “All of Me,” “I Heart Huckabees,” “Nine to Five,” “The Incredible Shrinking Woman,” the recent “Grandma” and her Netflix series with longtime friend Jane Fonda, “Frankie and Grace,” her Tony-award winning one-woman show “The Search for Intelligent Life in the Universe,” and her voice work as the teacher in “The Magic School Bus,” Tomlin has given us decades of humor, insight, and a deep humanity.

In “Gold,” Matthew McConaughey plays Kenny Wells, who, with Mike Acosta, finds a rich gold mine with deposits worth billions of dollars, and then has to cope with financial, corporate, and political predators to keep them from stealing it.

It is inspired by a real story that is even wilder than the one in the movie. SPOILER ALERT: The following gives away important plot details of the film that are best enjoyed as a surprise, so read this only after you’ve seen the movie.

Wells is based on David Walsh. In the film, Wells is proud of being a third generation prospector, who grew up in a family with a heritage of seeking — and finding gold. Walsh was an investor who tried various ventures before he went looking for gold in Indonesia, with the help of geologist John Felderhof. They had an exploration manager who was later found to be a bigamist with four families, but that’s another story. After many close calls and escapades they were shutting down when they hit gold, or at least it looked like it. The company, Bre-X, became a Wall Street darling. It was valued at billions of dollars, which attracted the attention of the Indonesian government, which came in to take a big piece of the action and force partnership with their favored corporation. But then things got worse — a suicide (or maybe a murder, or maybe a cleverly orchestrated escape), and then the uncovering of a massive fraud. For more information, see the documentary below.

Trailer: My Life as a Zuccini

Recently the nominees for the Best Animated Feature Oscar have presented us with some surprises. This year Pixar’s popular “Finding Dory” was not nominated but a movie that almost no one had heard of was: “My Life as a Zuccini,” a French film coming to US theaters with the voices of Will Forte, Nick Offerman, Ellen Page and Amy Sedaris.

After his mother’s sudden death, Zucchini is befriended by a police officer, Raymond, who accompanies him to his new foster home, filled with other orphans his age. At first he struggles to find his place in this at times strange and hostile environment. But with Raymond’s help and his newfound friends, Zucchini eventually learns to trust and love, as he searches for a new family of his own.

I love this commercial and I love these wonderful dads. 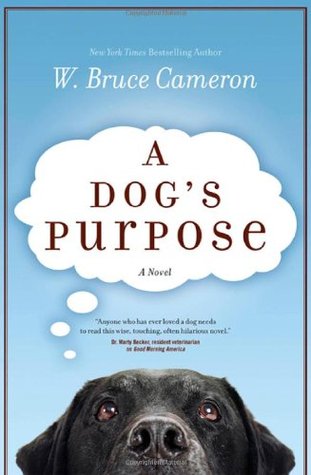 Win a copy of the endearing book that inspired this week’s movie release, A Dog’s Purpose by W. Bruce Cameron!

Send an email to moviemom@moviemom.com with Dog in the subject line and tell me your favorite pet. Don’t forget your address! (US addresses only) I will pick a winner at random on February 3, 2017.