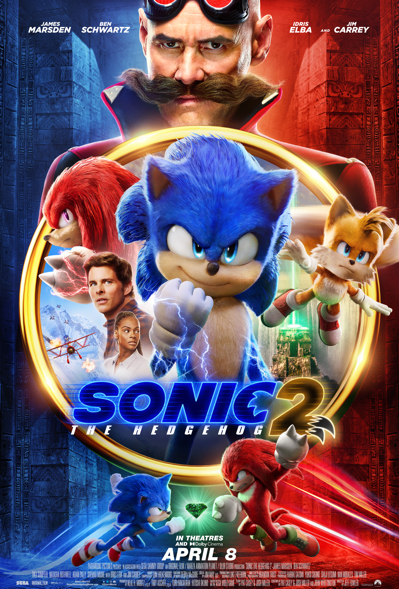 Free Tickets to Sonic the Hedgehog 2! April 2 in Virginia

I am hosting a screening of “Sonic the Hedgehog 2” at Tysons this Saturday at 11 and I have 30 pairs of tickets to give away! First come, first served.
If you are among the lucky group, please come over to say hi.

The world’s favorite blue hedgehog is back for a next-level adventure in SONIC THE HEDGEHOG 2. After settling in Green Hills, Sonic is eager to prove he has what it takes to be a true hero. His test comes when Dr. Robotnik returns, this time with a new partner, Knuckles, in search for an emerald that has the power to destroy civilizations. Sonic teams up with his own sidekick, Tails, and together they embark on a globe-trotting journey to find the emerald before it falls into the wrong hands. From the filmmakers behind The Fast and the Furious and Deadpool, SONIC THE HEDGEHOG 2 stars James Marsden, Ben Schwartz as the voice of Sonic, Tika Sumpter, Natasha Rothwell, Adam Pally, Lee Majdoub and Jim Carrey returning, alongside new additions Shemar Moore, with Idris Elba as the voice of Knuckles and Colleen O’Shaughnessey as the voice of Tails. 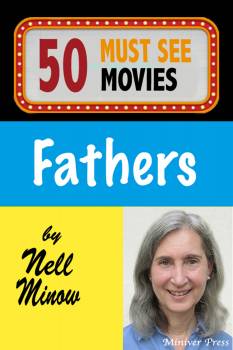 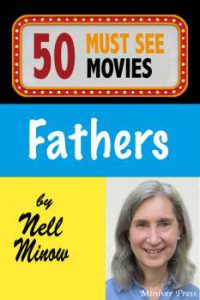 Director John Huston deserves some sort of Father’s Day award. He directed both his father and his daughter in Oscar-winning performances, Walter Huston in “The Treasure of the Sierra Madre” and Anjelica Huston in “Prizzi’s Honor.”

There are memorable movie fathers in comedies (“Austin Powers,” “A Christmas Story”) and dramas (“To Kill a Mockingbird,” “Boyz N the Hood”), in classics (“Gone With the Wind”), documentaries (“Chimpanzee,” “The Other F Word”), and animation (“The Lion King,” “The Incredibles”). There are great fathers (“Andy Hardy,” “Call Me By Your Name”) and terrible fathers (“The Shining,” “Winter’s Bone,” “The Spectacular Now,” “The Barretts of Wimpole Street”). There are fathers who take care of us, as well as they can (“John Q,” “Toni Erdnmann,” “Lorenzo’s Oil,” “Leave No Trace,” “The Road,” “Extraordinary Measures”) and fathers we have to take care of (“I Never Sang for My Father,” “Nothing in Common”). All of these stories are ways to try to understand, to reconcile, and to pay tribute to the men who, for better or worse, set our first example of how to decide who we are and what we will mean in the world. 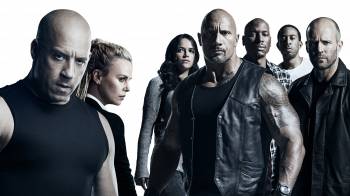 Get Ready for More Fast and Furious Action With Free Screenings!

Universal Pictures announced that to celebrate the arrival of F9, the newest chapter in the Fast and Furious Saga, in theaters June 25, the studio and its theater partners across the U.S. will launch a free nationwide screening series of all eight previous Fast films, beginning April 30, 2021.

The eight-week program will invite fans to watch all eight previous Fast films in participating theaters, free of charge, with one film screening each Friday. The films will be screened in chronological order, beginning with 2001’s The Fast and the Furious on April 30 and culminating with 2017’s The Fate of the Furious on June 18.

Over the course of eight films that have stoked passion in an ever-expanding audience and have earned more than $5 billion at the worldwide box office, Universal Pictures’ record-smashing, homegrown Fast Saga has become the studio’s most-profitable and longest-running franchise. Across social media platforms, the fan following for the movies and cast has grown into the biggest of any active franchise. On the heels of 2017’s The Fate of the Furious, which debuted in theaters as the biggest global opening of all time, the blockbuster franchise has expanded to a multitude of offerings – from toys and video games to an all-new animated series and a successfully launched spin-off franchise.

“The Fast films are all about family, and Universal wanted to find a way to thank our huge family of Fast fans around the country for their passion and loyalty over the past 20 years,” said Jim Orr, Universal’s President of Domestic Theatrical Distribution. “We’re grateful to our theater partners for their help in making this screening series possible and we are delighted to welcome audiences back to theaters to experience the wild Fast ride all over again. And we cannot wait to blow everyone’s minds with the release of F9 on June 25.”

Screening tickets will be distributed by each individual theater and will be available the Friday before each weekly screening, starting on Friday, April 30.

Visit Fast Friday Screenings for further information on how to receive tickets. 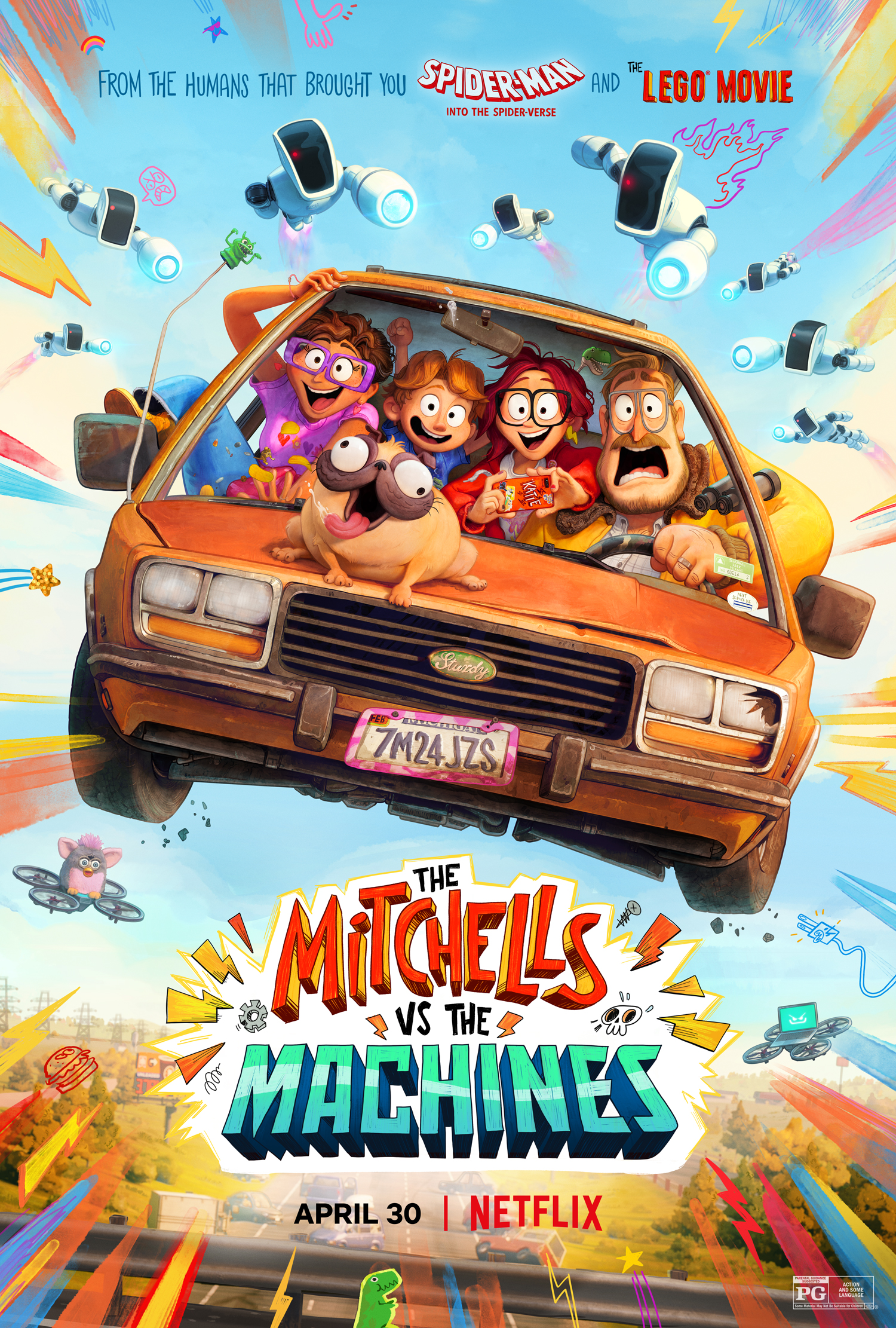 The Mitchells vs. The Machines: Win a Free Pass to the Virtual Premiere!

25 lucky people are going to win a free pass to the new animated family film from the people behind “The LEGO Movie.” “The Mitchells vs. the Machines,” stars Maya Rudolph, Danny McBride, Maya Rudolph, Olivia Colman, Fred Armisen, Beck Bennett, Chrissy Teigen, John Legend, Charlyne Yi, Conan O’Brien, Sasheer Zamata, Elle Mills, and Jay Pharoah in the story of an ordinary family who find themselves saving the world from the robot apocalypse.

It all starts when creative outsider Katie Mitchell is accepted into the film school of her dreams and is eager to leave home and find “her people.” Her nature-loving dad insists on having the whole family drive her to school and bond during one last totally-not-awkward-or-forced road trip. But just when the trip can’t get any worse, the family suddenly finds itself in the middle of the robot uprising! Everything from smart phones, to roombas, to evil Furbys are employed to capture every human on the planet. Now it’s up to the Mitchells, including upbeat mom Linda, quirky little brother Aaron, their squishy pug, Monchi, and two friendly, but simple-minded robots to save humanity.

If you’d like to attend the virtual movie premiere with pre-show on Monday, April 26th at 6:00pm EST, send me an email at moviemom@moviemom.com! You do not need to have a Netflix subscription to attend. The first 25 to enter will be there! (US entries only) 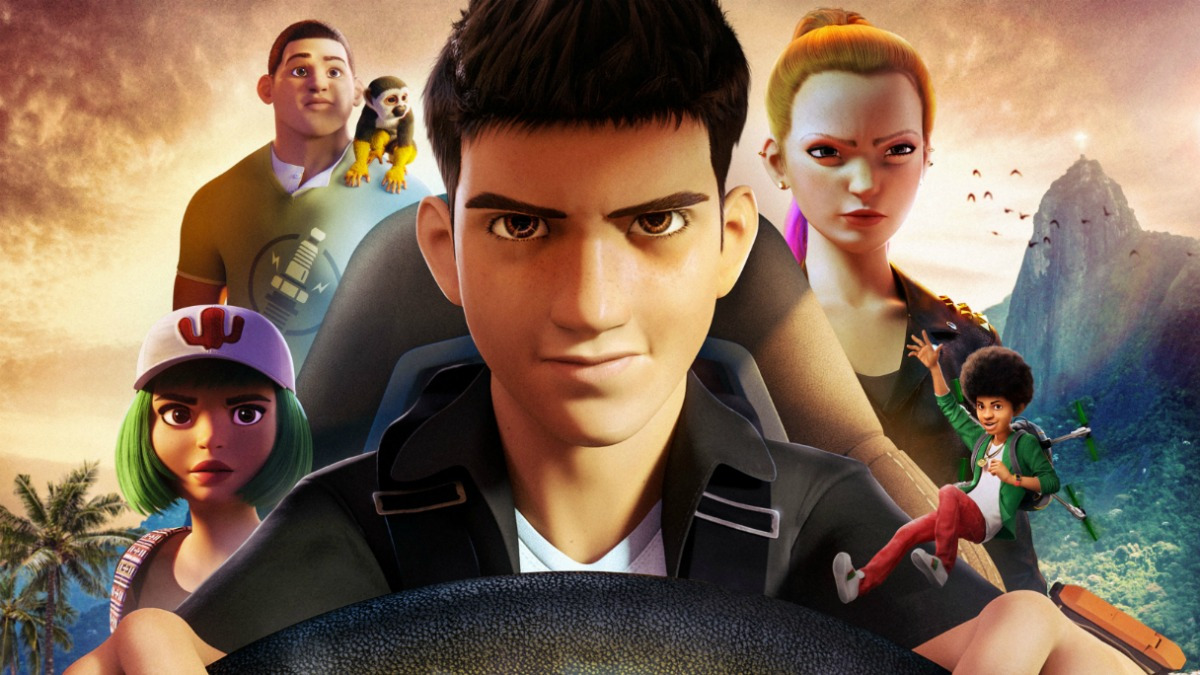 In the series, teenager Tony Toretto follows in the footsteps of his cousin Dom when he and his friends are recruited by a government agency to infiltrate an elite racing league serving as a front for a nefarious crime organization bent on world domination.

Now experienced spy racers, Tony and the crew embark on their first international mission to Brazil. Once in Rio de Janeiro, they discover that Ms. Nowhere’s latest recruit and formidable fellow racer, Layla Gray, is missing in action during an investigation. Unwilling to leave family behind, Tony and the Spy Racers go undercover to find Layla, but end up uncovering a sinister plot that keeps them guessing at every turn.

To enter the contest: Send me an email at moviemom@moviemom.com with Spy Racers Rio in the subject line and tell me your favorite place to drive. Don’t forget your address! (U.S. addresses only). I’ll pick a winner at random on October 15, 2020. Good luck!