DC Area — Join Me for a Free Screening of the Family Film “The Railway Children” on September 19 2022!

If you’re in the Washington DC area, you can join me for a free screening of the family film “The Railway Children,” loosely based on the classic book by beloved children’s author E. Nesbit. Three evacuee children are sent by their mother to the rural English countryside to escape the bombings during WWII. A dangerous adventure ensues when they discover injured US soldier Abe, hiding out in the railyard.

Related Tags:
Based on a book Contests and Giveaways Kids Stories About Kids Trailers, Previews, and Clips War

Trailer: The American Dream and Other Fairy Tales

If full-time workers are below the poverty line, then the welfare recipient is the corporation. I’m looking forward to this film from Abigail Disney about the way the company that creates magic for its audience treats its employees like the stepmother treated Cinderella. 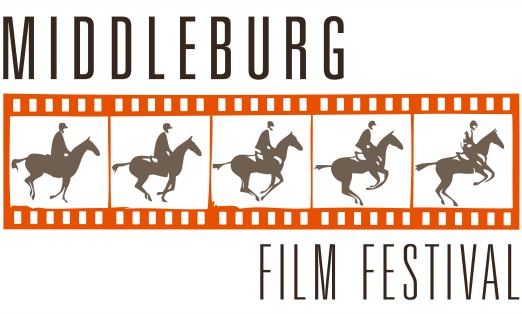 In just seven years Virginia’s Middleburg Film Festival, set in the fabulous Salamander Hotel, has become a great way to see the films we’ll be talking about all awards season and to talk to the people who created them. Sheila Johnson has made MFF one of the post prestigious and coveted places to premiere a film. Following a “hybrid” year with online access in 2020, the festival is back in person in gorgeous, gracious, Virginia hunt country, always spectacular in the fall.

I’ll be speaking in the “Talk Back to the Critics” panel again this year, with my friends Travis Hobson, Susan Wloszczyna, and Tim Gordon. And some of the films I’m most looking forward to are “Cyrano,” starring Peter Dinklage and two ready-for-stardom up-and-coming young actors, Hayley Bennett and Kelvin Harrion, Jr., Kenneth Branagh’s autobiographical “Belfast,” “Red Rocket” from “Florida Project’s” Sean Baker, and “C’mon, C’mon” with Joaquin Phoenix. Stay tuned for more! 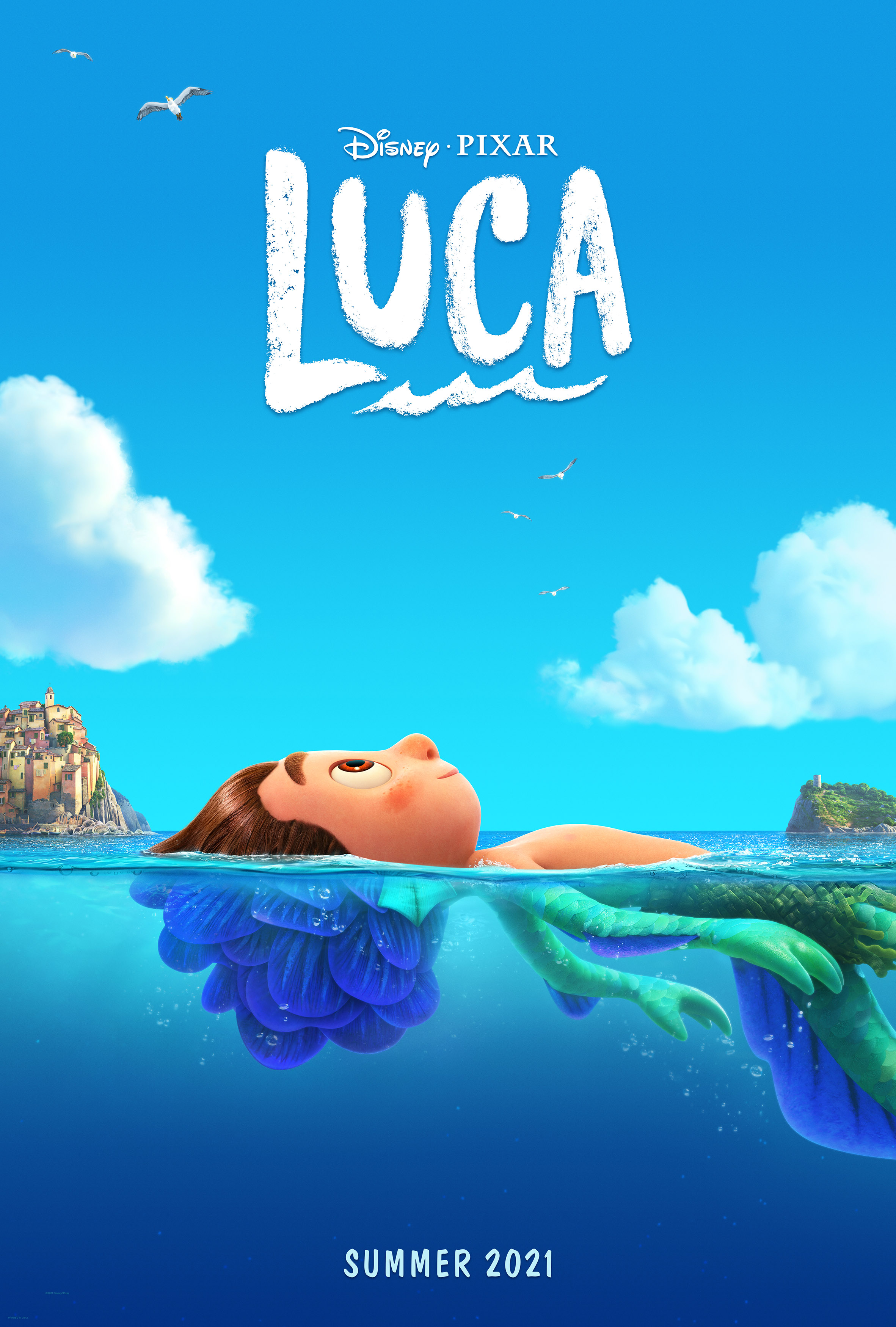 Happy June! Lots of great stuff coming our way this summer and I think you will agree with me that IT’S ABOUT TIME! And best of all, as I say every year, some movie no one is paying attention to now will bring us unexpected joy.

F9 — I used to joke about how the “Fast and Furious” movie titles were getting shorter every time and some day it would just be “F” and what do you know, here we are.

Ghostbusters: Afterlife — The saga continues with Jason Reitman, son of Ivan Reitman, who wrote and directed the original, taking over for his dad. A new cast of character find their connection to the original crew, who reprise their roles.

Black Widow — Scarlett Johansson’s Avengers character gets the movie the fans have waited for.

Space Jam: A New Legacy: Basketball and cartoon characters return. This looks better than the original!

Suicide Squad 2 — This one seems to look better than the original, too, I hope?

Action and Adventure and Thrills

Jungle Cruise: Dwayne Johnson and Emily Blunt star in this Disneyland ride-inspired adventure that looks like a cross between “Jumanji” and the original “Pirates of the Caribbean.”

Free Guy: Feel like I’ve been waiting forever for this Ryan Reynolds action fantasy about a video game character. (Reynolds is also appearing this summer in an action-comedy sequel, “The Hitman’s Wife’s Bodyguard.”

The Green Knight — One of the most enduring legends of Western culture is brought to life starring Dev Patel.

Reminiscence — Hugh Jackman stars in a movie about a service that makes it possible for you to relive your memories. What could go wrong?

The Tomorrow War — Time travelers from the future arrive to gather today’s people to help them fight a war with an alien.

The Misfits — Pierce Brosnan plays a thief recruited by a group of young crooks to pull off a heist.

Old — M. Knight Shamalyn is back to scare us with the story of a beach that accelerates aging.

In the Heights — Before “Hamilton,” Lin-Manuel Miranda wrote the music for this Tony Award-winning musical about the residents of a Latin-American community.

Respect — Aretha Franklin told Jennifer Hudson that someday she would play the Queen of Soul in a biopic, and here it is.

Summer of Soul — Dazzling recovered footage from the “Black Woodstock,”featuring B.B. King, Stevie Wonder and more, brought to us from Questlove.

The Beatles: Get Back — “Lord of the Rings” director Peter Jackson is behind this documentary made from more than 50 hours of extra footage from “Let it Be”

Wish Dragon — A teenager who longs to be reunited with his best friend meets a dragon that grants wishes.

Peter Rabbit 2 — I didn’t think much of the first one. Another sequel I hope is better.

Hotel Transylvania: Transformania — Episode four in the series about the lovable monsters has humans turning into monsters and monsters turning into — horrors! — humans!

CODA — It stands for children of deaf adults, and this story of a hearing daughter of deaf parents won big at Sundance.

Movies in 2021 — At Home or in the Theater, Something to Look Forward To

Happy new year! I wish all of you a year of health, happiness, and maybe some un-socially distant activities like going to the theater and giving some hugs.

2021 looks like a good year for movies, even at home. Right now, the Warner Brothers movies originally scheduled for theaters are going to be released streaming on HBOMax with no additional charge for subscribers. That may change, if everyone gets vaccinated and COVID-19 numbers go down fast enough, but right now, the films we can expect to see at home include:

The Little Things: Oscar winners Denzel Washington, Jared Leto, and Rami Malek star in this mystery about a search for a serial killer.

Judas and the Black Messiah: Those of you who saw “The Trial of the Chicago 7” or the documentary “Nationtime” got a glimpse of Black Panther leader Fred Hampton, killed by police at age 21. This is his story, with a powerful cast including Daniel Kaluuya, LaKeith Stanfield, Martin Sheen, and Jesse Plemons.

The Many Saints of Newark: This prequel to “The Sopranos” has Michael Gandolfini as Tony, the role played by his late father in the HBO series.

In the Heights: Before “Hamilton,” Lin-Manuel Miranda won his first Tony for this lively musical about life in Washington Heights.

Plus: Sequels to “Space Jam” and “The Matrix,” a “Mortal Combat” movie, and a live action “Tom and Jerry.”

We will see a prequel to “Kingsmen” called “The King’s Man,” with Ralph Fiennes, Gemma Arterton, Rhys Ifans, Matthew Goode, Daniel Brühl and Djimon Hounsou, another James Bond film, “No Time to Die,” with Rami Malek as the villain, and Eddie Murphy returns as Prince Akeem (and a bunch of other characters” in “Coming 2 America.” The ultra-scary “A Quiet Place” gets a sequel (An Even Quieter Place?) and the Black Widow (Scarlett Johansson) will finally come out, co-starring Florence Pugh and Rachel Weisz. Dom’s “I don’t have friends; I have family” crew is back in “F9” and the original cast returns for a new “Ghostbusters” movie. Mav still feels the need for speed in “Top Gun: Maverick.” And Hercule Poirot still feels the need to solve murders, again played by Kenneth Branagh in “Death on the Nile.”

Steven Spielberg’s remake of “West Side Story” is coming out in 2021, and Chloé Zhao, director of this year’s small-scale awards favorite “Nomadland,” has also directed a superhero movie, “The Eternals,” with Angelina Jolie. Richard Madden, Salma Hayek and Kumail Nanjiani.

We’re also getting Matt Damon and Ben Affleck in a medieval story called “The Last Duel.”

As always, I end the list of upcoming films by looking forward to what we cannot anticipate now. Every year, there is some performer or filmmaker who surprises us and becomes an instant favorite. That’s what I look forward to most.