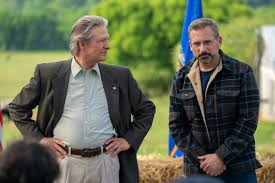 B
Jon Stewart swings for the fences with “Irresistible,” and you’ve got to respect that, even if he only hits a double. He has taken a whole bunch of what bothers him the most about our political system, not the fumbles, pettiness, missteps, and corruption of the individuals but the more systemic problems of money and messaging and he has tried to create a Preston Sturges/Armando Iannucci-style movie that uses humor to illuminate. Sharp one-liners and a top-notch cast come close to making the characters human enough to be interesting but they are still two-dimensional. And some uncertainty of tone throws the movie off-kilter when it shifts from slightly heightened to over the top. When it leaps so far outside the bounds of the real, it undermines its best scrutiny of what is actually happening. I live inside the Washington DC beltway and exposes of political abuse are my jam, so I enjoyed it, but even I thought it made some unfortunate blunders.

The opening is promising, with Steve Carell as Gary, a Democratic political strategist and Rose Byrne as Faith, a Republican political strategist, in the post Clinton/Trump “spin rooms,” where each team tries to explain to reporters why their candidate was brilliant and definitively trounced the other side. But what we get to hear is what’s inside their heads. Gary says he will persuade them “as long as I say it repeatedly and with confidence,” and Faith concludes, “I look forward to lying to you in the future.” We get it. They’re there to win, not to be honest. But Gary was probably being honest when he predicted that Clinton would win. He was just wrong. And so for his professional future and possibly for the good of the country, he has to get his credibility back and he has to figure out how to communicate with the “rust belt blue wall” he thought was “impenetrable” until Trump got a lot of those votes and won the electoral college.

He sees a chance to prove himself when a video of a Deerlaken, Wisconsin city council meeting goes viral due to an impassioned speech by a local farmer, a retired Marine named Jack (Chris Cooper), speaking out plainly but eloquently on behalf of immigrants in his community. Gary tells the Democratic party leaders that “this square-jawed paragon of Americana is our key back to the Forbidden City. He’s a Democrat, but just doesn’t know it yet.” He thinks if he brings his national-level political expertise to a small town in Wisconsin, he can persuade Jack to run for mayor, get him elected, and “road-test a more rural-friendly message” in a place he refers to as “the middle of nowhere” he can re-invigorate progressive messaging and, by the way, his own career. So, he fires up the private jet and checks out what Wikipedia has to say about Wisconsin. In real life, he would have a ton of data in a briefing package, but it’s more fun to make him look like a big city doofus.

Jack agrees to run, the race gets some national media attention, and so Faith arrives, to make sure that they do not break the city’s record of not electing a Democrat since Robert LaFollette (Governor 1901-1906). In Stewart’s view, the only issue anyone cares about is the power of the parties; any specifics are about leverage, with no more focus on reproductive health or even the immigration issue that Jack spoke about in the viral video than on gaffes and embarrassing secrets about opposing candidates. It’s just about votes. The weakest part of the film is the blaming of the consultants who are the symptom (okay, a truly unpleasant one), not the disease. The movie very briefly touches on the funding issue, with stand-ins for the Kochs and a generic, literally high-tech billionaire with just one issue literally half a world away from Wisconsin and a scene at a Manhattan fund-raiser but barely addresses the real and most democracy-destabilizing problem of dark money and Citizens United. The small reference to super PACS, with a winking nod to “non-coordination” deserved more attention.

It’s fun to watch because it has a great cast and clever dialogue and more substance than most feature films. But it is a disappointment that someone who has such a deep understanding of American politics goes for cheap laughs about clueless big city folks not understanding the folks in the heartland instead of looking at the less-examined obstacles at least equally rich in potential for satire. The movie has at least four different endings, and at least three of them seem to undercut the point the film is trying to make. Stewart makes the same mistake Faith and Gary do; he condescends to his audience.

Family discussion: Which candidate would you vote for and why? Would you ever run for office? What changes in the system is this movie promoting and what changes would you suggest?

If you like this, try: the documentaries “Slay the Dragon” (about the fight against gerrymandering in Wisconsin and other states) and “Primary” (about John F. Kennedy and Hubert Humphrey campaigning against each other in Wisconsin for the Democratic nomination for President) and “Welcome to Mooseport,” with Gene Hackman as a former President who runs for mayor in a small town in Maine. 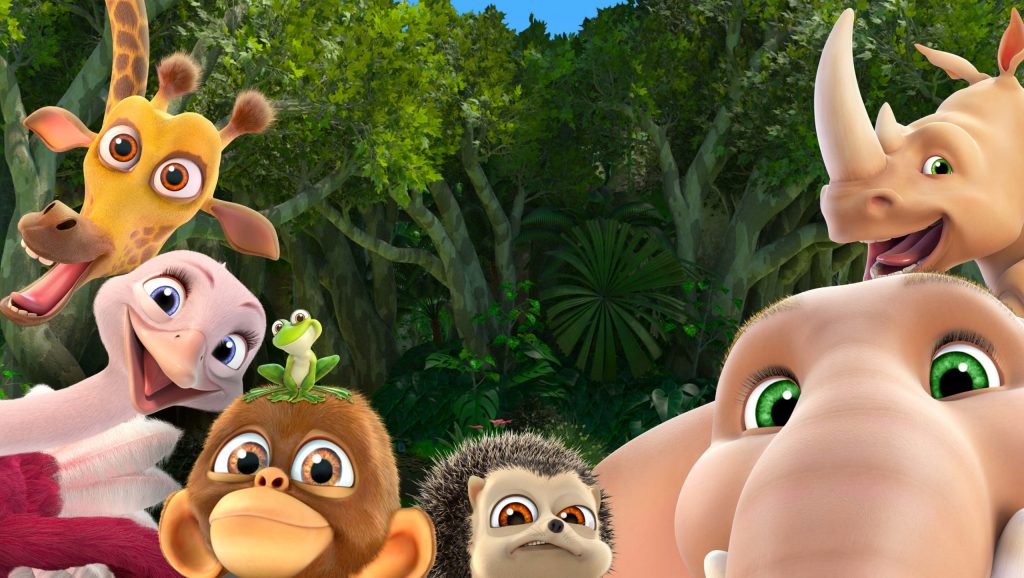 “Jungle Beat” is welcome as a rare G-rated animated feature, even if it confirms the stereotype of “for all audience” films as a bit babyish and slow. Young children may enjoy the colorful jungle animal characters and sweet storyline about hugs and affirmations but anyone over age nine may find that it is overlong and a bit dull. It’s better suited to its original form as a TV series.

A group of jungle animals are surprised to find that all of a sudden they can not only talk but speak fluent English (in the series it’s just pointing and grunting). A new arrival, a purple alien from another planet named Fneep (Ed Kear), has a communications device that gives anyone nearby the power of speech. The animals are very excited and happy, especially the monkey named Munki (David Menkin) and the elephant named Trunk (Ina Marie Smith), Rocky the hippo Rocky (also David Menkin) and Humph the hedgehog (David Guerrasio). They are happy to have Fneep as a friend and offer to help him get back to his spaceship, which has crashed in another part of the jungle.

What they don’t know is why Fneep has come to earth. The people (for want of a better word) of his planet have only one goal, conquering as many planets as possible. This is Fneep’s first time, and if he does not conquer earth, it will be a humiliating defeat. Humiliation is one of what are apparently only two emotions on Fneep’s planet. The other is triumph. There is a funny scene when Freep tries to press the help button on the crashed spaceship letting us know that on Freep’s planet, failure is literally not an option.

The character design is just fair but the animation has some vigor and a strong sense of three-dimensional spaces that keep the action scenes lively. It takes a while to get there but the sweet message of friendship and kindness is delivered sweetly and it is all too rare to see a story where being nice is triumph of its own.

Parents should know that this movie has some mild peril and hurtful parental disapproval.

Family discussion: What does friendship feel like to you? Why didn’t Fneep’s planet know about kindness and friendship? Would you like to explore other planets?

As Irving Berlin said, there’s no people like show people and one of the bright spots of the pandemic era has been the contributions of performers from Broadway. I absolutely love this joyous version of “Hairspray’s” “You Can’t Stop the Beat.” 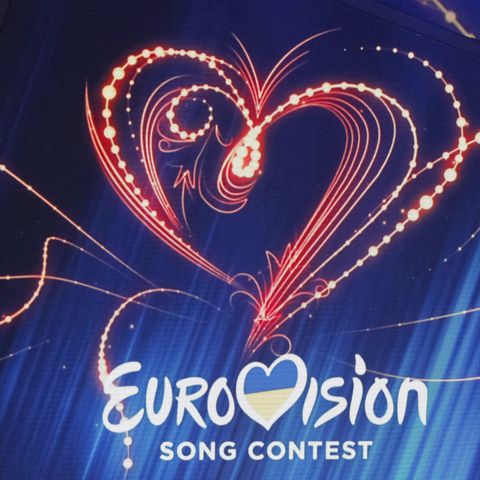 This week’s new comedy release on Netflix: “Eurovision Song Contest: The Story of Fire Saga” faces a real challenge: it is near-impossible to be wilder, more improbable, or downright crazier than the real thing. Eurovision is like what we call soccer and the rest of the world calls football, Eurovision is a competition that Americans barely notice but is hugely popular in other countries. The real event is canceled this year due to COVID-19, but they’re already preparing for next year.

Eurovision is an annual international song competition, held every year by the European Broadcasting Union since 1956 with participants representing primarily European countries. Each participating country submits an original song to be performed on live television and radio, then casts votes to determine the winner. The costumes are often, to put it mildly, flamboyant.

The most famous winner went on to become one of the biggest recording artists of the 20th century.

And this Canadian singer won when she competed for Switzerland.

Most of the other winners did not go on to international fame but it is a lot of fun to see the range of countries and styles. 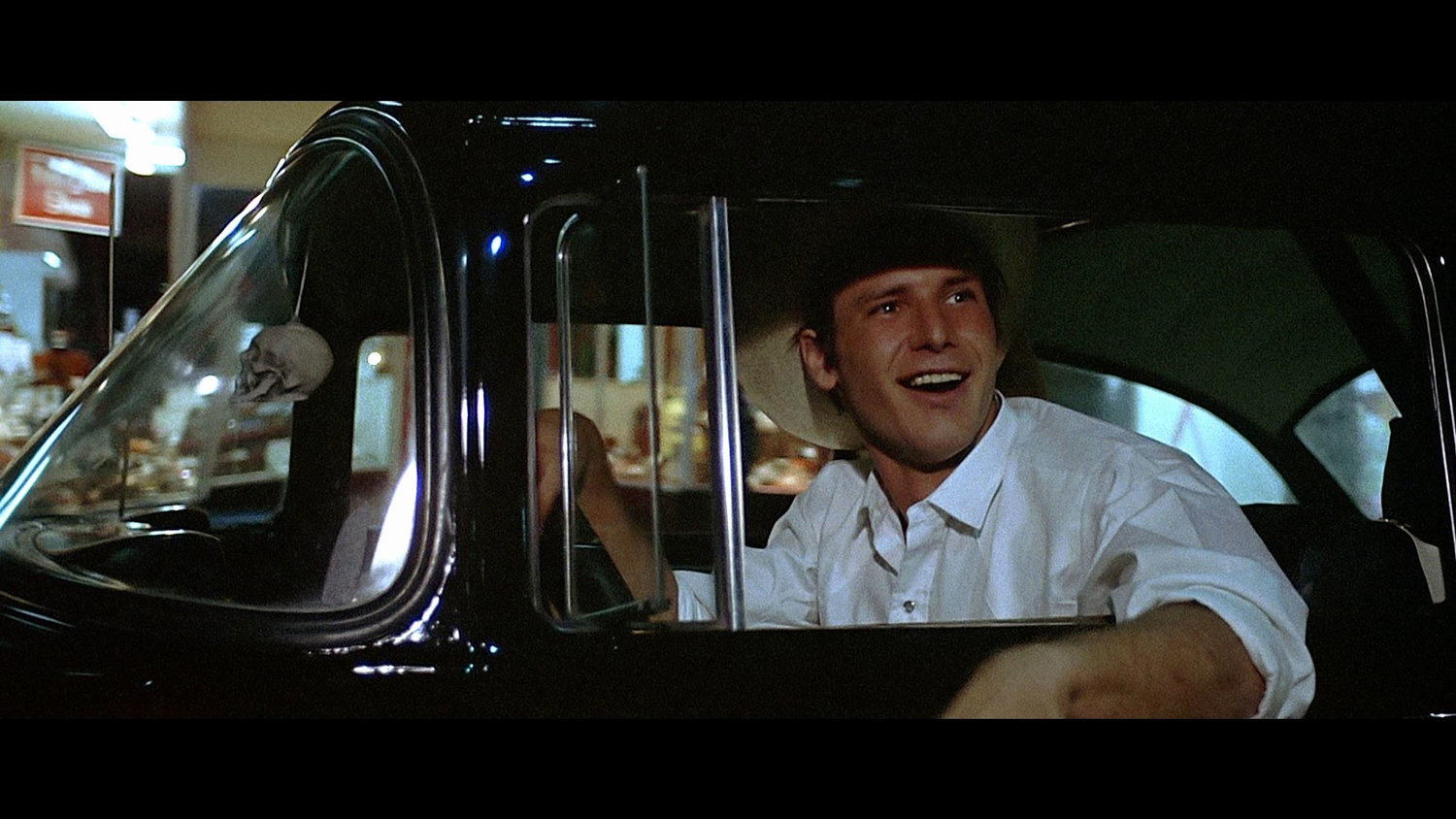 Movies for the Homebound XIII: Before They Were Famous

It is fun to look for early appearances of some of today’s biggest stars, including four Avengers.  Here are some great films with the added pleasure of seeing favorite performers before they were famous.

American Graffiti; This classic film about one night in the lives of a group of California teenagers features future stars Richard Dreyfuss, Harrison Ford, Mackenzie Phillips (the original “One Day at a Time”), and future directors Ron Howard and Charles Martin Smith.

“The Frisco Kid: Harrison Ford was not yet a star when he appeared with Gene Wilder in this westerrn about a cowboy and a rabbi.

It’s Kind of a Funny Story: Viola Davis plays a sympathetic therapist in this semi-autobiographical story about a teenager struggling with anxiety and depression who checks himself into a mental hospital.

School Ties: Matt Damon and Ben Affleck play classmates of a prep school’s star quarterback (Brendan Fraser) who is forced to conceal that he is a Jew.

Cellular: Before he was an Avenger, Chris Evans appeared in this nifty little thriller about a kidnapped woman (Kim Basinger).

Heart and Souls: And before he was an Avenger, Robert Downey Jr. starred in this bittersweet comedy about a man who has to help four souls complete their destiny so that they can get to heaven.

Mississippi Masala: Denzel Washington was already a successful actor, but not yet a major star when he appeared in his sweet love story about a Black American who falls for an immigrant from India, upsetting both of their families.

The Horse Whisperer: Before she was an Avenger, Scarlett Johansson played a traumatized girl whose mother seeks the help of a man who knows how to gentle horses and people.

Southland Tales: I can’t even begin to tell you what this strange and strangely fascinating movie is about. But I can tell you it has a really fun early appearance by Dwayne Johnson (The Rock). With hair.