Many thanks to two dear friends, Tim Gordon and Charles Kirkland, for inviting me on Keeping it Reel to talk about the best films of 2020. 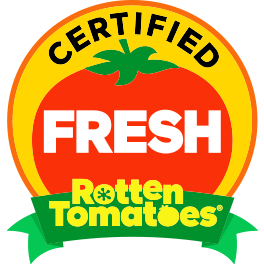 I’ve been a fan of Rotten Tomatoes since it started in 1998 and began adding my reviews to it shortly after. I check it several times every day. So it is one of the greatest honors of my life that I have been designated a “top critic!” That means my reviews will be highlighted on the site, along with those of so many of my favorite critics and friends. My deepest thanks to everyone at Rotten Tomatoes, especially those working so hard to make the site more inclusive and diverse.
Related Tags:
Critics

One of my favorite cultural critics, Mark Harris, has an uncharacteristically personal take on the cop shows he watched, some as a way to connect to his father, when he was growing up, from “Adam-12” to “The Mod Squad” to “Kojak.” He talks about his own experience and perspective as well as what, looking at them now, he sees about the way law enforcement has been portrayed in the media and how it has shaped our ideas.  It’s one of the most illuminating pieces of cultural criticism of the year.

And then, at night, the TV would go on and I would be transfixed by the cops I saw there, the men who seized a piece of my consciousness when it was at its most impressionable, captured my imagination, and made me believe in their effectiveness….I needed a better connection to my father than I had, and the one I found was Adam-12, a series that was, in a way, designed with almost insidious perfection as My First Police Show — a smooth transition from kids’ TV into the grown-up world. For one thing, it was only 30 minutes; for another, that half-hour was usually divided among two or three bite-size, easy-to-follow, often amazingly uneventful stories of two white cops on the beat in Los Angeles (a city as exotic as Mars to a child who had never been west of New Jersey)….

In an era when all TV shows have age-suitability ratings and content guides, the vigor with which adult cop shows of the 1970s were marketed to children seems shocking. But in fact, immense energy was invested in embedding those series in the collective consciousness of children. Dell published 15-cent Mod Squad comic books, and Topps sold Mod Squad chewing gum. You could get a wheel of Hawaii Five-0 Viewmaster slides and click through color pictures of unsmiling, black-suited Steve McGarrett arresting Honolulu’s miscreants, or buy Milton Bradley board games based on Columbo, Starsky & Hutch, or Kojak (“Be a part of thrilling police action on the city streets”), which allowed young players to use informants to track down a suspect hiding in a building. I coveted the Adam-12 lunchbox, which had an illustration of Malloy and Reed helping a little boy on one side and on the other the two of them crouching with their pistols drawn, ready to fire on an unseen suspect. The images were two halves of the same coin.

The Mod Squad was largely goodhearted, but in a way that made clear that the parameters of what constitutes a good heart were defined entirely by its white writers and producers. If the show were on now, it would be in sympathy with the Black Lives Matter protests, but it would single out those who lit fires and threw bricks as people who don’t truly believe that Black lives matter, and it would definitely not endorse defunding the police, because without the police, who would be able to explain all of this to the young people? Cops knew everything, could solve everything, could protect everyone … if you would just let them do their work. 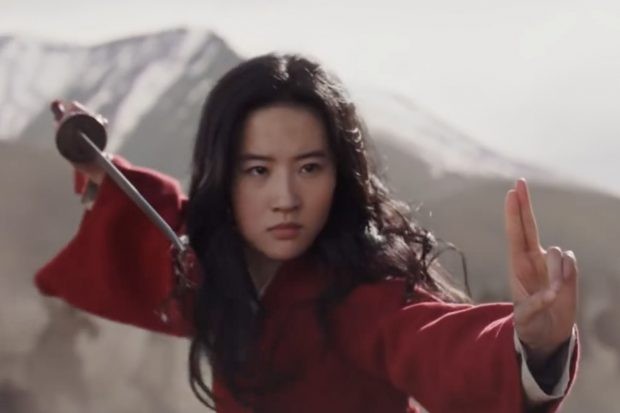 Some of the best writing about film I’ve read this week:

Jackson McHenry on Vulture discovers that The Best Parts of Christopher Nolan Movies Are All the Dainty Snacks and Drinks.

His films are full of immaculately manicured and coiffed heroes who tend to sport expensive suits, nice watches, and a level of deep sadness about women who’ve died in their proximity. They rarely sit down for a full meal, but they often pause for a quick cup of a tea and maybe half a sandwich, often while delivering some bit of exposition to another character. Once you start noticing the number of conversations that take place over dainty drinks and appetizers in Christopher Nolan movies, you simply cannot stop. He loves a small, civilized repast, especially if it involves a silver serving tray, and his universe is full of angsty men having a cup of a tea and a little something to tide them over till later.

On Slate, Sam Adams explains “Tenet” as thoroughly and clearly as it is humanly possible. Here’s a sample:

The word tenet reads the same backward and forward, one of several references to reversibility embedded in the film. Andrei Sator’s surname comes from the Sator Square, a five-by-five grid of interlocking letters that reads the same in every direction. It was first discovered in the ruins of Pompeii, which is a location that Andrei’s wife, Katherine (Elizabeth Debicki), and their son seem especially keen on visiting.

The other five words in the Sator Square all turn up in the movie at some point: There’s Rotas, the name of the security company that guards Andrei’s warehouse in the Oslo airport; Opera, the location of the movie’s first set piece; Arepo, the name of the art forger whose bogus Goya Katherine, who works at a high-priced auction house, arranged to have sold to her husband, and which he’s now using as leverage to keep her from leaving him. And there’s the central word in the Sator Square, the axis on which it turns: tenet.

Tenet is also the word ten backward and forward, which becomes key to the movie’s climactic sequence, in which synchronized attack teams move through time in opposite directions on a 10-minute countdown, performing what the movie calls a “temporal pincer.”

“Mulan” director Nikki Caro talks about filming the battle scene in the New York Times. At Polygon, Petrana Radulovic writes about one big change from the Disney animated version. The scene where Mulan dramatically cuts her hair off with her sword does not occur in the live-action remake and the larger implications of the Eastern vs. Western ideas about characters.

From an East Asian perspective, it’s pretty apparent why an independent Mulan wasn’t working well with the story. The idea of pursuing an individual destiny has been romanticized for male protagonists throughout Western canon. In adapting fairy tales like Beauty and the Beast and The Little Mermaid, where female protagonists passively waited around and suffered, Disney found it empowering to reinvent them as active heroines taking control of their own destinies. But Mulan doesn’t draw from a history of male heroes embarking on journeys. The idea of striking out against family goes against the Confucian notions of the original ballad.

My friend and one of my favorite critics, Roxana Hadadi writes about “Mulan” for Pajiba. She calls the film “visually resplendent but narratively stifled.”

On paper, the representation politics of the film hold up—but they act in service of a story that is so adamant about traditional masculinity and nationalist loyalty that there’s literally no other plot. Niki Caro’s Mulan is grandly rendered but narrowly minded, and the film’s self-seriousness will make you long for the 1998 animated version’s subversive gender politics and sense of fun.

And Robert Daniels says that “Antebellum” is the worst movie of the year. His review may be one of the best of the year. “‘Antebellum’ is an unrepentantly violent film, and this entire sequence shows how it falsely equates shock value with empathy.”

In Antebellum, Bush and Renz desperately prod around in the dark, trying to discover the gravity of prestige slave movies like 12 Years a Slave. Slaves whistle “Lift Every Voice and Sing” in the cotton fields; one Confederate soldier calls another “snowflake”; grey-coats chant the Nazi refrain “blood and soil”; a statue of Robert E. Lee materializes on a foggy battlefield. The directors evoke these images as symbols, but don’t have the next-level horror-film ability to match symbolism with meaning. The narrative’s metaphorical thud resounds as loudly as the rolling sea.

In one of the movie’s few satisfying moments — and in a lyrically beautiful image — Eden rides a horse while wearing a Union coat and brandishing a battleaxe. She careens through Confederate lines, mouth bloodied and agape. But her uplifting revolution can’t redeem Antebellum’s grotesque wallowing and jangly script. 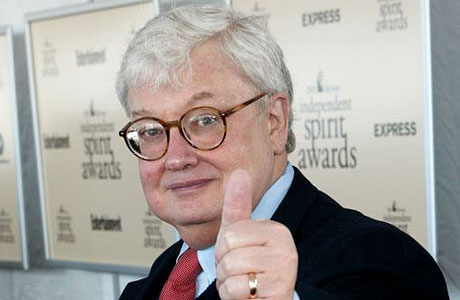 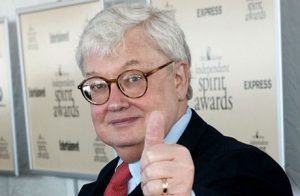 I’m delighted with the elegant and more user-friendly re-design at rogerebert.com, where I serve as assistant editor and critic. Editor in chief Chaz Ebert has generously used the re-launch to pay tribute to our writers, including a link to my appreciation essay about Carl Reiner. It is one of the great honors of my professional life to be a part of the site founded by Roger Ebert, whose work has been an inspiration for me since his first review in the Chicago Sun-Times when I was in high school.