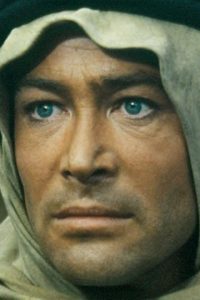 I’ve always wanted to go to the TCM Classic Film Festival and now I kind of can — it’s going to be virtual, and everyone is invited.

To provide additional context and insight, details are below that share when these films were screened at the Festival along with the special guests that attended these screenings. This special edition of the Fest begins April 16 at 8pm continuing until April 19 on TCM and will include TCM hosts, special guests and events to follow on-air and online.

THURSDAY, APRIL 16
8:00 PM A Star is Born (1954)
Opening Night Film at the inaugural 2010 TCM Classic Film Festival, presented by Robert Osborne and Alec Baldwin.
11:00 PM Metropolis (1927)
Closing Night Film at the 2010 TCM CFF, this was the North American premiere of a restored version of the film with footage found in 2008 in Argentina, with live score by the Alloy Orchestra.
1:45 AM Luise Rainer: Live from the TCM Classic Film Festival (2011)
Recorded at the 1st TCM CFF in 2010 when Ms. Rainer, the first back-to-back Oscar winner for Best Actress, was 100 years old.
2:30 AM The Good Earth (1937)
Presented at the 2010 TCMCFF with Luise Rainer in attendance.
5:00 AM Neptune’s Daughter (1949)
Presented at the 2010 TCM CFF at the Hollywood Roosevelt Hotel pool on Opening Night, with Esther Williams and Betty Garrett in attendance and featuring a performance by the Aqualilies.
FRIDAY, APRIL 17
6:45 AM The Seventh Seal (1957)
Shown as part of a tribute to Max Von Sydow at the 2013 TCM CFF, with the actor in attendance.
8:30 AM She Wore a Yellow Ribbon (1949)
Introduced by Keith Carradine, at the 2016 TCM CFF.
10:30 AM Sounder (1972)
Presented at the 2018 TCM CFF with Cicely Tyson in attendance, who was honored prior to the screening with a hand and footprint ceremony at the TCL Chinese Theatre IMAX. 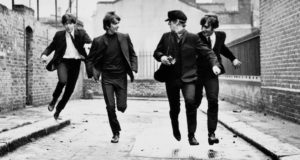