In Slate, Aisha Harris has a very comprehensive list of the movies that inspired writer/director Damien Chazelle in creating the musical romance, “La La Land,” from the more obvious (“Singin’ in the Rain,” “The Umbrellas of Cherbourg”) to the more arcane (“Boogie Nights?”). I enjoyed especially her comments on “Funny Face” and the Fred Astaire and Ginger Rogers films, and her notice of the word “parapluie” (French for “umbrella”) in one of the scenes on the studio lot. 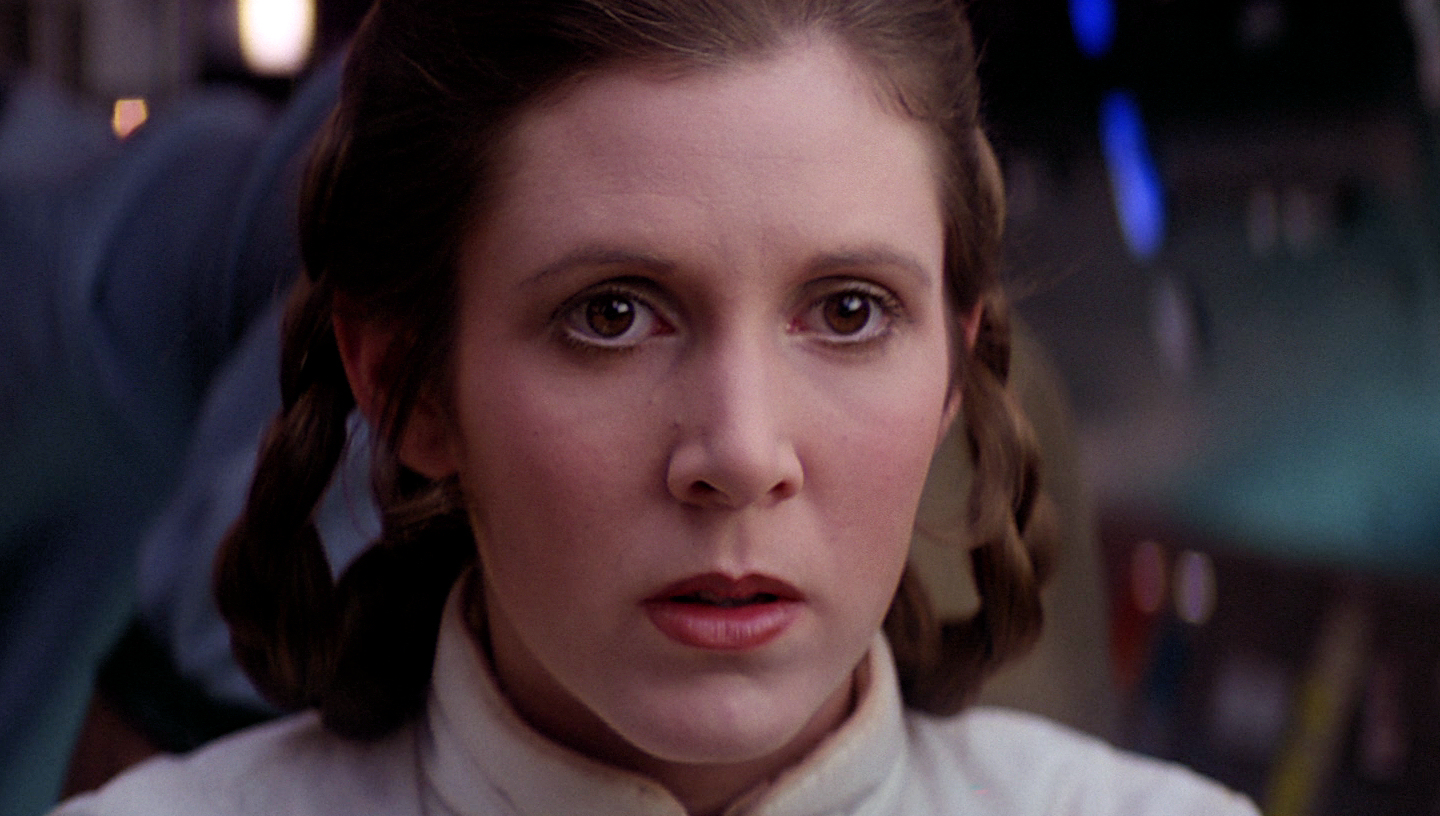 We mourn the loss of Carrie Fisher, who has died of a heart attack at age 60.

Her first two movie roles were in films that have becomes icon of their eras: “Shampoo” and the original “Star Wars,” now known as “A New Hope.”  In both, she wore white. Other than that, they had little in common, introducing us to a performer with confidence and range.  She has said that George Lucas gave her little direction as she had to watch a green screen that would some day have an image of her planet being destroyed.  All he said was, “Look over there.” But, still a teenager, she instantly conveyed the fierce resolve that made Princess Leia a heroine to lift the hearts of boys and girls around the world and across the generations.  She even survived one of the worst hairstyles in the history of movies.

She also survived a Hollywood childhood of chaos in the public eye.  Her parents, Debbie Reynolds (who also became a movie superstar while still in her teens, when she made “Singin’ in the Rain”) and pop star Eddie Fisher were considered America’s sweethearts, until Fisher left Reynolds for the just-widowed Elizabeth Taylor (who would leave him for then-married Richard Burton).  Fisher explored her relationship with her mother and her recovery from drug abuse in Postcards from the Edge, first a novel and then a movie starring Meryl Streep and Shirley MacLaine, and her relationship with singer Paul Simon, including a brief marriage, in Surrender the Pink.

She was an uncredited script doctor for many films, including “The Empire Strikes Back.”

If the heroine of a romantic comedy (or her sarcastic best friend) has a witty quip, more than likely that was written by Carrie Fisher. She reportedly sharpened up the dialog on “Sister Act,” “The Wedding Singer,” “Lethal Weapon 3,” and “Hook.”  Perhaps her most apt role was as the quippy best friend in Nora Ephron’s When Harry Met Sally. Slate has a lovely tribute to that role.

I was lucky enough to see her one-woman show, “Wishful Drinking,” based on her memoir. I loved the story she told about what happened when her mother found out she had dropped LSD. “So, she called Cary Grant,” Fisher said with a dry edge. “As one does.” And no one could bring down the house with one syllable the way she did in describing some of the people on her very complicated family tree. She would assign them their legal relationship and then pause for just a beat to add, “ish.”

Fisher was fearless about her failures and challenges, from her struggles with bi-polar disorder and drugs to personal upheaval. She was a devoted mother to her Billie Lourd, who is following in the family tradition by appearing on the television series “Scream Queens.”

Sleepy Skunk has done it again — I love this gorgeously assembled tribute to the movies of 2016.

Celtic Women: Joy to the World