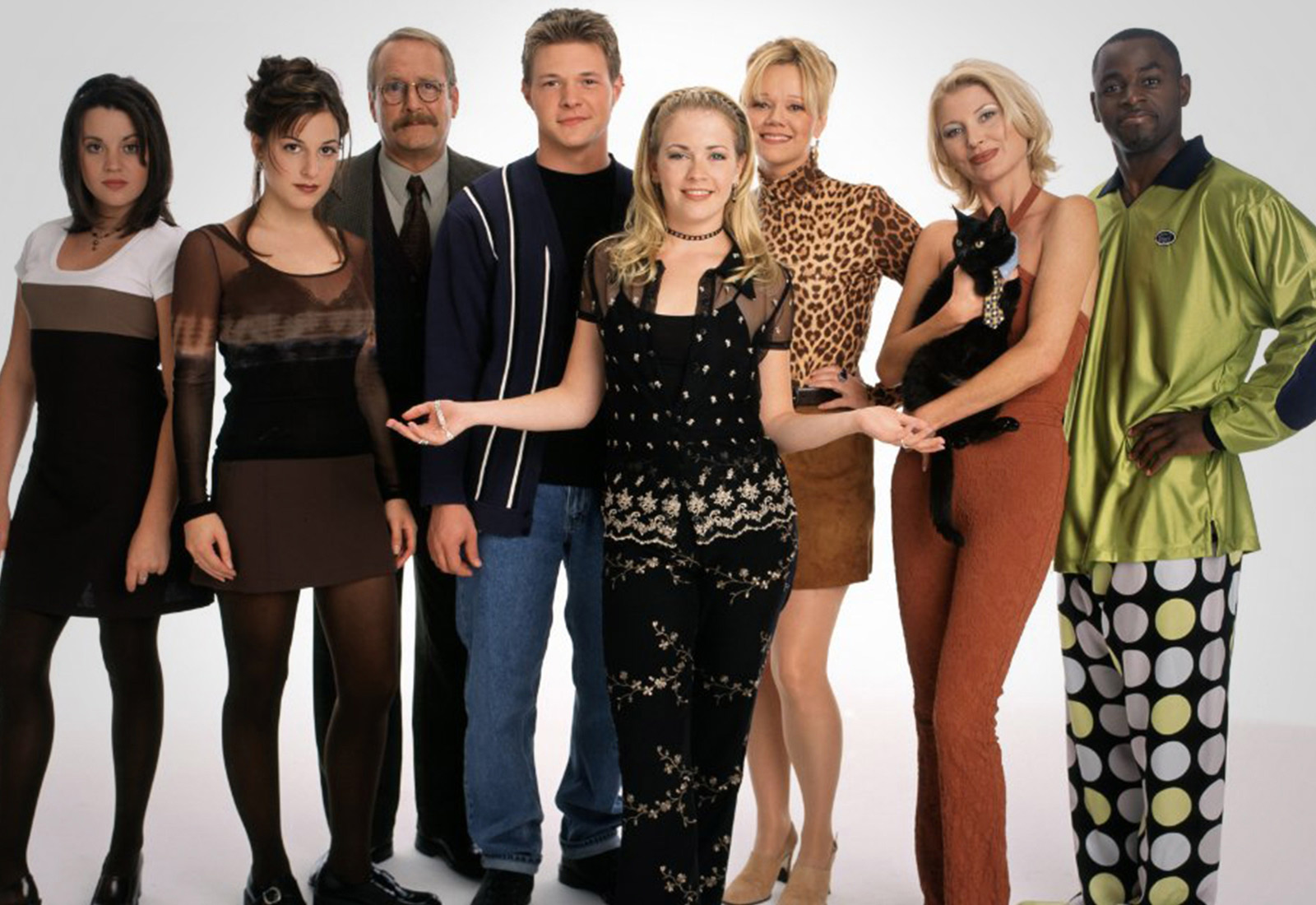 Nell Scovell Talks About The Groundbreaking Sabrina, The Teenage Witch

It was 25 years ago that “Sabrina the Teenage Witch” premiered as a part of ABC’s “TGIF” line-up of family-friendly shows. The character was based on the Archie comic book series, but it was showrunner Nell Scovell who gave her a last name and a subtly but unabashedly feminist spin. In a 25th anniversary interview, Scovell told Elle that what made it fun for her was a twist on the magical female stories like “Bewitched” and “I Dream of Jeannie.” Those characters had to hide their powers. Sabrina, who only discovers her powers when she turns 16 and is thus still learning how to use them, is encouraged to make the most of her gifts. She had some of Scovell in her as well. “The revolutionary idea of Sabrina is she’s a good kid. She doesn’t want to be a cheerleader popular. She, like me, wanted to be good in school, and a good person.”
Related Tags:
Television Writers 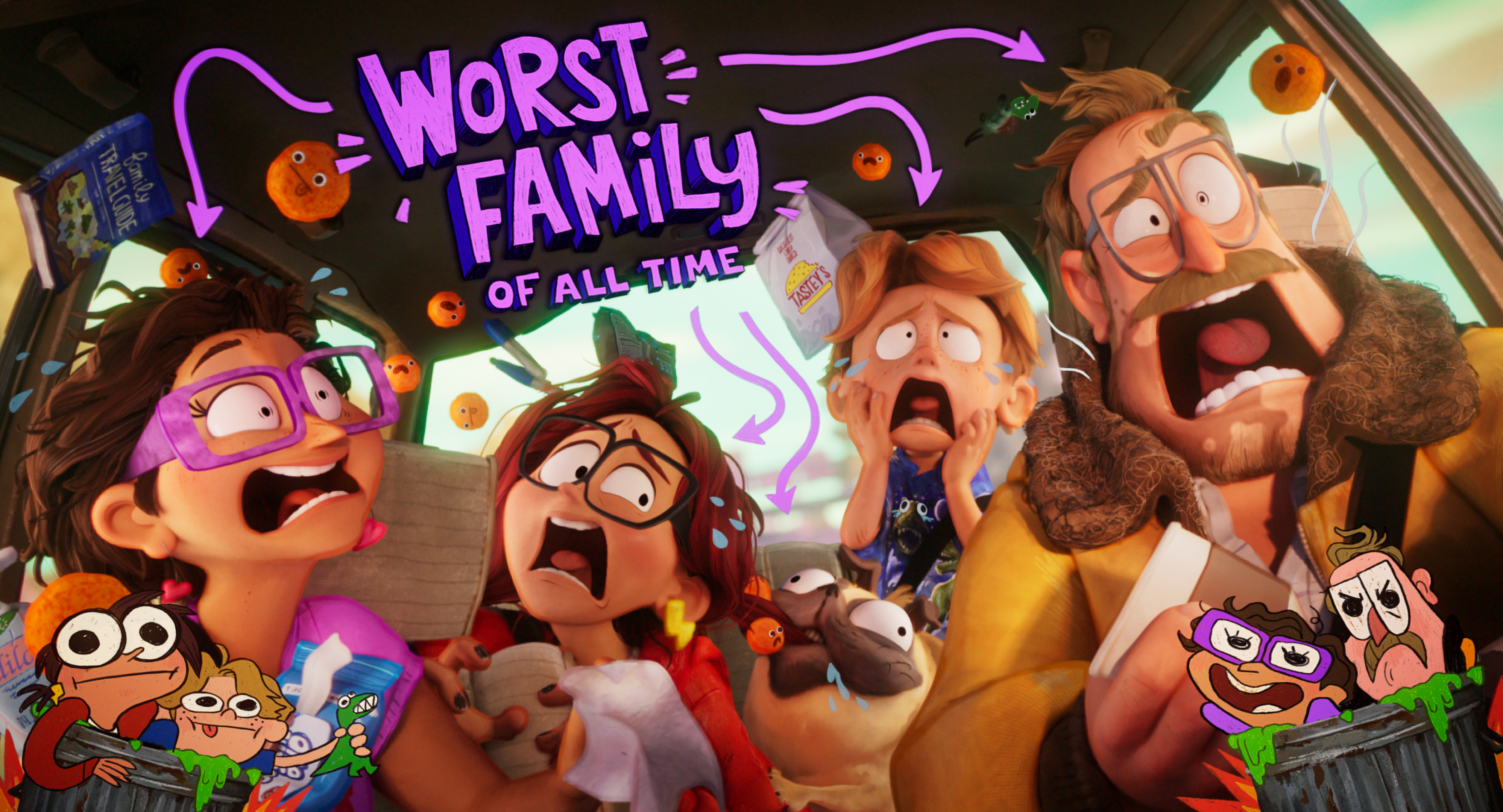 The Filmmakers on “The Mitchells vs. The Machines”

I was lucky enough to attend a press event featuring the producers Chris Miller and Phil Lord (the “LEGO Movie”) and producer Kurt Albrecht, along with co-writer and co-director, Michael Rianda. The moderator was my good friend and fellow Washington DC film critic Kevin McCarthy. Some highlights:

“Despite not having gone through a robot apocalypse, it’s a very personal story for me,” said Rianda, who also provides some of the voices in the film. “The dad is based on why day who would always say, ‘Put down your Gameboy! There’s a sparrow!’ My dad loved nature to a degree that is haunting.” He said everyone on the team brought their own family histories and experiences to the film, and that is why it was important to him to have not just the names but the photos of the filmmakers and the families in the closing credits. Miller said his dad was also a nature nut who loved to stop in the middle of family car trips to have a snowball fight or enjoy the outdoors.

The main character in the film is Katie, voiced by Abbi Jacobson, an aspiring filmmaker. In her room she has a Mount Rushmore of filmmakers. So McCarthy asked the panel who they would pick for their own Mount Rushmore. All of them agreed on Hal Ashby (“Shampoo,” “Harold and Maude,” “Being There”), which is probably how he ended up on Katie’s wall. Rianda also picked Studio Ghibli animation giants Hayao Miyazaki and Isao Takahata along with Martin Scorsese. Lord said that at Katie’s age he would have added Tim Burton, Spike Lee, Chuck Jones (bold and inventive) and Mel Brooks. Miller picked the Coen brothers, Billy Wilder, and Akira Kurosawa. Albrecht would select Steven Spielberg and Pixar’s Brad Bird.

A theme in the film is social media and the feelings of inadequacy and competitiveness it can entail. “Everyone thinks their family is nuts,” Rianda said. And when you finally admit it, the response is always, “Mine, too!” He said they wanted the Mitchells to be dysfunctional but loving. Casting real-life husband and wife and social media stars Chrissy Teigen and John Legend as the impossibly aspirational Instagramers the Mitchells envy turned out even better than he expected because they were so warm and accessible and eager to improvise. “Even though they seem perfect, they are very relatable.”

Another theme audiences will recognize is the Mitchells’ tendency to be on their phones instead of looking at what is in front of them. Rianda said that in his own life he has experimented with putting his and his wife’s phone in a safe at night and “in eight minutes you’re having the deepest conversation you’ve had in years. ‘What was your childhood like?’ You have to fill the silence somehow!” Miller’s family has a no-screens-at-the-table rule.

Lord talked about technological innovation in the film, and the fun of “taking it for a spin to see what it could do.” He wanted a “handmade, hand-painted, textured” look to the film, a “watercolor, ramshackle vibe.” The 1:85 ratio of the image also made it feel more intimate, as though you were in the Mitchells’ home. 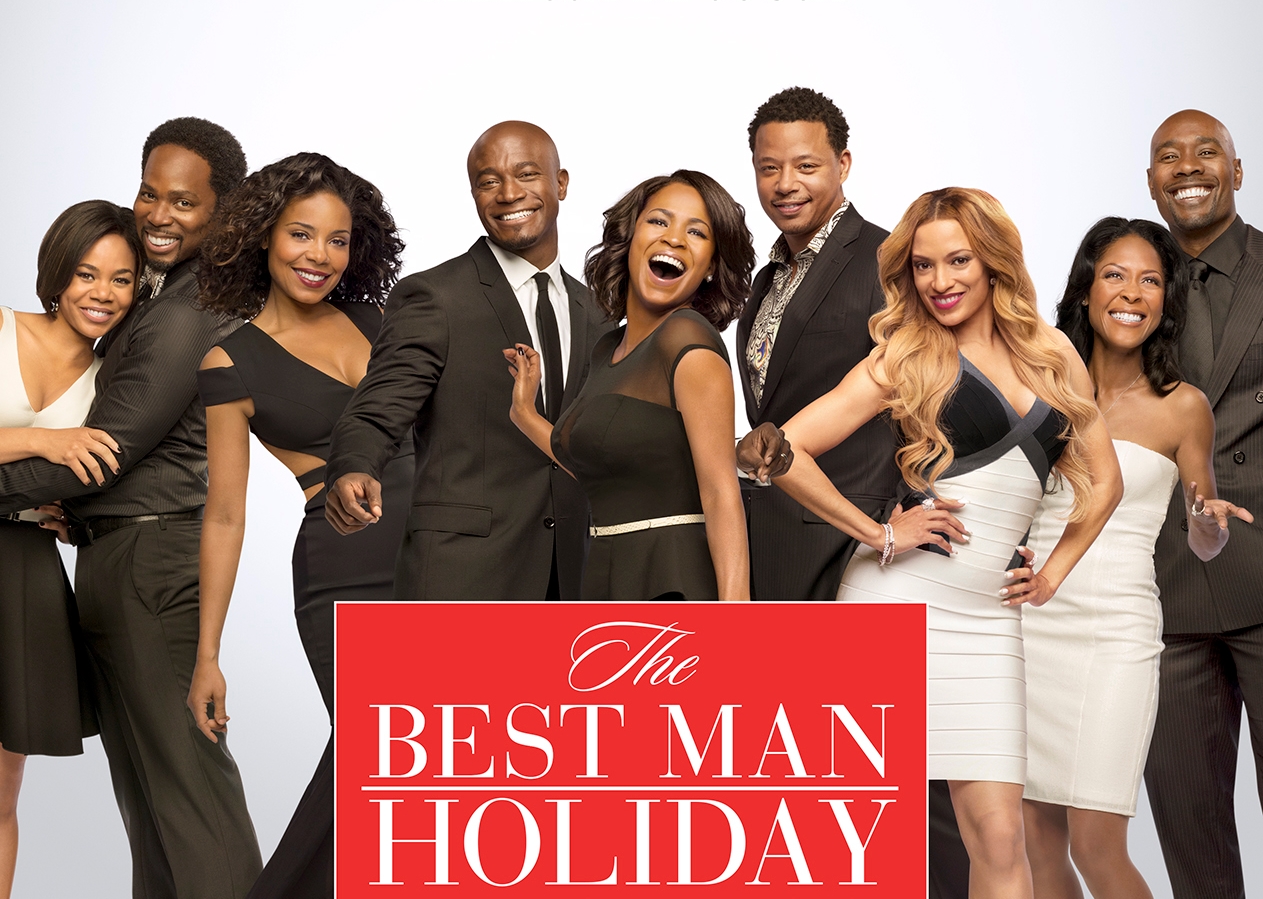 I was lucky enough to join a small group of journalists for an interview with Lee about the original film and the updates. He told us that it was the sixth script he wrote while he was still living in his parents’ basement, and the thought that if this one did not sell, he might give up.

He said that Jeff Friday and Nicole Friday of the American Black Film Festival, the founders wanted to honor him and the cast for the 20th anniversary of its release, but because of the pandemic it was postponed and they got IMDb to televise it. “I asked the cast if they wanted to do it and they kind of all jumped at the chance to do so because the film was wildly respected, loved and beloved. We got together. It was a really good fun time. Lot of laughs. A lot of stories exchanged. Things I didn’t know. Things that they didn’t know. There’s a lot of great energy when we get together. I think it’s a testament to how the actors feel about the movie and about each other.” And we can look forward to another update on Peacock: “The Best Man: Final Chapters

Lee said he never planned that it would become a franchise.

My inspiration and impetus for writing “The Best Man” was the fact that I wasn’t seeing myself represented on screen. The people that I knew, Black American educated middle class aspirational people in movies and television to that point were very unrecognizable to me. Super stiff, clipped English, and devoid of cultural specificity. I said, “I love reunion movies. I love college movies.” College movies rather. I remember seeing “Waiting to Exhale,” which is four very distinct black women and they were all these unremarkable archetypal black men portrayed and I was like, “I want four Black men.” This is fully different and it will all be college friends and have different philosophies and what not and that was the kind of the impetus behind it. The fact that people really took to the movie is great and there was talk of a sequel back then but I didn’t want to be a one trick pony. I didn’t want to just tell one kind of story. I said, “If I’m going to revisit these characters,” which I was interested in doing but I want to do it like maybe 10 years later when the characters have a chance to live some life, and I had a chance to live some life and so that we could tell a fuller story. Not just be like, “What different story are we going to tell now that we just told a year ago.” A lot of time when they make sequels it’s a money grab. It’s like, “Oh. How do I what I did? How do I capture that magic again?”

One core element of the original film was a character’s writing a novel that exposed some of his friend’s secrets, so it was inevitable to ask Lee whether he based the characters on people he knew and how they responded.

It is funny too because the friends that thought they were those characters. I was like, “Well you were not exactly the person I was thinking of.” What’s great about it is that I took pieces from a lot of different people. I knew what I wanted for each of these characters and who I wanted them to be but nobody was a specific individual. They were just pieces of people.

We asked him about casting.

I think when we go to the movies there’s an aspirational aspect, a heightened reality, a little bit of an escapism as well, but also a place where we can say, “Oh like that I can relate.” People love seeing people get married. People love seeing beautiful people get married. And we had such a tremendous response in the acting community to the script. A lot of black actors weren’t getting that opportunity to play full people. Here was an opportunity for eight of them to play these roles. Not just to be the sidekick or the best friend or the one that’s packing the funny jokes or the sassy one or whatever. It was an opportunity for them to play real people and so the response was tremendous.
They were all very excited to take this on.

There was a real joy and opportunity for them to showcase themselves. They trusted the script. They trusted me. I wasn’t just like, “All right. Let’s read the lines.” We worked rehearsal for two weeks. Really let them dive into character and backstory and subtext. I think that was what they were all really excited about and all wanted it to be great. It was even more so for “Best Man Holiday” because the energy in Hollywood was in a weird place at that time where they weren’t really putting much stock into African American-cast movies.

We had to ask about “Space Jam: A New Legacy.” 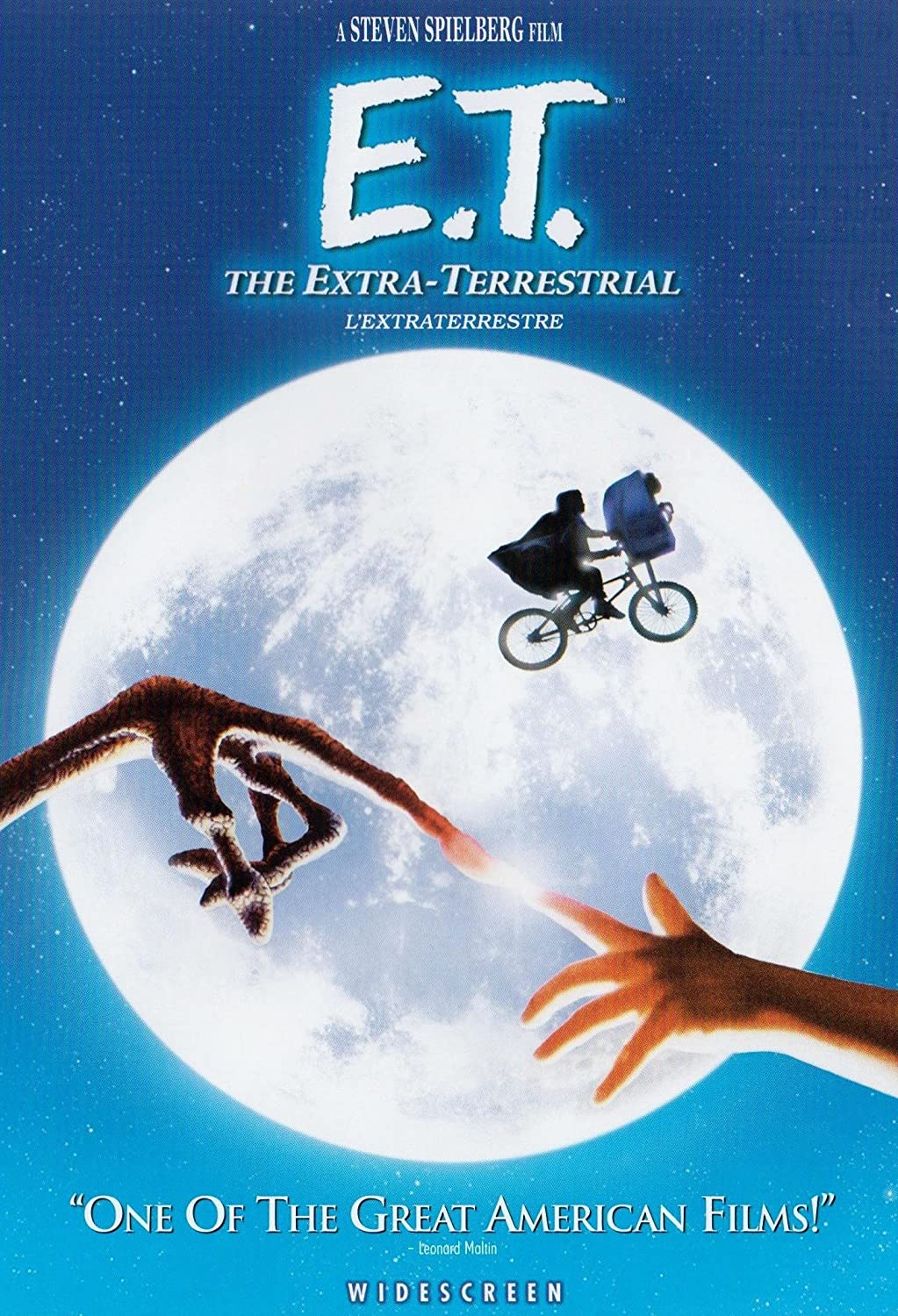 The Movies That Inspired Screenwriters To Write Their Own

LA Magazine has an entertaining article about the movies that inspired screenwriters to write their own. Several of them pointed to representation that communicated to them for the first time that it was possible for someone like them to work in show business. Felischa Marye of “13 Reasons Why” said it was the Black romances of the 90s like “Love Jones” and “Love and Basketball.” Some talked about the films that excited them as children, like Dustin Lance Black (“Milk”), who remembered seeing “ET” at age 8.

E.T. was centered on a single-parent home, its middle child, Elliot, in desperate need of connection, hope, friendship, love, and to my young mind’s eye: a father figure. He was my age. Like me, a middle child. And like him, I had no clue where my dad was. I had never connected with anyone in a film the way I did with Elliot that day. Because, unlike the solitary experience of watching TV at home, I wasn’t the only one laughing and gasping. Everyone in the audience was. Often in unison. For those treasured two hours, I knew I wasn’t alone. And for a shy boy who was certain he was too strange for this world, there was no better medicine than to learn that my heart beat in similar fashion to others’. 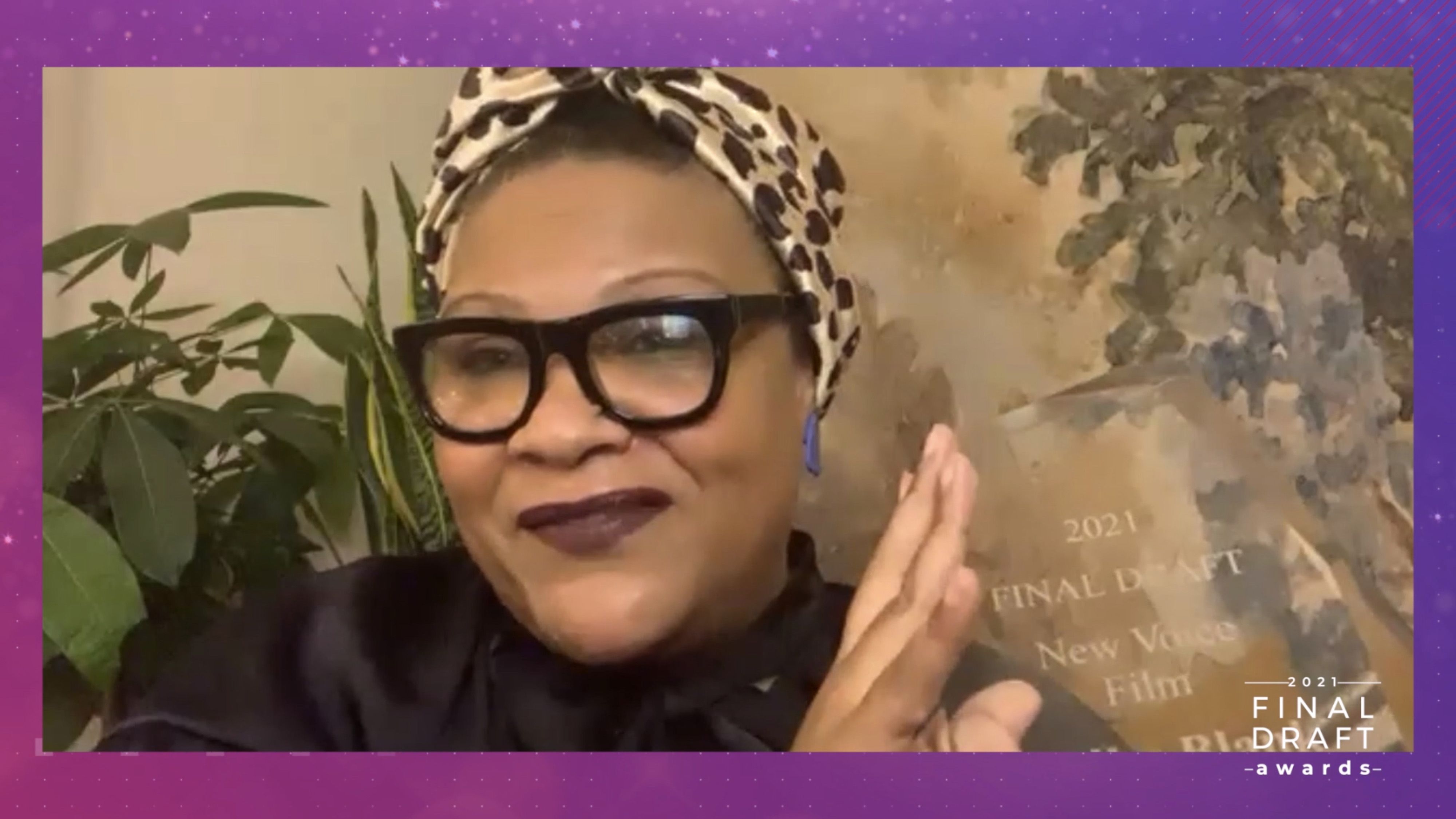 Final Draft is the most popular word processing software used for writing movie scripts, which have to be in a particular (and peculiar) format. This week, Final Draft recognized the creative minds who use their programs to imagine great films.

In a Zoom ceremony, Aaron Sorkin was presented with the Zeitgeist Award for “The Trial of the Chicago 7,” a movie about events in 1969 that has been in the planning stages since 2006, when Steven Spielberg first approached him about writing the screenplay. But somehow, in the way of movie synchronicity, it seemed to arrive at just the right moment. As he said, “The zeitgeist crashed into us.”