Cynthia Erivo stars as Harriet Tubman in a new film about the extraordinary life of the courageous woman who risked everything to give freedom to enslaved persons.

Related Tags:
Based on a true story Biography Epic/Historical Trailers, Previews, and Clips 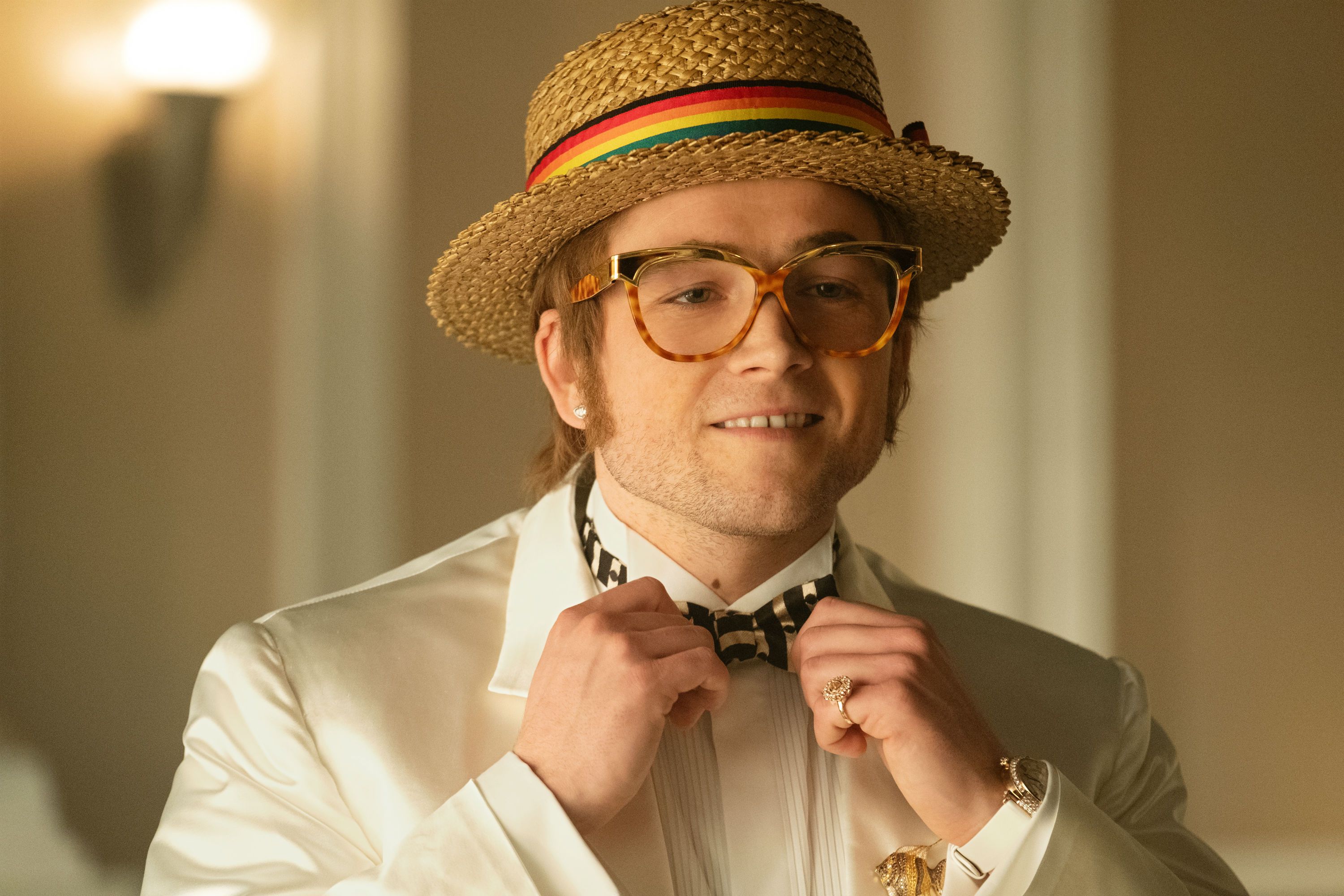 Elton John strides purposively down a corridor dressed in what looks like devil costume for Liberace’s Halloween party. But he is not moving toward a stage or recording studio. He is not going to sing or compose. He is going to tell his story to a different kind of audience, a support group in a drug rehab facility. And to us.

“Rocketman,” produced by Sir Elton himself, is a sometimes-impressionistic retelling of the classic VH1 “Behind the Music” story of sex, drugs, and rock and roll. Instead of “and then I wrote” with a chronological rehash of hits, celebrity encounters, romantic ups and downs, and AA-style amends, it is a dramatic version of a jukebox musical, with full-on dance numbers and songs that match the mood of the moment. Director Dexter Fletcher, who also finished up “Bohemian Rhapsody” after the original director was fired, wisely uses the more flamboyant elements of the story as a backdrop and keeps the camera focus on Taron Egerton (the “Kingsman” movies and “Eddie the Eagle,” also directed by Fletcher). He makes us see the energy and magnetism of Sir Elton as a performer, but it is in the most intimate close-ups that we see Sir Elton the person, vulnerable, scared, and longing to be truly accepted.

As Sir Elton tells his story to the support group, he removes the costume, a piece at a time (the horns come off first), and he reveals his own layers as well, starting with the child then known as Reg Dwight (an impressive Matthew Illesley), who lives with his distant father (when Reg asks for a hug, his father says, “Don’t be soft.”) and his self-involved mother (Bryce Dallas Howard), and his kind-hearted grandmother (Gemma Jones). Reg’s musical gifts are evident immediately; he can play anything he hears. He gets a scholarship to the Royal Academy of Music (his grandmother takes him there when his mother can’t be bothered).

And then he hears Elvis, and it’s all about rock and roll. His band plays back-up for touring American acts, and he changes his name (“Elton” was nicked from a bandmate; in the movie John comes from John Lennon but in real life it was from his mentor, “Long John” Baldry). And then he answers an ad for singers and songwriters and, when he says he composes and does not write lyrics, an unopened envelope is handed to him and it turns out to be from Bernie Taupin (Jamie Bell of Billy Elliot and Film Stars Don’t Die In Liverpool). They form a close working and personal relationship.

And then there is the breakthrough performance at LA’s legendary Troubadour club. The future Sir Elton at first refuses to leave the bathroom when he hears that musical legends are in the audience: some of the Beach Boys, Leon Russell, Neil Young. But then he comes on stage and it is magical. We see him, and then the audience literally float up into the air, an exquisitely lovely moment that perfectly translates the euphoria of the performance.

Then there is a troubled romantic and professional relationship with a new manager (smoldering Richard Madden as John Reid) and unimaginable excess as he still struggles for acceptance from his parents. In a particularly wrenching scene Sir Elton sees his father, who will not see him perform, warmly affectionate with the children of his second wife. As we return to the scene at rehab, we see him finally able to accept the love he so desperately wants.

Egerton showed us in the “Kingsman” movies that he has what it takes for the performative side of this story, but this is the first time we have had a chance to see just how sensitive and subtle an actor he is. There are moments when we can see three or four different emotions on his face at once, as in his phone call to his mother to tell her he is gay or when he is mesmerized, terrified, and flickering back and forth between being open and hiding his feelings with Reid.  In one split second he goes from drugged-out, depressed, and anxious back stage to full-on rock star as he walks out toward the audience.  It is hard to imagine there will be a better performance on screen this year.

Sir Elton wanted the focus of this story to be on his personal life and his feelings, interpreted by the music, rather than his story as a composer and performing artist. For that, of course, we have Sir Elton himself, his music videos and recordings of his live performances, and the songs which over decades have said so much.

Family discussion: What person did he want to be? Which is your favorite Elton John song? How do you like this more subjective form of storytelling?

If you like this, try: the music of Elton John and other real-life stories of musicians including “Bohemian Rhapsody,” “Coal Miner’s Daughter,” and “Walk the Line”

If I had a time machine and an invisibility cloak, I would love to listen in on the conversations between two members of Oxford’s Inklings literary society, J.R.R. Tolkien and C.S. Lewis, as they discussed the importance of myth and fantasy and shared the beginnings of their great tales of adventure, darling, and the fight against evil, set in enchanted worlds: the Lord of the Rings and the Narnia stories. These stories, which prompted a revival of fantasy in literature and other media, are so timeless it seems as if we have always known them. And yet, they are very much 20th century books, written by authors whose own lives are fascinating stories as well. We have already had two very good feature films about Lewis and his wife, Joy Gresham, both called “Shadowlands.” And now we have “Tolkien,” the story of the early life of the man who would create not just the characters and settings of Middle Earth but also the languages and even the poetry of the world of hobbits, elves, dwarves, and dragons.

The film mostly evades the usual “how I wrote” biopic boobytraps. We only briefly see the author in the midst of creation, his pen just starting the first line on a blank page. And it does not try to excite the devoted fans by throwing in a lot of clues to various details in the books. The focus of this story is on Tolkien’s life, which is a worthy story itself, especially in the way it explores how even the greatest losses are made sense of through love, through friendship, through service, and through stories that provide context and meaning.

The film moves back and forth in time between Tolkien’s youth, adolescence, college years, and wartime, with one brief “many years later” section of him married and a father, as a member of the faculty at Oxford.

John Ronald Reuel Tolkien (called Ronald by those close to him) is played sensitively as a teenager and adult by Nicholas Hoult. Orphaned very young, Tolkien and his brother are sent to live in a boarding house by their guardian, a priest (Colm Meany). The cold, institutional setting of their British private school is very far from the lessons they had with their devoted, imaginative mother (Laura Donnelly). But Tolkien is a gifted student and a natural at studies and rugby, and he is soon befriended by three boys who form a club with him, devoted to having tea, to, yes, fellowship, and to dreams of changing the world through art, in spite of parental efforts toward more conventional careers. One loves poetry, one loves painting, one loves music. And Tolkien loved languages. He began creating whole languages, complete with verb forms and adjectives, when he was still a child.

The other orphan at the boarding house is Edith Bratt (Lily Collins), a gifted pianist who works as a companion to the lady who runs the boarding house to earn her keep. She and Tolkien are friends, then confidantes, and then, as they are becoming romantically involved, the priest tells Tolkien he must stop seeing her and go to Oxford.  He agrees.

Hoult and Collins made the Ronald/Edith relationship vital and romantic, as they spar over the sound and meaning of words or come up with a makeshift way to enjoy a performance of Wagner.  They bring life to what might otherwise might be a stodgy costume drama and to the idea of stories as a source of healing, meaning, and connection.

Parents should know that this film includes WWI battle scenes with disturbing images, including piles of bodies, sad deaths of a parent and friends, drinking and drunkenness.

Family discussion: If your friend formed a club, what would you call it? How can art change the world? Why was it so important to Tolkien to publish his friend’s poems? How did Tolkien’s experiences inspire his books?

If you like this, try: the “Lord of the Rings” and “Hobbit” films and books 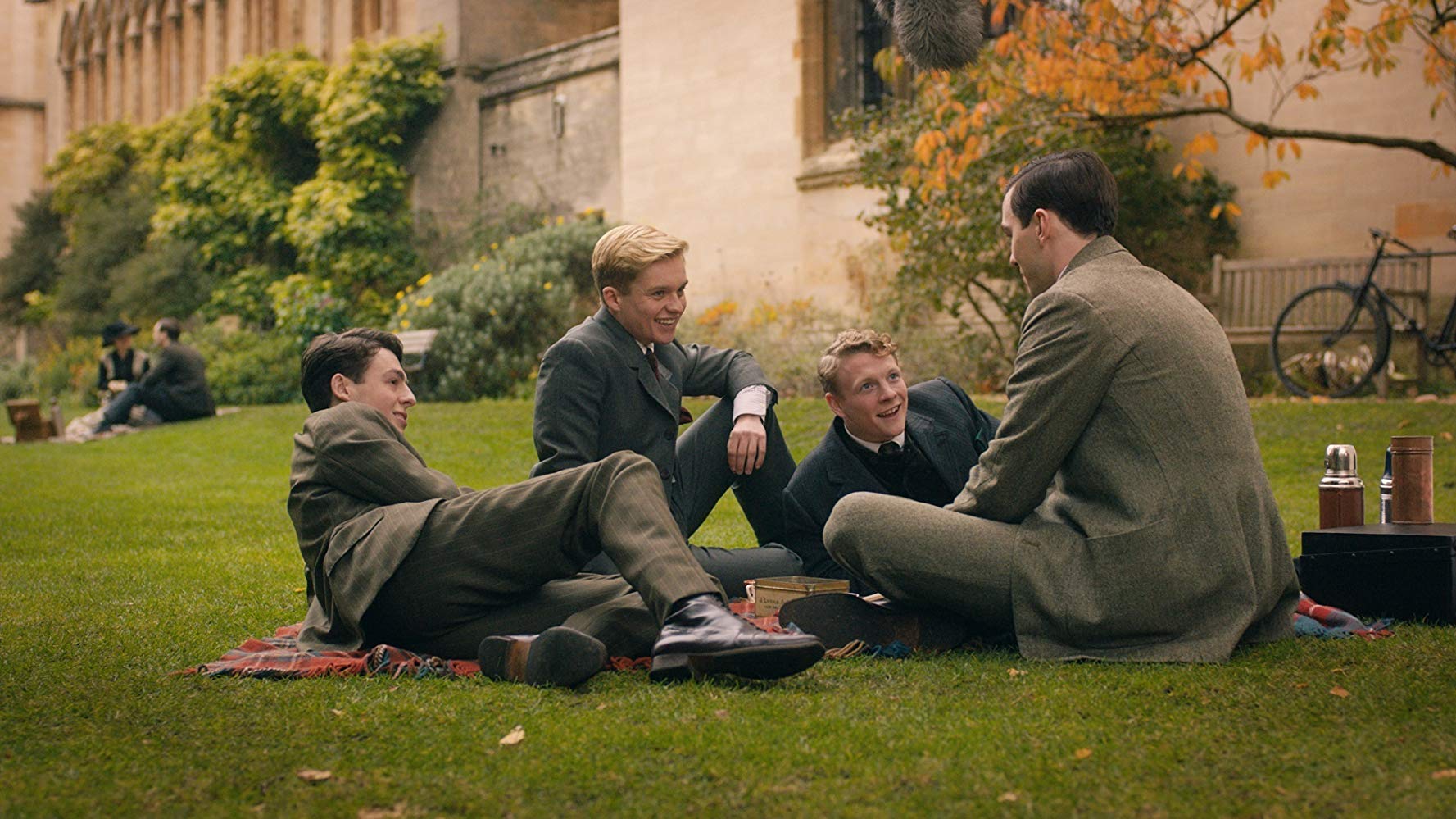 Nicholas Hoult and Lily Collins star in “Tolkien,” about the early years of the author of the Lord of the Rings books.

Related Tags:
Based on a true story Biography Trailers, Previews, and Clips

Share the Stories of Martin Luther King on MLK Day 2019

As we celebrate the birthday of Martin Luther King, every family should take time to talk about this great American leader and hero of the Civil Rights Movement. There are outstanding films and other resources for all ages.

, starring Jeffrey Wright as Dr. King. And every family should study the history of the Montgomery bus boycott that changed the world.

Families should also read They Walked To Freedom 1955-1956: The Story of the Montgomery Bus Boycott

The March, narrated by Denzel Washington, is a documentary about the historic March on Washington with Dr. King’s famous “I have a dream” speech.

tells the story of the fight for voting rights.

, starring Whoopi Goldberg and Sissy Spacek, makes clear that the boycott was a reminder to black and white women of their rights and opportunities — and risk of change.

is a PBS documentary with archival footage of Dr. King and his colleagues.

Martin Luther King Jr. – I Have a Dream

For children, Our Friend, Martin

are a good introduction to Dr. King and the Civil Rights movement.

Related Tags:
Based on a true story Biography Documentary Race and Diversity