Tonight select audiences at AMC theaters across the country got their first chance to see a glimpse of the upcoming “Tron: Legacy,” the sequel to the 1982 Disney film with Jeff Bridges that was one of the first to explore the then-new world of computer games.

Just as the first one did, this sequel, again with Bridges and with Garrett Hedlund as the son who goes into the grid in search of his father, is a stunning display of breakthrough technology. The scenes we saw in IMAX 3D were dazzling, with a gladiator-style disk throw, motorcycle race, and of course a high-tech chase. (Those who don’t mind spoilers can see the details on Gamertell.)

One of the most popular new comedies on television this season is “Mike and Molly” a romance about an overweight couple played by gifted performers Billy Gardell and Melissa McCarthy (“Gilmore Girls”). Freelance blogger Maura Kelly wrote a post on the Marie Claire site titled “Should Fatties Get a Room (Even on TV)?” She said it was disgusting to watch the characters “with rolls of fat” kiss. “To be brutally honest, even in real life, I find it aesthetically displeasing to watch a very, very fat person simply walk across a room — just like I’d find it distressing if I saw a very drunk person stumbling across a bar or a heroin addict slumping in a chair.” She accuses the show of promoting an unhealthy lifestyle.
The show’s creator, Mark Roberts, wrote a superb response in the Hollywood Reporter. He resists the temptation to demonize Kelly, and emphasizes her right to express her opinion. But he says, “I don’t think of anybody by their body type, certainly not people that I work with and love and respect. I think of them as unbelievably talented people who captured these characters and brought them to life. I struggled with weight all my life and I don’t know how to address this without being angry with somebody else’s stupidity about other human beings.”
Kelly has now apologized and admitted that her own history of anorexia may be the source of hyper-sensitivity on these issues. “People have accused me of being a bully in my post. I never intended to be that — it’s actually the very last thing I want to be, as a writer or a person. But I know that I came off that way, and I really cannot apologize enough to the people whom I upset.”
The show frankly but kindly shows that the characters struggle with their weight — they meet at a support group. But what is important is that it does what Kelly missed: it shows them as real, multi-dimensional people who have feelings and longings and a capacity for tenderness and generosity. It is those qualities that the show is promoting. But, as Entertainment Weekly points out, it would be even better if the show could move on from its reliance on fat jokes and let us focus on the very sweet romance at its heart.
Many thanks to Tricia Olszewski for bringing this to my attention.

James Cameron has confirmed that there will be two upcoming sequels to the highest-grossing film of all time. “Avatar 2” is scheduled for December 14, 2013 and will be followed by “Avatar 3” a year later. He is starting work on the scripts for the follow-ups to the $2.77 billion blockbuster and promises that they will be self-contained stories that also “fulfill a greater story arc.” Well-known for his love of oceans, Cameron says that he will set part of the story in Pandora’s bodies of water.
Are you looking forward to more “Avatar?” What would you like to see in the sequels?

Exclusive Clip from ‘There Be Dragons’

“There Be Dragons” is an epic film about war, tragedy, love, and redemption, from acclaimed director Roland Joffé of “The Mission” and “The Killing Fields.”   It is the story of two childhood friends who find themselves on opposite sides during the Spanish Civil War, one a priest trying to bring peace and the other a soldier driven by jealousy and anger.  The son of one of the men is a journalist in the present day who tries to find out about the relationship between his father and a man who is now a possible candidate for sainthood.  Joffé was drawn to the project because he was intrigued by the chance to dramatize the life of a modern-day saint, particularly considering Escrivá’s ‘liberating’ view that a path to God could be found in an ordinary life.” Escrivá, the founder of Opus Dei, was canonized in 2002.  The film stars Charlie Cox (“Stardust”), Wes Bentley (“American Beauty”), and Derek Jacobi (“I, Claudius”).

Release is expected worldwide in Spring 2011.   We are privileged to have an exclusive early peek. 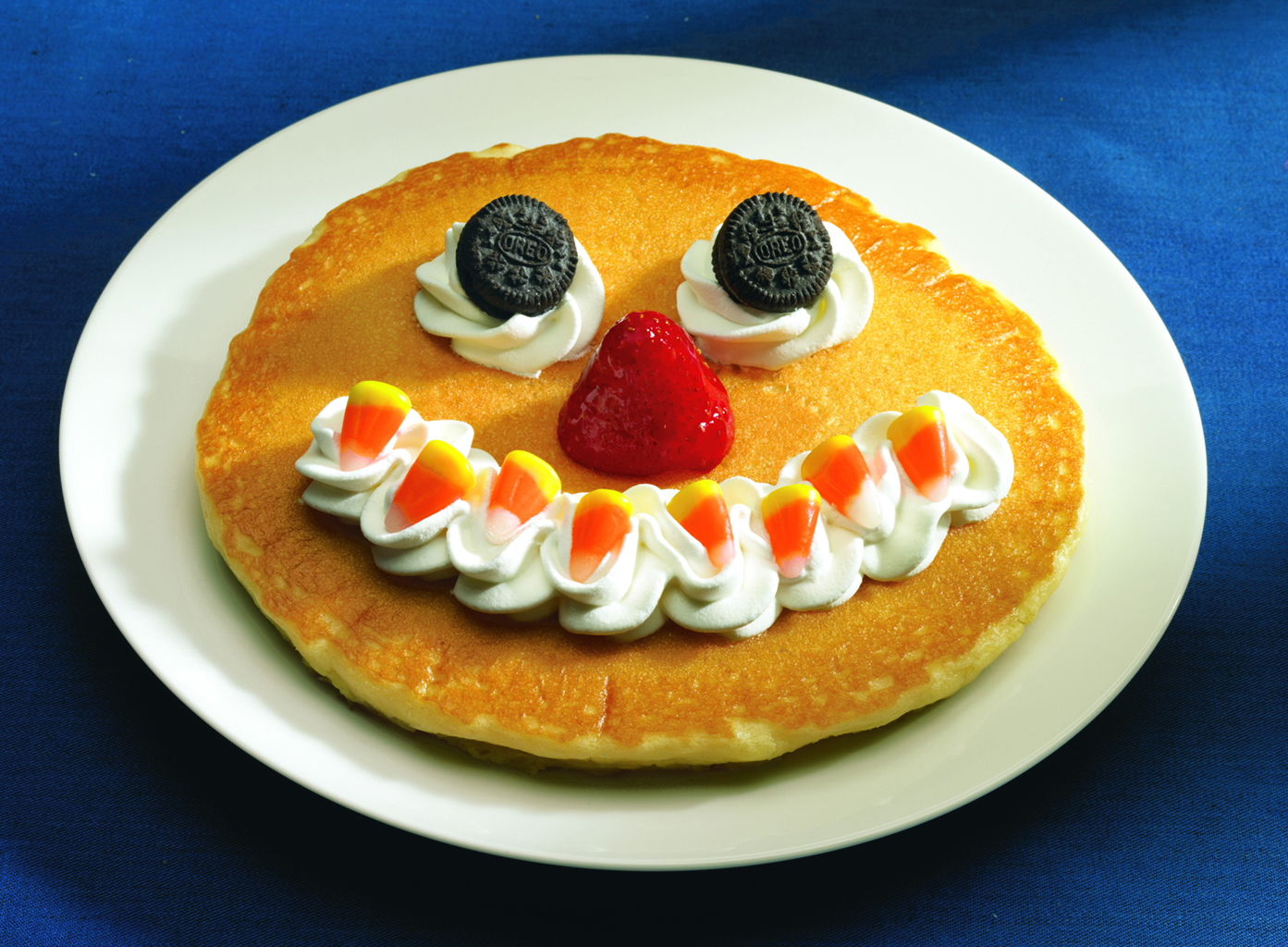 Free ‘Scary Face’ Pancakes for Trick or Treaters at IHOP!

Celebrate Halloween with a free “scary face” pancake for trick or treaters 12 and under at participating IHOP restaurants across the country as part of a national No Tricks – Just Treats program designed to provide kids with a safe and fun Halloween event. The “design-your-own” Scary Face Pancake includes an oversized signature buttermilk pancake with a whipped topping mouth and strawberry nose, served with two mini OREO® cookies and candy corn on the side to allow kids to create their own Halloween hotcake.
IHOP wants to provide trick or treaters with a safe and fun Halloween celebration that they can enjoy with friends and family as part of the company’s ongoing effort to give something back to the communities in which it operates. Happy Halloween!
WHEN: FRIDAY, OCTOBER 29, 2010, 7 a.m. – 10 p.m.