On Rogerebert.com the wonderful Roxana Hadadi writes about “the deserved anger” of “Michael Clayton,” a 2007 George Clooney film that seems even more timely today. Her gorgeous writing and illuminating insights make this a must-read.

A hypnotic thriller about a law firm’s “fixer” realizing that the agricultural company he’s defending is involved in a murderous conspiracy, Tony Gilroy’s “Michael Clayton” used George Clooney’s wounded eyes, Tom Wilkinson’s frenzied soliloquies, and Merritt Wever’s soft-spoken melancholy to wonder how much commercial corruption we could fall victim to, and how much blatant immorality we could tolerate. Lauded at the time for its unrelenting tension, its steady pacing, and its sharp script, “Michael Clayton” was a critical darling, topping numerous critics’ best-of lists and netting seven Academy Award nominations, including a win for Tilda Swinton for Best Supporting Actress.

In the years since, though, as various other lauded films from 2007 have been reassessed and reconsidered, “Michael Clayton” has faded from memory. It’s an undeserved dynamic, given that the film has so much to say about how skewed the relationship between American corporations and the people they’re supposed to serve really is—an imbalance that remains as drastic today as it was back in 2007.

The corporate world that “Michael Clayton” depicts is flimsily held together by favors and handshakes, rife with insults and threats. The workers trapped within it are beholden to a class structure that discredits and undermines them, overwhelms them with paranoia, and drowns them in debt. “What kind of people are you?” someone asks Clayton, aghast at the backstabbing and the deceit with which Clayton fills his days. How to fight against that, at the sacrifice of human lives for business interests? By playing dirty. 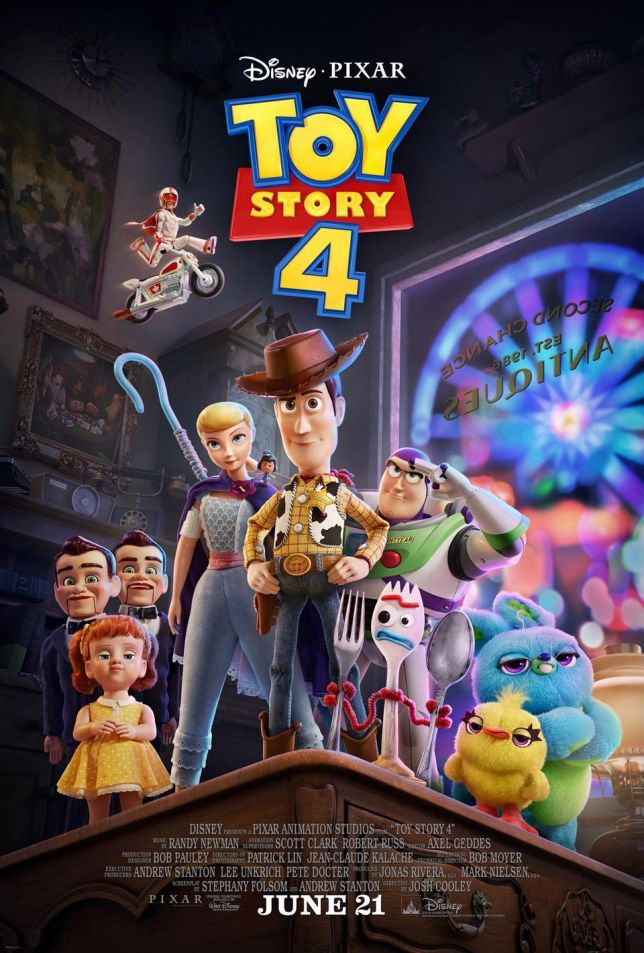 SPOILER ALERT: This post discusses plot elements of “Toy Story” movies.
In “Toy Story,” Buzz Lightyear does not know he is a toy; he thinks he is the “real” Buzz Lightyear. In “Toy Story 4,” Forky, the special friend made by Bonnie in kindergarten out of pipe cleaners, googly eyes, and a spork, still thinks of himself as a single-use plastic utensil, and spends much of the first part of the movie trying to throw himself away. Woody has to teach him that now that he is loved by a child he has a higher purpose: to love and be loved by her, to be a comfort and to inspire her creativity.

In Slate, Matthew Dessem writes about what Forky tells us about the underlying conception of the world of “Toy Story.”

He’s a cute little guy, and Tony Hale’s performance is charming, but Forky’s existence in the Pixar universe throws its entire sentient-toys premise into disarray. Toy Story’s toys have always been mass-produced products, real, redesigned, or imagined; Forky, on the other hand, is hand-crafted. Casual fans might assume that Pixar has merely expanded the Toy Story franchise’s theory of ensoulment: A toy’s life begins at the moment it becomes a toy, and Forky shows that process can happen in a factory mold or a kindergarten class.

I love this deep dive into the complex rules (or maybe just inconsistent as suits the storyline) of the “Toy Story” universe.

I also enjoyed Michael Cavan’s piece about Forky in the Washington Post.

s it happens Forky’s creators did not initially intend for him to have such philosophical depth.

“I wish we could say we sat down and wrote a beautiful character with an existential crisis, but he started off as a joke,” director Josh Cooley says.

“We were talking about what our kids would play with, like a rock,” Cooley says in an interview, “but what if that rock could come to life?”

The filmmakers ultimately decided it would be interesting to introduce a character who has the mind of someone who has never seen a “Toy Story” movie. “He doesn’t understand the rules of this world,” the director says of Forky, “and that became so much fun to play with.”

Cavna spoke to “Veep’s” Tony Hale, who was perfectly cast for the anxious Forky.

Hale mulled the character’s traits. “Forky’s nervous? Check,” the actor says. “He asks a lot of questions, to a fault. Bingo, that’s me.”

A few years ago, it was the number 9 that popped up in a bunch of movie titles.  This year, it’s the word “wonder.”  Two are based on best-selling, award-winning books for children, Wonder, by  R.J. Palacio, the story of a boy with a facial deformity who enrolls in public school for the first time, and Wonderstruck, by Brian Selznick, which has two parallel stories, one in words, one in pictures.   The third is “Wonder Wheel,” from writer/director Woody Allen, starring Kate Winslet and Justin Timberlake.

Oh, and the summer’s biggest box-office hit was: “Wonder Woman.”

I wonder what’s coming next!

NOTE: Thanks for the reminder!  Another upcoming film is “Professor Marston and the Wonder Women,” based on the remarkable real-life story of the man who created Wonder Woman (and invented the lie detector!).  It looks, well, wonderful.

Language has been steadily deteriorating in movies since the introduction of the MPAA ratings system replaced the Hayes Code in 1968.  It used to be no f-words in a PG-13, then one was okay, and now two, as  long as they do not refer to sex.  As I have said before, you’d need a degree in semiotics to parse that one.  And movies like the “Austin Powers” series get away with using  a sound-alike, “frickin.” Studios have been known to add one or two strong words just to avoid the PG rating because they think tweens and teenagers won’t see PG films.

Now a Harris poll suggests that movies may start moving away from four-letter words.

Using “Jesus Christ” to swear is the biggest offense, with 33 percent of the general public saying they’d be less likely to see a movie if they knew beforehand of that particular piece of dialogue. “Goddam” was second at 32 percent and “f***” was third with 31 percent.

Some of the awards seasons biggest films have no strong language.  If they are successful at the box office, we may see this become a trend.