with covers of his most beloved hits, including “Sunshine on My Shoulders,” “Calypso,” “Annie’s Song,” and “Leaving on a Jet Plane.” Performers include Placido Domingo in a duet with his son, Denyse Graves, Shenyang, Rene Pape, and Barbara Padilla.

Everyone joins in on “Annie’s Song.”

And they’ve made it even more special this year! This will be a lot of fun for movie nerds like me. Each movie will have a connection with the one that follows it by an actor in common. It will be a lot of fun to follow along and trace the careers of some of our favorite performers.

Behind the Scenes with Kung Fu Panda 3’s Bryan Cranston and Movietickets.com 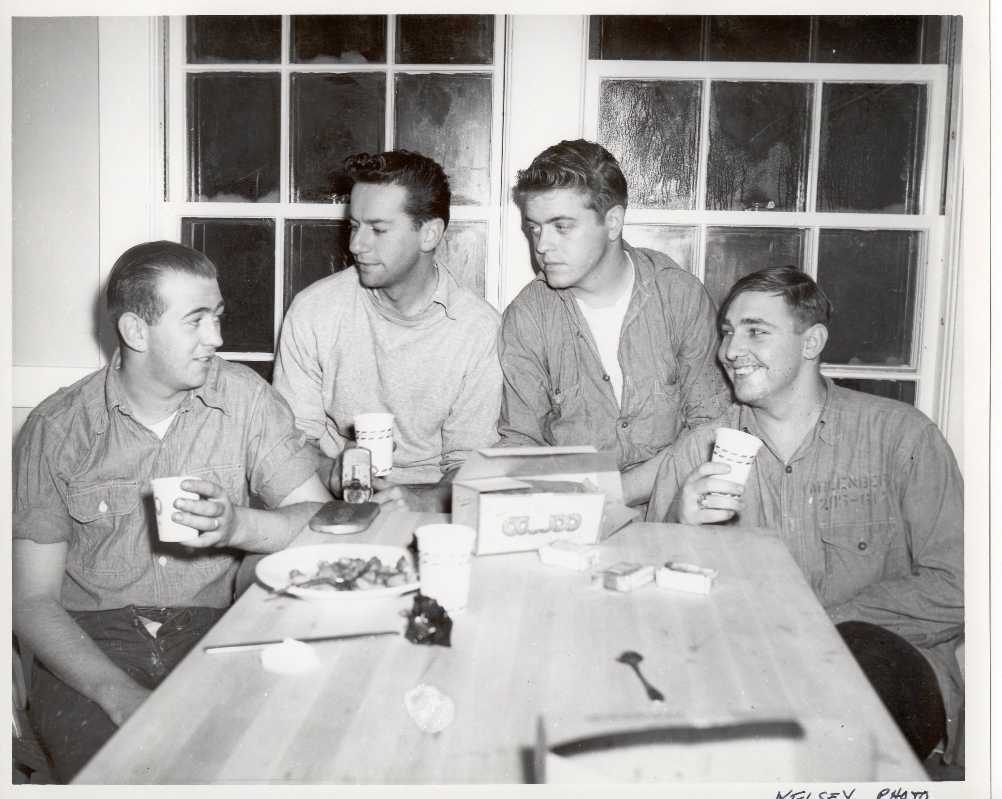 The Finest Hours — The Real Story

“The Finest Hours,” in theaters today, stars Chris Pine and Eric Bana in the fact-based story of the greatest small-boat rescue in Coast Guard history.

In February of 1952, two tanker ships were in distress during a terrible storm off the coast of Massachusetts. They were the SS Pendleton and SS Fort Mercer. Disastrously, both ships split in two within hours of each other, with many crewmen killed and the rest in dire peril, and only three hours before the crippled vessel would sink in freezing, storm-tossed water, drowning the rest.

Coxswain Bernard C. Webber and his crew, Andrew J. Fitzgerald, Richard P. Livese and Ervin E. Maske, all under 25 years old, went out on a 36-foot wooden boat to try to rescue the remaining crew of the Pendleton, and the movie, from Disney studios, is their story. These young men were the ones left behind when the most experienced men were sent in other boats to rescue the crew from the Fort Mercer. Maske was just passing through the station and had never been on a rescue mission before. Fitzgerald was an engine man who joined because Webber’s usual partner had the flu. Another engine man who played a key role was the Pendleton’s Ray Sybert (Casey Affleck), who made key decisions that kept the crew alive while the rescue boat was on the way.

Webber’s boat was brutally beaten back by the storm, pushed over so that it was entirely on its site. Its compass was smashed. Communications with the shore and the Pendleton were impossible for most of the rescue operation. Webber and his crew brought back all of the survivors of the Pendleton but one, a man who fell from the rope ladder trying to reach the small boat. The last surviving member of the Pendleton crew was there to visit the set of the film.

And a group has raised a quarter of a million dollars to restore and preserve the boat used in the rescue.

The movie is based on a book by Michael J. Tougias and Casey Sherman called The Finest Hours: The True Story of the U.S. Coast Guard’s Most Daring Sea Rescue

Some of the film has been made more dramatic (Webber and his wife were already married when the rescue took place), but the heroics of the men involved are not in any way exaggerated, as this report from the Naval Institute’s Proceedings makes clear. 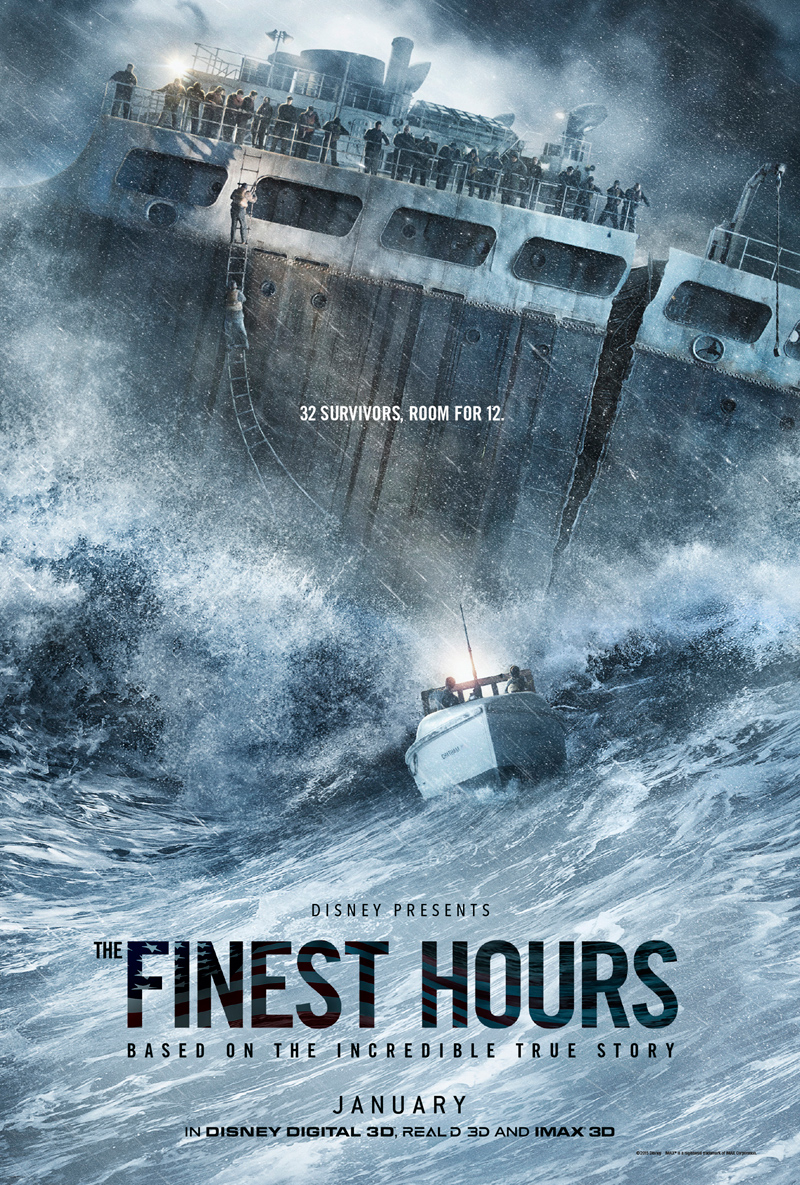 “In the Coast Guard they say you gotta go out. They don’t say you gotta come back in.” It was a big nor’easter storm off the coast of Massachusetts. It was February 1952, so communications technology was limited. And not one but two tankers split in half. The most experienced Coast Guard crew went off to rescue the first one. When word came in that a second one was sinking, four young men, all under 25 and two who had never been on a rescue operation, took a small boat out into the storm.

That second ship was the Pendleton. Knowing that they had no more than two to three hours before their half of the tanker would sink into the icy storm-tossed waves, they had to decide who would be in charge. “No officers, no rules, every man for himself,” a crew member says. But they realize they must choose between the man who wanted to take the lifeboats or the engineer they did not know as well who said he had a plan (Casey Affleck, understated and compelling). “They may not like you, but they know to listen to you,” one member of the crew admits.

Based on the true story as told in the book by Michael J. Tougias and Casey Sherman, screenwriters Scott Silver, Paul Tamasy and Eric Johnson efficiently introduce us to the characters and the challenges they are facing. Chris Pine plays Bernie Webber, a departure from his usual cocky, confident roles. Bernie is a little shy, but very sincere, and he believes in the rules, not in a rigid way but in a careful way. When we first see him, he is about to see the girl he has been talking to on the phone for the first time and he does not want to get out of the car because he is afraid she will not like him.

And of course she does like him. Her name is Miriam (British actress Holliday Grainger, last seen as an evil stepsister in “Cinderella”). Director Craig Gillespie (of the wonderful “Lars and the Real Girl”) gives them just enough time to get invested in their relationship — and to get us invested in it — before the storm comes in.

Gillespie really gets going when the storm does, though, and those scenes are powerful and exciting. We are in the small boat with Webber as the window shatters and the compass is wiped out. The boat is tossed around like a cork, at one point completely on its side, with monster waves crashing down. And we are in the Pendleton’s engine room as seams burst and beams come down. And then we are back on land, as Miriam tries to find out what is going on, tries to get the commanding officer to bring the rescue team back, and then learns what it is to love a man who risks his life as a part of his job.

In a film like this, the most important job of the director is to make sure we understand how daunting, even impossible, the task is, and then to make sure we get to see what goes into surmounting the obstacles. Some of that is missing here, as when we are told that there are too many men on the Pendleton for the small boat to carry, and then somehow it carries them. The compass is out, there’s no communication, and yet somehow Webber’s crew finds the Pendleton. It may be that no one knows how it worked, but it undercuts the drama to skip over some of those details.

The quiet heroism of these characters is movingly portrayed, and these days, when heroes are hard to come by, this is a touching story of selflessness, courage, and dedication, and exactly the kind of story that Disney tells best.

Parents should know that this story concerns a real-life catastrophic storm with many lives lost. There are scenes of very intense peril, some mild language, and social drinking.

Family discussion: How did the men on the tanker decide who should be in charge? How did Bernie decide when to follow the rules and when not to? What did Miriam learn from her visit to the widow’s house?

If you like this, try: “The Perfect Storm” and “The Hunt for Red October”

Related Tags:
3D Action/Adventure Based on a book Based on a true story Drama DVD/Blu-Ray Pick of the Week