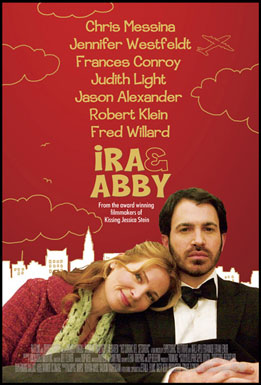 Movies for the Homebound X: Love Stories You Probably Missed

We all love romance. And we’ve all seen the recent classics: “Notting Hill,” “Sleepless in Seattle,” “The Notebook,” “My Big Fat Greek Wedding,” and all-time classics like “The Philadelphia Story” and “My Favorite Wife.” (If you haven’t, hey, watch them!) But you probably missed these, and they are all delights and blissfully romantic.

“I Love You Again” The all-time record-holders for romantic movie couples are William Powell and Myrna Loy, who not only created the greatest married couple in the history of movies with the Thin Man series but made other great films as well. “Libeled Lady” is one of the best, but my favorite is this one, about a stiff, stingy man who is hit on the head and discovers he is in fact a con man who has had amnesia for years, during which he got married and worked at a pot factory in a small town. So he decides to set up a swindle until he starts to fall for the woman he married but cannot quite remember. It is clever, sweet, and very funny. And romantic.

“Next Stop Wonderland” This is one of two movies on the list where we fall in love with the lovers before they fall in love with each other. Hope Davis is radiant as a just-dumped (by Philip Seymour Hoffman) woman whose mother takes out a personal ad for her.

“And Now My Love” In this French film, everything that has happened in the lives of two people (and in pretty much everything that has ever happened) seems to be for the purpose of getting two people together. By the time they are about to meet at the very end, we have been on the journey will them and know happy ever after is what comes next.

“Happy Accidents” The writer/director of “Next Stop Wonderland,” Brad Anderson, also wrote and directed this sweet story with Marisa Tomei as a young woman with a history of bad relationships who meets a man who seems great except that he insists he is a time traveler from the future.

“Ira and Abby” Jennifer Westfelft wrote and stars in the story of a man who has just gotten out of a relationship because he could not commit (a terrific Chris Messina) and impulsively marries the slightly nutty but very charming and warm-hearted young woman he meets at a gym (Westfeldt).

“The Baxter” If you’ve seen a romantic comedy, you’ve seen a wedding that was interrupted at the last minute when the bride’s true love burst in to carry her off. Well, according to his film, the poor loser left at the alter is called “the Baxter.” And this movie is the story of the Baxter, played by Michael Showalter, with an outstanding cast that includes Michelle Williams, Elizabeth Banks, and Justin Theroux, with a sensational performance by Peter Dinklage as a wedding planner. 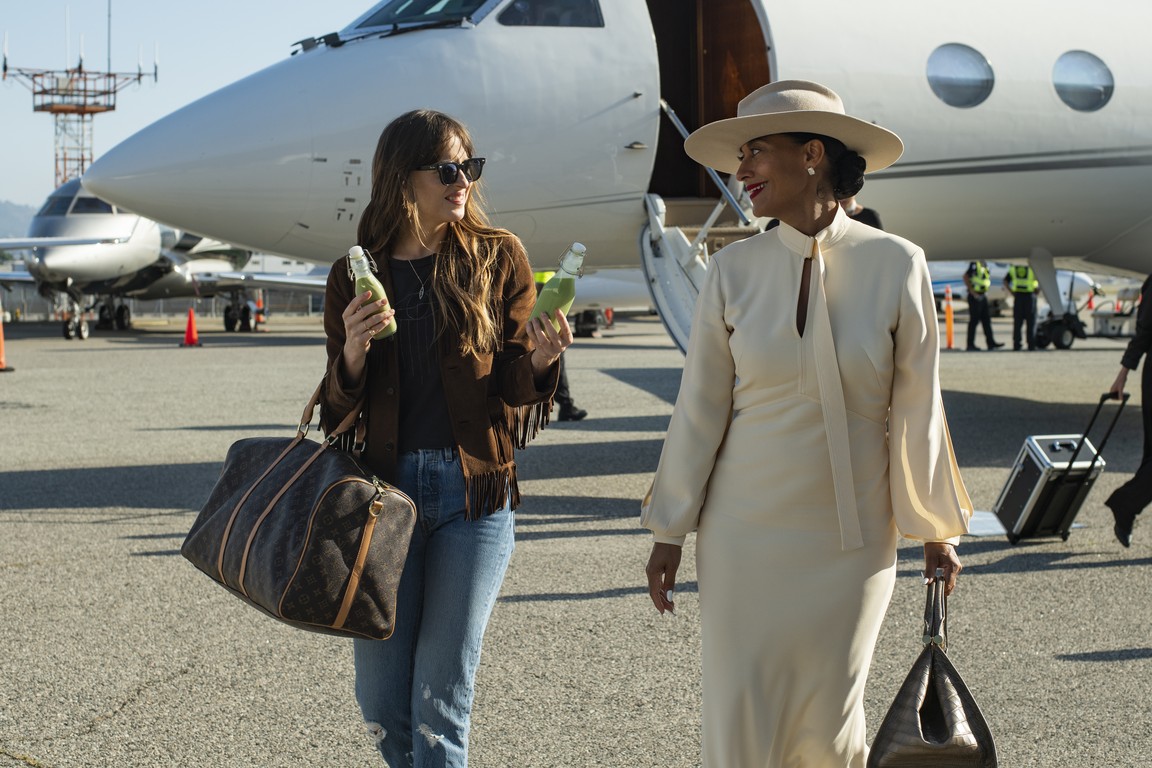 B
If you find yourself, in what all the commercials are calling “these challenging times” looking for cinematic comfort food, “The High Note” is here, and when I say “here,” I mean coming to you in your home. One of the films switched to streaming as the question of when, how, and whether movie theaters will open remains unsettled, “The High Note” is entertaining without being challenging. If its twist is among the least surprising ever scripted, that itself has its own satisfactions when everything else is so uncertain. It’s a Cinderella tale with (not much of a spoiler alert) a happy ending, in a glamorous setting with beautiful people and some good songs.

Maggie (Dakota Johnson) is personal assistant to a world-famous, if slightly fading singer named Grace Davis, played by Tracee Ellis Ross, the daughter of a world-famous and never-fading superstar Diana Ross. Grace has not released any new music in many years, but still fills arenas with adoring fans. Her manager (Ice Cube) is urging her to accept a very lucrative residency in Las Vegas. She can stop touring and sing her hits every night for as long as she wants.

No one pays much attention to Maggie, unless Grace needs some green juice or some highly inconvenient errand run. But Maggie loves music and, though Grace does not realize it, Maggie is Grace’s truest fan, the only one around her who sees her as a songwriter and performer and not just as a nostalgia cash cow. Seeing the world of music, even from the edges, inspires Maggie to want to be a producer. She hesitantly disagrees when a successful producer wants to remix one of Grace’s hits by adding synth, with digitally created voices for back-up singers. And when she meets a young singer/songwriter who busks outside of a grocery store (fast-rising star Kelvin Harrison, Jr. of “Luce” and “Waves”), she tells him she is a producer and persuades him to let her bring him into a recording studio.

So far, so good. But then it veers off the rails. Cinderella without a godmother makeover — fine. “All About Eve” without the ferocious, greedy ambition — also fine. But then we get a wholly unnecessary scheme so preposterous that even Lucy and Ethel would consider idiotic. And Maggie is supposed to be savvy about the music business and supremely competent. The only benefit of this ridiculousness is a lovely scene with Eddie Izzard, who brings such an air of lived-in wisdom that for a moment it almost makes sense. Almost. And the non-surprising surprise is on top of that.

Ross is fun to watch as the diva, especially when she is on stage, the many opportunities she has had to watch from the wings paying off as she brings authentic star quality to her interactions with the audience (for better) and the crew (for not so much better). She’s especially good in a scene where Grace gets real about the prospects for an over-40 woman of color in the music business. Johnson is sadly underused. She has such a rare gift for comedy, glimpsed in “22 Jump Street” and “The Five-Year Engagement” and yet Hollywood keeps casting her as a wide-eyed little mouse. She would have been better cast as the high-spirited roommate (Harrison is the one to watch her, with very bit of the star quality the part or the goofy housekeeper (though Zoë Chao and June Diane Raphael are reliably delightful in those roles). Harrison has all of the star quality his character requires and more, especially impressive given the wide range of his recent appearances.

There are moments when a movie’s predictability is an advantage rather than otherwise. It benefits this film that it is released I such a time, into our homes, where we most appreciate its comforts.

Parents should know that this film includes brief strong language, some sexual references and a non-explicit situation, and questions of parentage.

Family discussion: Why didn’t Maggie tell David the truth about herself? Which song was your favorite? If you were producing a song, how would you begin?

If you like this, try: “Music and Lyrics” with Drew Barrymore and Hugh Grant and “Black-is” with Tracee Ellis Ross

Memorial Day 2020: Taps in the Shutdown

Memorial Day: Guarding the Tomb of the Unknown Soldier

The Old Guard keeps vigil at the Tomb of the Unknown Soldier, a tribute to all of those who made the ultimate sacrifice.

Spike Lee’s new movie is “Da 5 Bloods,” the story of black soldiers in the Vietnam War.

In an interview with Mark Leepson of VVA Veterans, Lee said that the movie was originally written with white characters. But when he was brought in to direct, he reworked it to focus on black soldiers, and he brought in experts to advise him and showed the film to black Vietnam veterans to get their feedback.

The veterans were not shy about telling Spike Lee what didn’t look right in the movie—and what did. And Lee took heed. “Those guys helped us,” he said. “I listened to them. They were there while I was in high school. They really, really helped us. And I knew that if they liked the film, then I had done my job. No way would I make a Vietnam War film and not let those guys look at it. They were there. Brothers died in their arms.