MVP of the Week: Jackson Rathbone

There are two high-profile releases this 4th of July long weekend, and both feature actor Jackson Rathbone. In “The Last Airbender” he plays Sokka, from the Southern Water Tribe. He accompanies the title character and helps to protect him. And he shares a tender kiss with a white-haired princess. In “The Twilight Saga: Eclipse” he plays good-guy vampire Jasper, who in this chapter gets to tells us about his origins as a Confederate soldier during the Civil War.

Those who remember the interview show “Disney 411” might remember Rathbone as a kid, interviewing Disney stars like Hillary Duff. And music fans can catch him touring with his band, 100 Monkeys.

Teacher Giveaway: The Cat in the Hat Knows a Lot About That!

I’ve got something very special for the first teacher to write me — directions below. At the American Library Association’s annual conference in Washington DC last weekend I attended a reception in honor of The Cat in the Hat and his new television series about science for PBS, starting this fall.

Dr. Seuss revolutionized books for early readers with his riotously entertaining stories, classics that are beloved by generations like The Cat in the Hat, One Fish Two Fish Red Fish Blue Fish, The Lorax, Yertle the Turtle, Horton Hears a Who, and many more. Now, in partnership with PBS, The Cat in the Hat will help preschoolers and early readers learn about science. The Cat’s voice will be provided by the perfectly appropriate Martin Short. He will guide best friends Sally and Nick through stories that will teach children vocabulary, science facts, and the fun of curiosity. And he will have help, of course, from Thing One and Thing Two, the red Fish, and a Thinga-ma-jigger vehicle that adapts to become whatever transportation the group needs to explore the world. PBS will make resources available for parents and educators to provide support, encouragement, and coordinate with curriculum.
I have a beautiful Cat in the Hat canvas tote bag with two Dr. Seuss science books and some information about the show to give to the first PreK-1st Grade teacher who writes to me at moviemom@moviemom.com to tell me your favorite Dr. Seuss character and why. Good luck and thanks for all you do for your students and their families! 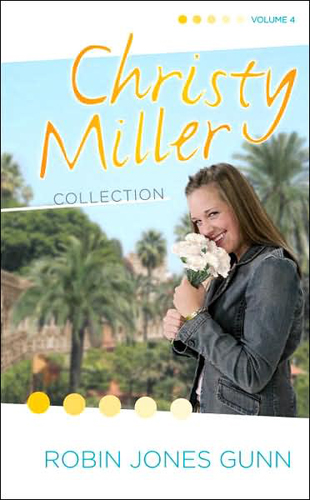 Ruth Graham has an excellent piece in Slate about the “surprisingly empowering guide to adolescence” found in young-adult novels from evangelical authors and publishers for a Christian audience. Created as a “safe” alternative to mainstream fiction, books for Christian girls include wholesome heroines, lots of praying, and absolutely no cursing. And they’re a big business. The <a href="Christy Miller

series–now Christian YA classics–have sold more than 2 million copies between them, and the Diary of a Teenage Girl

books have sold more than 600,000 copies since 2008. Most Christian publishers have guidelines for taboo words and situations, and some also have in-house theologians vet content to make sure it adheres to “Biblical principles.” Amid all of this piety, however, are explicitly positive–even feminist–messages like positive body image, hard work, and the importance of not settling for just any guy–that present a grounded alternative to the Gossip Girl landscape.

Graham is frank in her assessment that these stories are more parables than literary works.

Make no mistake: Christian novels written for young people are still primarily developmental tools rather than literary efforts. They’re often didactic and formulaic, and a secular parent should think twice before buying them for his or her child. Evangelical publishers and authors say that what sets their books apart is how they show “natural consequences” of vice, which, in effect, means that no young person has sex without life-altering regrets or worse, and no one has a sip of beer without becoming a full-blown alcoholic. As Daniel Radosh, whose excellent Rapture Ready!: Adventures in the Parallel Universe of Christian Pop Culture

is just out in paperback, explains it, “When you start with the premise that the original form is inherently corrupt, you end up going overboard trying to demonstrate the acceptability of your version.” More disturbingly, the books’ positive messages are muddled by a concurrent strain of self-abnegation. The 13-year-old heroine of Ann Tatlock’s A Room of My Own

, for example, learns that a life of sacrifice and service is more important than having her own room.

Despite Graham’s pointed reference to Virginia Woolf’s thoughts on the importance of having one’s own room, I have no problem with a story that reminds young people that sacrifice and service are more important than a private bedroom. Tatlock’s heroine can still earn the right to a room and the work it makes possible some day.
Graham writes about the influence these works have had on more mainstream and widely popular literature like the Twilight series. And she makes an important point about the welcome nature of the focus for tweens and teens on being about something more than designer fashion and a boyfriend.

Though evangelical books have had a hand in creating this more moral era, the larger takeaway from the Christian books is not that girls should imagine themselves as subservient wives, but that they should prepare themselves for adulthood. Certainly heroine Candace Thompson sees marriage as her ultimate goal when she is choosing a boyfriend. But she also wants someone “who valued what she did, would take her seriously, would help her grow as a person, and would love and respect her.” That’s not a girl preparing for a life as a doormat; it’s a girl learning about the importance of emotional strength. It’s a girl who refuses to settle for a so-so boy who is not on track to be a good man. As far as girlish escapism goes, it’s better than holding out for a Prada purse.