Slate spells it all out for those who have seen “Avengers: Infinity War” and need to have some questions answered. 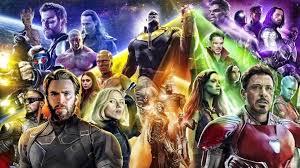 A two hour and forty minute movie can still feel too short when there are so many of our favorite characters, and that is the good news and the bad news about the much-anticipated “Avengers: Infinity War.”

The good news is that we get the ultimate mash-up of the Avengers and the Guardians of the Galaxy. That means a whole lot of quippy action scenes. My greatest fear was that with so many characters most of them would not have enough time to do much on screen either by way of action or by way of drama, and the pretty good news is that screenwriters Christopher Markus and Stephen McFeely and directors Joe and Anthony Russo do a good job of giving everyone his or her own space — literally, by sending them off in different directions to keep the interactions manageable, and figuratively, by giving most of them individual character arcs, or, perhaps we should say arc-lettes as they are sketched in just enough to add a little substance sauce to the main course of the action.

The less great news is that the storyline is something of a let-down following the exceptional depth and complexity of “The Black Panther.” As I have said many, many times before, superhero movies depend entirely on the quality of the supervillain, and Erik Killmonger was the top of the line as bad guys go, nuanced, sympathetic, human, and utterly magnetic. Any movie, but especially a fantasy movie, has to be completely clear about the stakes, meaning that in a superhero movie we have to know exactly what the relative strengths and weaknesses of the opposing forces are and what they are fighting over. We don’t need a lot of detail; there’s a reason Alfred Hitchcock used to speak so dismissively about the “McGuffin,” whatever it was everyone in the story wants so badly. All we need to know is why it matters, how to get it, and how keep it from the wrong person.

The bad guy here is Thanos (Josh Brolin) a CGI-d Titan of enormous power who is seeing the ultimate power, which he can achieve via the six Infinity Stones. He has a handy glove with spaces for each stone, and once he has them all he can achieve his goal of wiping out half of the life forms in the universe with the snap of his gigantic fingers. Much of the movie consists of him beating up all of the superheroes, a couple of whom are quickly dispatched in the first scene. We hear a lot about how important it is that he be stopped but we do not get many specifics about how his powers work or what, if any, vulnerabilities can be used against him. And that makes the battles more set-pieces, exceptionally well-staged set-pieces than drama. And then, in the middle, almost quiet next to the supernova intensity of the star power, the dazzle to the saturation point of the action scenes, and the Hulk-level heavy lifting of the realignment of the movie MCU to accommodate some thoughtful and even subtle variations on whether it is right to sacrifice one life to save many others.

But mostly, there’s a lot of action. Remember that refugee spaceship at the end of “Thor: Ragnarok?” And the feud between Iron Man/Tony Stark (Robert Downey, Jr.) and Captain America/Steve Rogers (Chris Evans, no longer the clean-cut WWII poster boy)? We pick up both as Thanos, the most powerful creature on the planet and the adoptive father of Gamora (Zoe Saldana) and Nebula (Karen Gillan) arrives in search of the five remaining Infinity Stones he needs to complete the set and wipe out half the universe. It’s time to get the band back together, with some of the team who have been missing in action, like Thor (Chris Hemsworth) and Bruce Banner (Mark Ruffalo), having a bit of trouble getting his Hulk on. And the team now includes a high school intern, Peter Parker/Spider-Man (Tom Holland), who is so new and so in awe that he still calls Iron Man “Mr. Stark.”

Thanos has some nasty henchmen and henchwomen and hench-creatures who show up to help him find the stones. And the Guardians of the Galaxy, including Gamora, join on, with a sulky, now-adolescent Groot who can’t be pried away from his hand-held game device.

There are some very funny moments as the group gets to know each other, a few cheeky pop culture references, and an extended section in Wakanda gives us a chance to spend some more time with some characters who are already fan favorites (How about giving Shuri her own movie, Kevin Feige? And the Dora Milaje?) A few non-Avengers make a strong impression in their brief screen time, especially Peter Dinklage as a giant weapons-maker. But after nearly three hours (and only one after-credits scene?), with some savagely painful losses, it is unsatisfying to leave on the biggest cliffhanger since they freeze-dried Han Solo. There’s a point past which you stop topping yourself and just run out of breath — and that point is when you inform us several times that Thanos has ultimate power and then take us to a planet where there is a weapon that can stop him. There’s an infinite regression/irresistible force-immovable object paradox issue.

This movie is so big it has three superheroes played by superstars named Chris, and I haven’t even gotten to Benedict Cumberbatch as Dr. Strange, Winston Duke as M’Baku, Paul Bettany as Vision, Don Cheadle as War Machine, Sebastian Stan as Bucky, and Anthony Mackie as Falcon, all of whom get a chance to make an impression that leaves us wanting more. At times it feels like the Fellowship of the Infinity Stones, even approaching the grandeur of the Tolkien trilogy in its scope and the depth of its world-building. Or, I should say, worlds-building. There’s even time for some very sweet romance, and we see how those romantic complications present complicated challenges in the midst of battle. Also, dog monsters.

I trust the Russos to bring it all together with the next chapter. I hope it’s soon.

Parents should know that this film features extended comic-book action-style violence with many characters injured and killed, brief crude humor, and about a dozen strong words.

Family discussion: How many times did someone in the film have to decide whether it was worth sacrificing one life to save many others? Which superheroes were better at cooperating and why? Why does Thanos think he is right?

If you like this, try: the other Marvel movies, especially “Iron Man,” “The Avengers,” “Thor: Ragnarok,” and “The Black Panther” 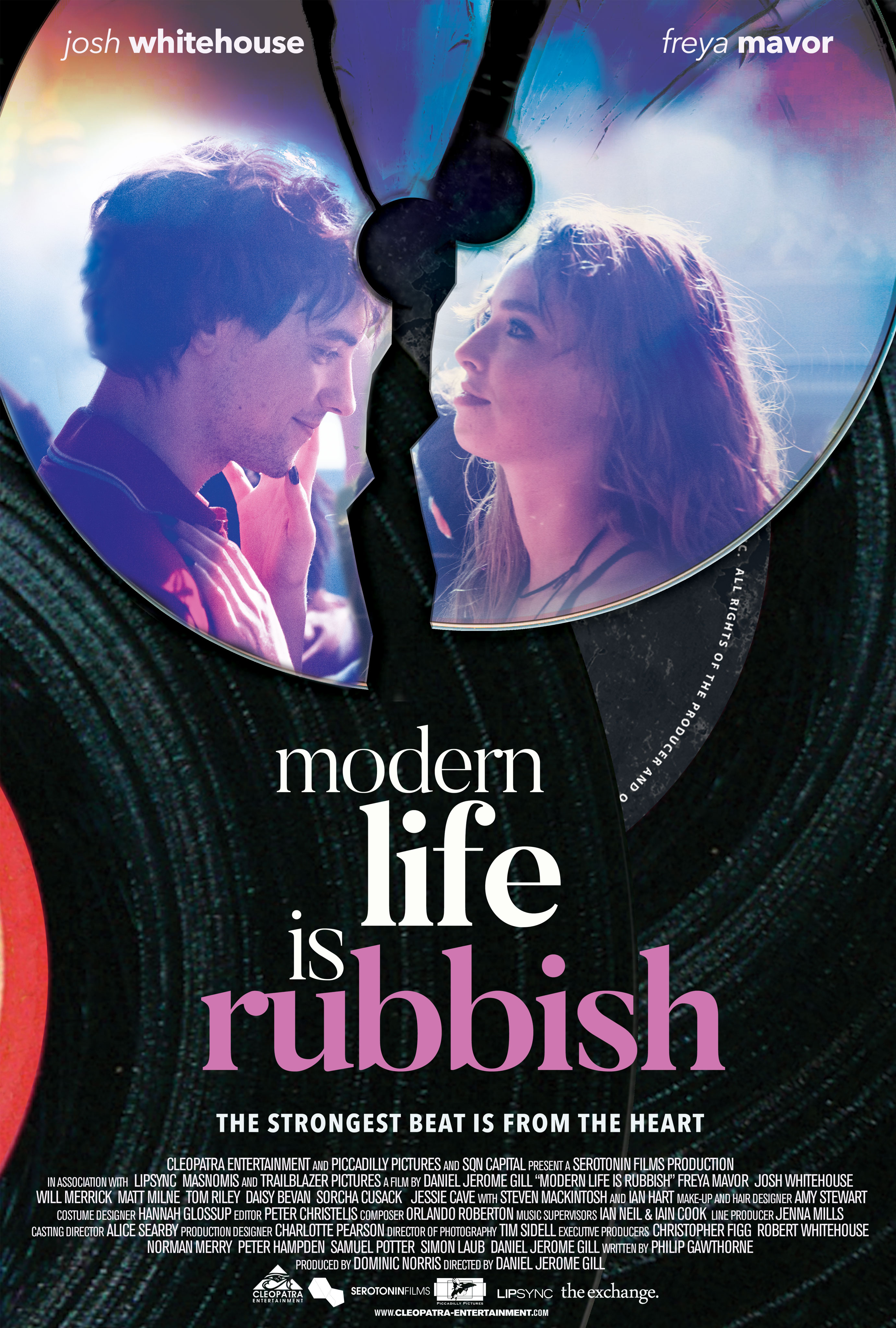 “Modern Life is Rubbish,” named for the song by Blur, is a slight but sweet update to the classic boy meets girl story. What it lacks in originality it almost makes up for with its exceptionally appealing actors and a soundtrack featuring Radiohead, Stereophonics, the 1975, The Vaccines, Warpaint, The Libertines, and Mt Wolf, all very suitable for a story about a couple brought together by music. It’s like a lower grade “High Fidelity” with a touch of “When Harry Met Sally.”

Liam (Josh Whitehouse, who does play music in real life) meets Natalie (Freya Mavor) in a record store, where he tries to talk her out of buying Blur’s “Best of” album: “It’s cheating. It’s like a shortcut to enlightenment.” “Do you work here?” she asks, before telling him that she already has all the other albums he is urging on her and is buying this one because it is the only way to get the special live acoustic version of “On Your Own.” In other words, she is his dream girl. But she leaves the store without his getting her number.

But we know there is a romantic falling-in-love montage ahead with an impeccably curated musical score as they fall in indie music love and are just plain heart-meltingly adorable. Until life intervenes, Liam’s promises that he will be a big rock star seem increasingly implausible, and someone, probably the member of the couple who is not in the band, has to get a regular old job to pay the rent. In other words, it is time to grow up.

But Liam is, as we saw in the record store, a purist, and cannot sully himself by working for The Man or buying any of The Man’s enlightenment-preventing products, like, for example, an iPod. Music should be on albums you can hold in your hand, with artistic statements in their cover designs and meaningful liner notes. Natalie, who once dreamed of creating album covers (Michael Beck’s job in “Xanadu,” as I recall), goes to work for The Man-iest of The Man jobs — advertising. Each begins to resent the other. They break up and have to go through all the stuff they have accumulated together, each one bringing back memories of better times.

Director Daniel Jerome Gill relies too much on the music to do the work, and the secondary characters are not as colorful as he hopes they are. But Whitehouse and Mavor have great chemistry and give their thinly written characters charm and energy, which keeps us on their side through very predictable ups and downs.

Parents should know that this film includes some strong language and explicit sexual situations (no nudity).

Family discussion: Why was Liam so opposed to new technology? What does it mean to sell out?

If you like this, try: “High Fidelity” and “Bandslam”

We mourn the loss of Bob Dorough, whose wonderful “Schoolhouse Rock” songs taught a generation of kids about everything from grammar to math to history. Some of my favorites:

And here is Dorough talking about the value of music in education.