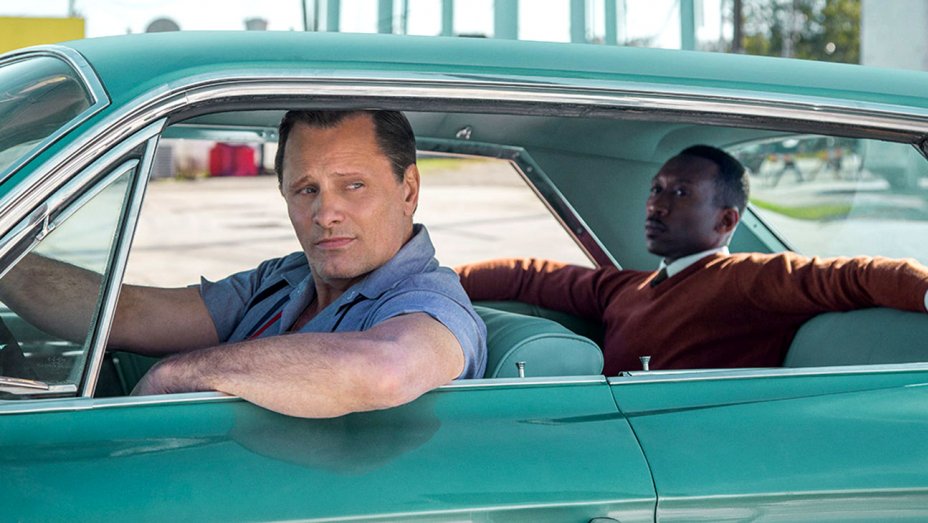 It was good to see some lower-profile documentaries get recognition from the Academy. “Minding the Gap” chronicles the lives of the filmmaker’s friends from a small town outside Chicago. Director Bing Liu follows the group from their early teens up to the present day, grappling with what it means to be men in present-day America. Skateboarding is a central thread throughout the film. Accompanying the group on extensive high-speed rides, we begin to see how skateboarding is not just something to do, but a shared activity that is deeply meditative and therapeutic for each of them. Trying new tricks, encouraging each other and spending time together, they form a bond much stronger than the mere term “friend” indicates. Skateboarding is their connection and their escape. It premieres on PBS February 19, 2019.

“Hale County This Morning, This Evening” will also premiere on PBS in February. My friend Odie Henderson wrote a beautiful review of the film on rogerebert.com.

The film has an unusual, time-jumping cadence that’s punctuated by strange sounds, odd music and beautiful, superimposed visions of sky and earth. There are unexpected camera angles and long moments that at first seem monotonous but pay big dividends. Ross weaves all these elements together in such a way that you eventually realize the film is teaching you how to watch it, subtly coaxing you onto its wavelength. Suddenly, you feel like an honorary citizen of the titular place, someone temporarily woven into its fabric…”Hale County This Morning, This Evening” is all about how perception changes depending on whose gaze is being reflected and how informed the owner of that gaze is. Events happen in this non-fiction film that, in a fictionalized film, are often depicted in scenes heightened by melodrama and stereotype. Ross’ intimate knowledge of the location and of his subjects, Daniel and Quincy, strips away the usual artifice and baggage, presenting these events as matter-of-factly as life itself. It’s an uncorrupted viewpoint, though Ross is on occasion quick to remind you of prior cinematic and societal reflections of Southern Blacks.

It will premiere on the Independent Lens series February 11, 2019.

Other omissions: Ryan Coogler as director of “Black Panther and the overlooking of every single female director in a year when there were more female-directed films in top-ten lists than ever, including Debra Granik (“Leave no Trace”), Elizabeth Chomko (“What They Had”), Lynne Ramsay (“You Were Never Really Here”), Chloé Zhao (“The Rider”), Marielle Heller (“Can You Ever Forgive Me?”), Josie Rourke (“Mary Queen of Scots”), Josephine Decker (“Madeline’s Madeline”), and Desiree Akhavan (“The Miseducation of Cameron Post”). I expect to see at least some of them in the Spirit Award nominations for independent films along with some of my other 2018 favorites like “Blindspotting,” “Support the Girls,” “Sorry to Bother You,” “Eighth Grade,” and “The Hate U Give.”

Perhaps the most significant development is about Netflix, which got its first Best Picture nomination with Roma and fourteen other nominations as well. This is a stunning achievement for an organization that has only been producing original content for a few years. It is great to see vital, creative new producers doing so well.

Here are this year’s Oscar nominees:

BEST ACTRESS
Yalitza Aparicio, Roma
Glenn Close, The Wife
Olivia Colman, The Favourite
Lady Gaga, A Star Is Born
Melissa McCarthy, Can You Ever Forgive Me?

BEST ADAPTED SCREENPLAY
The Ballad of Buster Scruggs
BlacKkKlansman
Can You Ever Forgive Me?
If Beale Street Could Talk
A Star Is Born

BEST ORIGINAL SONG
“All the Stars,” Black Panther
“I’ll Fight,” RBG
“The Place Where Lost Things Go,” Mary Poppins Returns
“Shallow,” A Star Is Born
“When a Cowboy Trades His Spurs for Wings,” The Ballad of Buster Scruggs

END_OF_DOCUMENT_TOKEN_TO_BE_REPLACED

Share the Stories of Martin Luther King on MLK Day 2019

As we celebrate the birthday of Martin Luther King, every family should take time to talk about this great American leader and hero of the Civil Rights Movement. There are outstanding films and other resources for all ages.

, starring Jeffrey Wright as Dr. King. And every family should study the history of the Montgomery bus boycott that changed the world.

Families should also read They Walked To Freedom 1955-1956: The Story of the Montgomery Bus Boycott

The March, narrated by Denzel Washington, is a documentary about the historic March on Washington with Dr. King’s famous “I have a dream” speech.

tells the story of the fight for voting rights.

, starring Whoopi Goldberg and Sissy Spacek, makes clear that the boycott was a reminder to black and white women of their rights and opportunities — and risk of change.

is a PBS documentary with archival footage of Dr. King and his colleagues.

Martin Luther King Jr. – I Have a Dream

For children, Our Friend, Martin

are a good introduction to Dr. King and the Civil Rights movement.

Related Tags:
Based on a true story Biography Documentary Race and Diversity

LEGO 2: The Song That Gets Stuck Inside Your Head

Can the new LEGO movie top the first one’s “Everything is Awesome?” Listen to this!

The playwright and one of the stars behind “Moonlight,” the director of “Oceans 11” and “Sex, Lies, and Videotape,” and the breakout actress from “Deadpool 2,” plus a tough, smart look at economic exploitation in professional sports. Sign me up now.