Many thanks to the charming, delightful, and very knowledgeable Jen Johan for inviting me on her podcast to talk about movies.

It was such an honor to speak with the kind, wise, quick witted, and talented Nell Minow and we clicked so quickly that this half hour flew right by. I agreed with her taste so often that I’m sure I said the phrase “I love that” or “love it” at least thirty times. From Turner Classic Movies and outstanding film recommendations for families to a thoughtful discussion about writing reviews online and her adventures seeing movies reel-to-reel at the Library of Congress, this episode is sure to delight film lovers.

Turner Classic Movies has a great line-up today of movies about angels — and a few devils, too. If you miss them on the broadcast, you can watch them on the TCM app. Highlights:

Heaven Only Knows: Robert Cummings is an angel sent to save the soul of a saloon owner played by Brian Donlevy by bringing him together with a minister’s daughter. But the devil has other ideas.

A Guy Named Joe: Spencer Tracy is a fighter pilot killed in action. His spirit returns to help the girl he loved find happiness. (Remade by Stephen Spielberg as “Always”)

The Horn Blows at Midnight: A trumpet player (Jack Benny) dreams he is the angel Gabriel, sent to blow his horn to bring on the end of the world. But he finds earthly pleasures a distraction.

Angels in the Outfield: This is the original version with Paul Douglas and Janet Leigh, about a little girl who lives in an orphanage and sees angels when she goes to a baseball game. I know the remake with Joseph Gordon-Levitt has a lot of fans but I prefer this one, which is sweet but not syrupy.

Angel on My Shoulder: The devil (Claude Rains) sends the soul of a murdered  gangster (Paul Muni) to to ruin the reputation of an honest judge.

The Devil and Daniel Webster: This is Stephen Vincent Benet’s classic story about a New Hampshire farmer who sells his soul to the devil (Walter Huston) and then is defended before a jury of villains by the legendary New England orator. 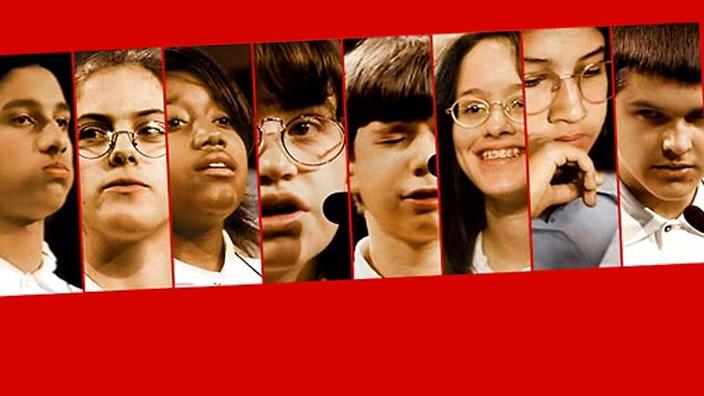 Movies for the Homebound VIII: Stories of Real Children

There are some delightful documentaries about real kids that are ideal family viewing.

Spellbound: Middle schoolers compete in in the annual Scripps-Howard Spelling Bee, with feats of astonishing mastery of shockingly difficult words. This exciting competition is also a heartwarming story of America, its diversity of families and its astonishing young people of such dedication and curiosity.

Batkid Begins: An entire city unites to give a sick child his dream of being Batman.

Mad Hot Ballroom: New York City schoolchildren participate in a program that teaches them ballroom dancing — and teamwork, discipline, and the joy of mastering movement.

Jump: Five teams of kids get ready for a jump rope competition of astonishing athleticism and skill. 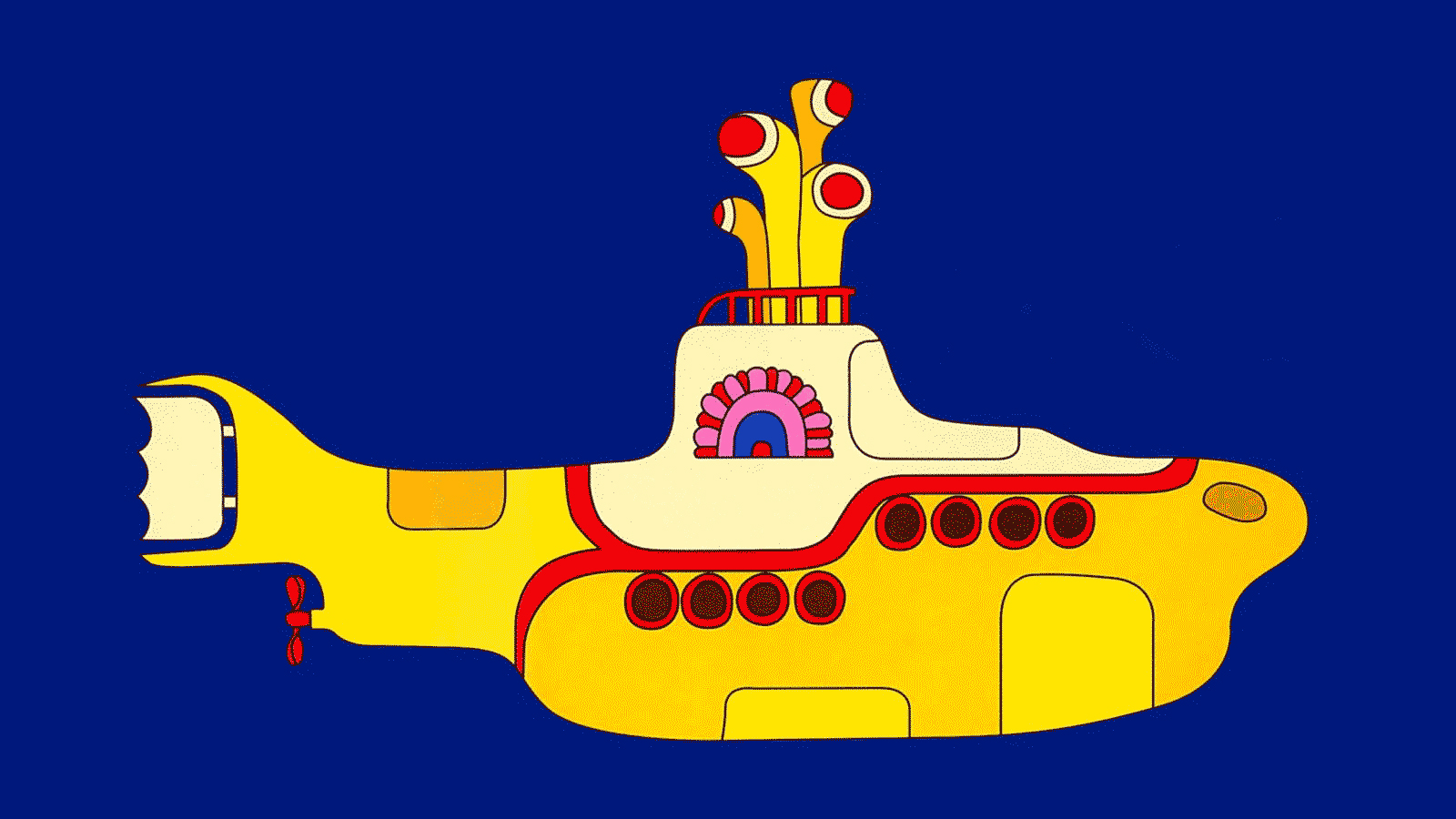 Sing Along With the Beatles: Yellow Submarine

All aboard for the Yellow Submarine YouTube Dress-Up Sing-A-Long Watch Party!

This Saturday, 25th April, join in at 9am PDT (12pm EDT/5pm BST) for the Beatles’ celebration of love, music, and surfacing from strange seas into a beautiful world free of the Blue Meanies!

Dress-up as your favorite character from the film and escape with us to a place where, for a little while, nothing is real. Click the bell to set a reminder on this Watch Page.

Share your photos and videos of you singing along in your costumes at home and tag them #YellowSubLive. Following the film, they’ll be sharing your images and videos on Instagram Stories in the Yellow Submarine Sing-A-Long After-Party. For more info about the event visit: yellowsubmarine.com and check out #YellowSubLive

There are oh so many stories for children about orphans and about people who are sent to live in creepy, mysterious old houses. The Willoughbys, based on the book by Lois Lowry, tweaks those and some of the other conventions of children’s stories, and turns some of them upside down. But one key element remains the same: children have an adventure. They are brave, they solve problems, they stick together, and they end up better off than they started. And all of that happens in a movie that is a a delight for the eyes, with wildly imaginative settings and clever details. There’s even a candy factory that’s half Willy Wonka and half Pac-Man.

Deliciously gruesome (but not quite as much as A Series of Unfortunate Events), it is the story of four red-headed siblings who live in a gothic mansion squeezed between skyscrapers, with acid narration from a nearby cat (Rickey Gervais).

The Willoughbys have lived there for generations and their history hangs heavily over them. Literally. There are huge portraits of ancestors, all sporting the thick yarn hair scowling down at today’s Willoughbys.

Also scowling, when they bother to notice them, are the Willoughby parents (Martin Short and Jane Krakowski), who devote all of their affection and attention to each other and can barely be bothered to notice that they have children, much less talk to them or feed them. The oldest is Tim (Will Forte, who worked with director Kris Pearns on “Cloudy With a Chance of Meatballs 2”). Then there’s his sister Jane who loves to sing (Canadian pop star Alessia Cara). By the time the twin boys were born, the Willoughby parents couldn’t be bothered to think of two names or provide them with two sweaters. So they are both called Barnaby and share one sweater between them.

In a conventional story of an intolerable home, you might expect the children to run away. But this is a story that likes to turn things upside down. Tim likes the house and is determined to uphold the grandeur he associates with the ancestors and the Willoughby name.  He and Jane come up with an idea: their parents should run away from home. So they arrange an extended trip for their parents, a trip that just might include some dangerous activities.

What they don’t expect is that their parents might send a nanny (Maya Rudolph, delightfully whacky).  Never having been treated with kindness, Tim does not trust her at first. Also, there is an orphan baby left on their front stoop. The children drop her off at a candy factory run by a a man who looks a little foreboding but also like he’s made of candy named Commander Melanoff (Terry Crews).

And so the Willoughby children end up going on an adventure that is colorful,  funny, exciting, and satisfyingly heartwarming. The government’s child protective services are unnecessarily demonized but the message of resilience that we can create the families we want if nature gets it wrong the first time is very welcome.

Parents should know that this movie includes comic peril and violence (no one hurt) and humorously portrayed child neglect and abandonment themes.

Family discussion:  How do Tim and Jane have different ideas about the way to solve their problems? Did you ever misunderstand someone’s words as Tim did with the nanny?

If you like this, try: “A Series of Unfortunate Events” and “Cloudy With a Chance of Meatballs”