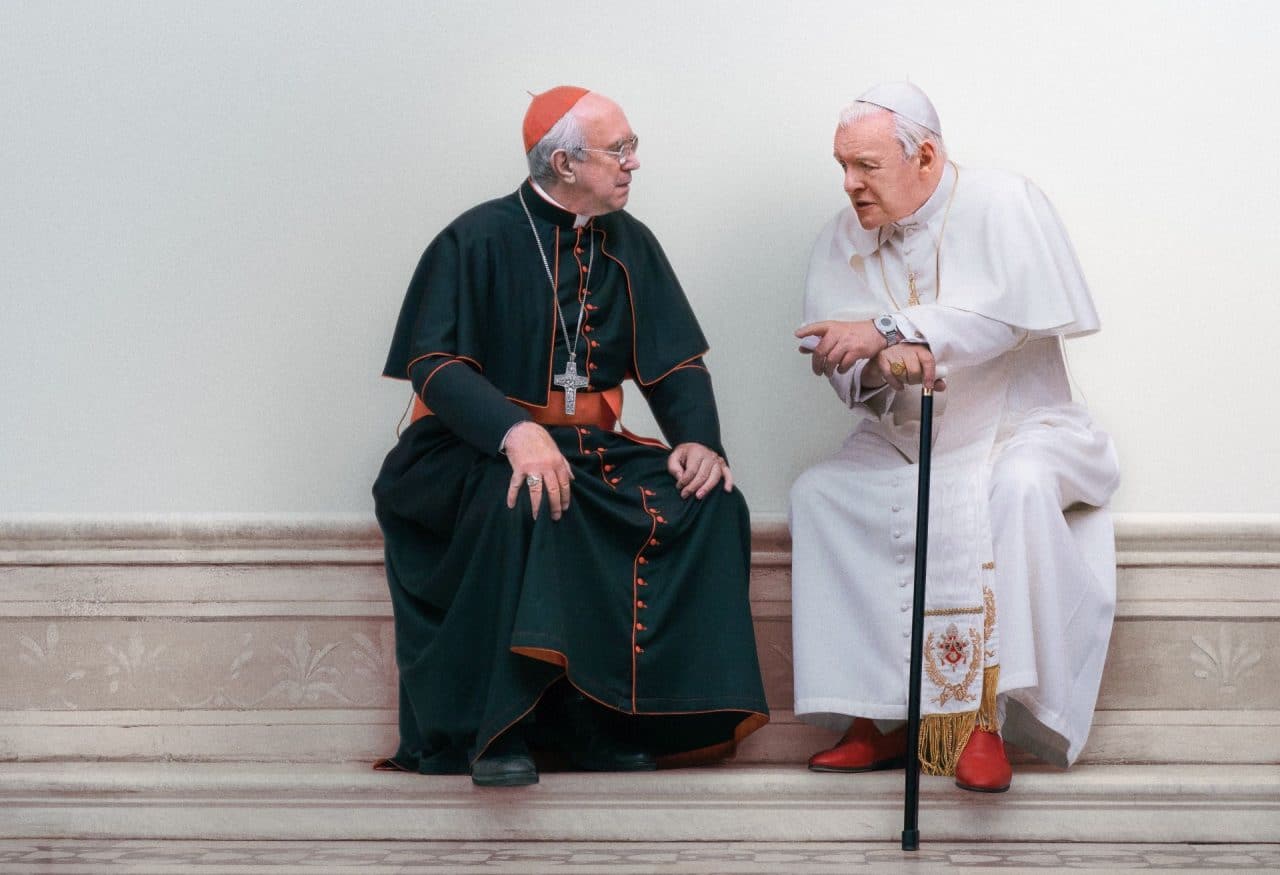 We will never know what really happened when Pope Benedict (Anthony Hopkins) became the first supreme pontiff to resign since 1294, selecting the man who became Pope Francis (Jonathan Pryce) as his successor. Everything about it was surprising. Popes have almost always served until death, and the selection process, gorgeously visualized here, is ancient and mysterious. We see with the rows of scarlet-clad cardinals clicking their bright blue pens to cast their votes and the two smoke options, black to show no decision yet, white to show that the new pope has been chosen. The idea of a pope resigning (creating the new position of emeritus pope) and guiding the selection of his successor was unprecedented (well, we don’t know much about what happened in the 13th century, but it was so long ago that “unprecedented” seems appropriate) and so there was no template to follow.

And yet, as it cannot help but be, it is political. The cardinals are only human. During the 2005 selection process, While many votes went for Cardinal Jorge Mario Bergoglio, he was a long shot. There had never been a Jesuit pope, one from the Americas, one from the Southern Hemisphere. Almost all of the popes have been Italian and all have been from Europe since the Syrian Gregory III, who reigned in the 8th century. And so the one selected was a German cardinal named Joseph Aloisius Ratzinger.

More than geography and religious order separated the two men. Pope Benedict was conservative and traditional. Bergoglio is more liberal, more about Catholicism as a call to compassion and engagement with the community. He lived simply and wanted to return being a parish priest. After a few years, he wanted to retire. He wrote to Pope Benedict to ask for permission but before his letter was received, Pope Benedict wrote to ask him to visit. Bergoglio thinks it is to discuss his retirement. Pope Benedict has another career path in mind.

There are some flashbacks, particularly concerning their deepest regrets and most painful failings. But most of the movie is two of the greatest actors of our time playing two of the most formidable and consequential figures of our time, talking to each other about the most foundational issues of faith and philosophy. Sometimes they are indirect. Sometimes they clash in style and substance. But they always exemplify their commitment to their beliefs with grace and kindness. Pope Benedict plays the piano. Bergoglio orders pizza and Fanta. They develop an understanding and a kind of friendship. It is a pleasure and a privilege to be able to eavesdrop on this conversation, and inspiring, too.

Parents should know that this movie includes references to and brief depictions of historical atrocities and references to sexual abuse by priests.

Family discussion: What were the biggest differences in viewpoint between the two popes? What was more important to Pope Benedict than their differences in interpretation and commitment to tradition?

If you like this, try: the documentaries “Pope Francis: A Man of His Word” and “Hesburgh” 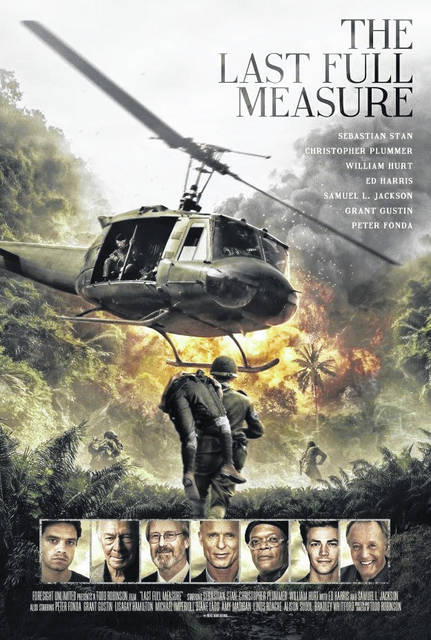 “The Last Full Measure” is the story of The true story of Vietnam War hero William H. Pitsenbarger, a USAF Pararescue medic who saved over sixty men in the U.S. Army’s 1st Infantry Division before making the ultimate sacrifice in one of the bloodiest battles of the war. Thirty-two years later, Pentagon staffer Scott Huffman investigates a decades-long Congressional Medal of Honor request for Pitsenbarger and uncovers a high-level conspiracy prompting him to put his career on the line to seek justice for the fallen airman. The movie stars Sebastian Stan, Jeremy Irvine, William Hurt and the late Peter Fonda. 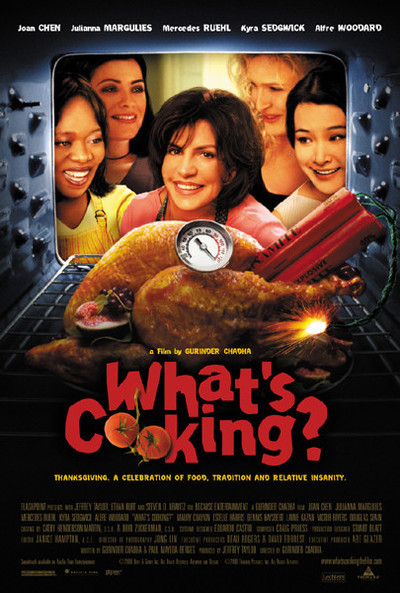 My favorite Thanksgiving movies are the delightful “What’s Cooking?” and “Pieces of April.”

What’s Cooking? is a peek at the Thanksgiving celebrations of four families celebrating Thanksgiving with all of the secrets, drama, longing for approval, and, yes, gratitude and love we all face at this time of year. The cast includes Julianna Margulies, Dennis Haysbert, Kyra Sedgwick, Alfre Woodard, Mercedes Ruehl, and Joyce Chen.

Pieces of April  is also filled with all of the hopes and pressures of the holiday as an estranged daughter (Katie Holmes) struggles to prepare a Thanksgiving feast for her family, including her mother (Patricia Clarkson) who has terminal cancer.  The cast also includes Derek Luke, Alison Pill, Oliver Platt, and Sean Hayes. 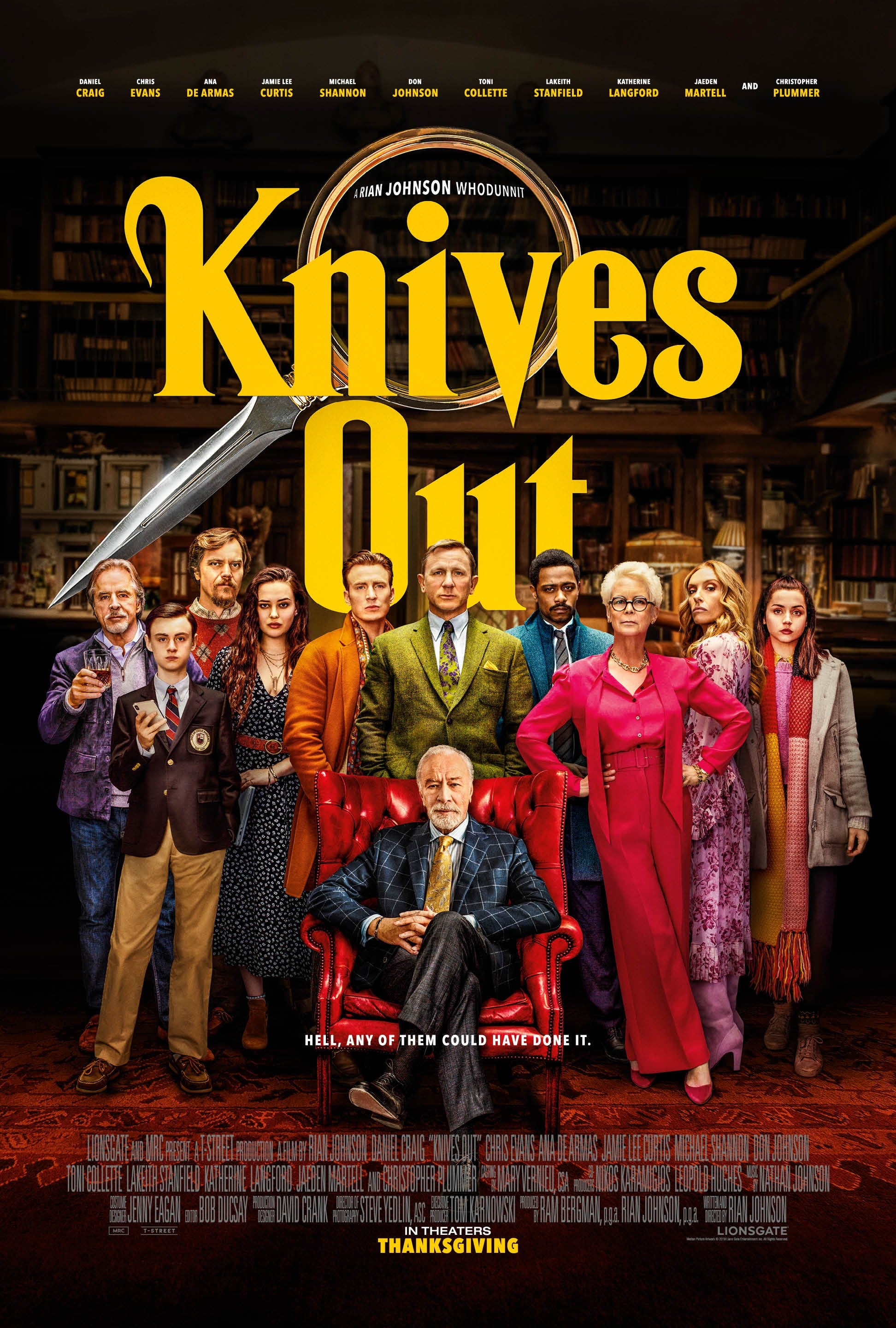 You know those murder mysteries where a big rich family all gathers in a big gothic house and someone gets killed and everyone has a motive and we get a bunch of red herrings (often the initial suspect is the second murder victim) and then the detective gathers everyone in the drawing room at the end to lay out all of the possible scenarios and then point dramatically at the surprise perpetrator? Those mysteries are sometimes called “cozies.” “Knives Out” is both a loving tribute and a cheeky meta-take on this genre from writer/director Rian Johnson and an all-star cast clearly having the time of their lives. It is deliciously nasty, seasoned with some political jibes, a ton of fun and anything but cozy.

It takes place in a magnificently gothic mansion correctly described by a character as something out of a Clue game. The owner is wealthy mystery author Harlan Thromby (Christopher Plummer), his name a likely nod to the classic Choose-Your-Own-Adventure story. “Knives Out” is literal — there is a huge “Game of Thrones”-style ceremonial seat decorated with daggers — and metaphoric, as a family of unpleasant heirs needle each other as they strive for the patriarch’s favor, meaning his money.

Just after the family has gathered to celebrate his 85th birthday party, Thromby is found dead, his throat cut, an apparent suicide. The suspects are: his daughter Linda (Jamie Leigh Curtis), her husband Richard (Don Johnson), their son Ransom (Chris Evans), Thromby’s son Walt (Michael Shannon), who runs Thromby’s publishing company, Thromby’s daughter-in-law Joni (Toni Collette), the widow of his late son and the proprietor of a pretentious “wellness” company, Thromby’s nurse Marta (Ana de Armas), the daughter of an undocumented immigrant. Other possible suspects include Harlan’s dotty mother Greatnana (K Callan), Walt’s wife Donna (Riki Lindhome), their alt-right teenage son Jacob (Jaeden Martell), Joni’s college-student daughter Meg (Katharine Langford of “13 Reasons Why”), and Fran the housekeeper (Edi Patterson). Thromby’s son, daughter, and daughter-in-law think of themselves as successful entrepreneurs but in reality they are subsidized by Thromby, who has no illusions about their business acumen or their expressions of affection.

A cop (Lakeith Stanfield) accompanied by a state trooper (Noah Segan) starts asking questions. And then one of the suspects asks a question: Who is the man who has been silently sitting in the back, listening to everything that is going on? It is legendary “last of the gentleman sleuths” private Detective Benoit Blanc (Daniel Craig), whose ridiculous name is matched by his honey-dripping Southern drawl, compared by one character to the cartoon character Foghorn Leghorn (a caricatured rooster inspired by the caricatured Senator Claghorn on the old Fred Allen radio show). The first mystery is that he does not know who hired him to be there. He just received an envelope with cash inside.

We get a chance to see some illuminating flashbacks that let us in on some of what has happened before the detectives or the family know. And we get to know them better, especially Marta, repeatedly referred to patronizingly by the family as “one of the family” but no one can seem to remember which Spanish-speaking country she and her family come from. Marta is of special value to Blanc because she is a human lie detector, at least about her own truthfulness. If she does not tell the truth, she involuntarily projectile vomits. (Really.) She has a few secrets that she is desperate to conceal, especially after a motive is revealed. Characters make and break alliances as it seems no one can be trusted, and what is revealed just shows us how much more we don’t know.  The twists and turns will keep you guessing until the end and the unexpected barbs of satire make this as delicious as the fictional Thromby’s best-sellers.

Parents should know that this is a murder mystery with some grisly and graphic images, some strong language, family conflicts, drinking and drugs.

Family discussion: Which character did you suspect and why? Why did Thromby make that decision about his fortune?

If you like this, try: the original “Murder on the Orient Express,” “And Then There Were None,” and Rian Johnson’s other genre-bending films “Looper” and “Brick”

My friend and fellow critic Scout Tafoya has written my favorite piece of movie criticism I’ve read in a long time. I have mixed feelings about Martin Scorsese’s new epic film, “The Irishman,” but the part I liked best is exactly what he describes here.

Fear of death and refusal of old age in movie-making are as old as the moving image itself. Movie stars date appallingly young, and directors sew bone-deep terror of mortality into their images. Film critic André Bazin famously defined the ontology of cinema according to its “mummy complex,” its embalming of time and space. And true to form, something uniquely bizarre occurs when film directors near the death at which they’ve been thumbing their nose by preserving slices of life for one and all to experience. The “late film” has become a class unto itself: what happens to your work if you know this will be one of the last times you point a camera at someone and yell, “Action!”?

It’s a pleasure to read, so wise about movies and about life.