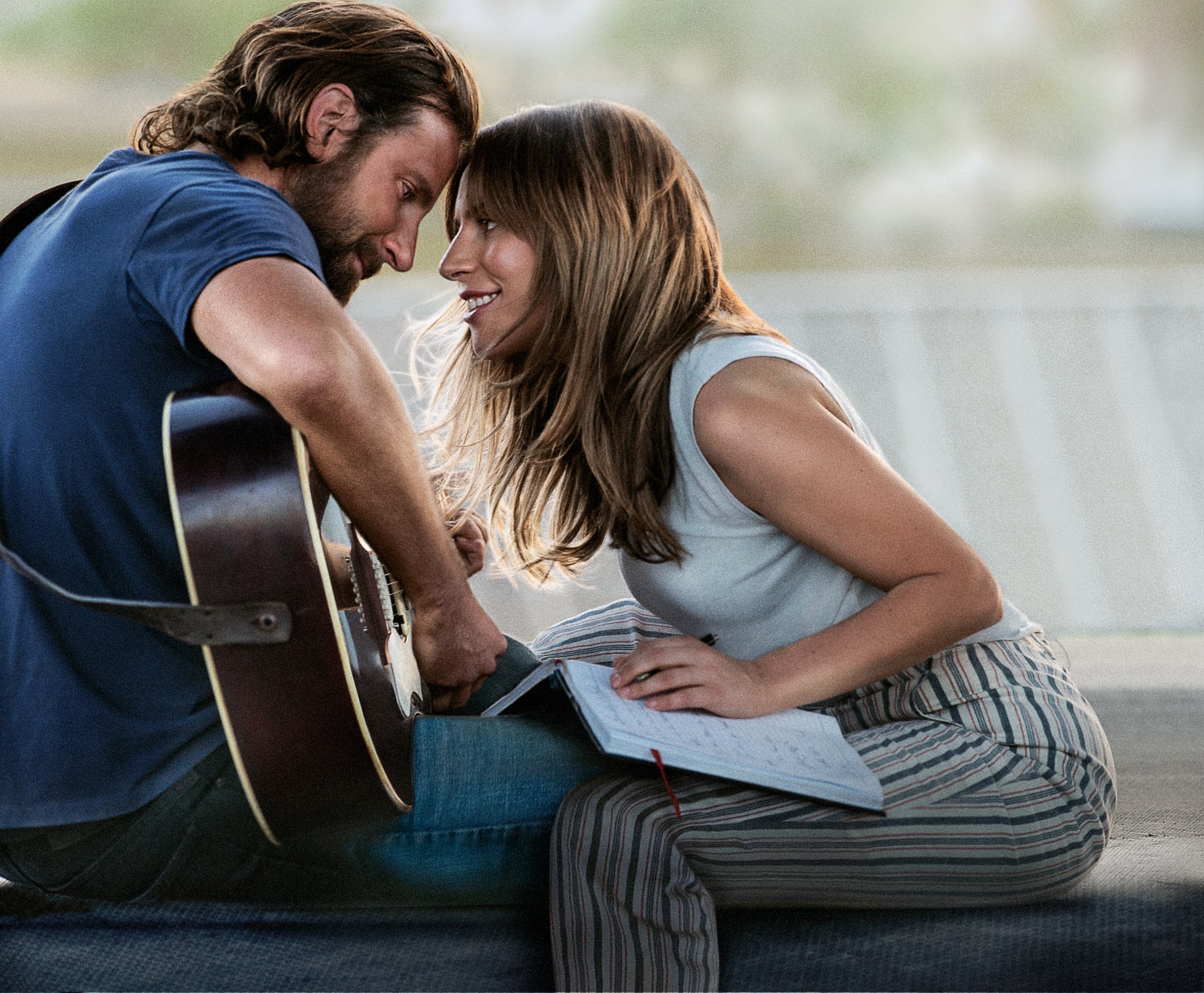 One of the biggest films of the year is the latest version of “A Star is Born,” written and directed by Bradley Cooper and co-starring Cooper and Lady Gaga. The story of the fading star with substance abuse problems who helps — and loves — a talented newcomer has been filmed under that title twice before, and once before that as “What Price Hollywood?” And it is inspired by the true story of two of the biggest names in show business in the 1920’s-30’s.

What Price Hollywood? George Cukor directed the version starring Constance Bennet as a Brown Derby waitress who meets director Lowell Sherman when she waits on him at the restaurant. While this is not explicitly the source of the following versions, and the waitress and director do not get married (because he is too noble), the essence of the story is all there, including (SPOILER ALERT) the suicide of the male character.

Dorothy Parker and her husband were two of the scriptwriters who worked on the glossy drama starring Frederic March and Janet Gaynor that has been the basis for three remakes (so far). She’s a waitress who catches the eye of a fading movie star. He gets her a screen test, the studio changes her name, he embarrasses her at an award ceremony, and when his drinking gets worse, she quits her job to care for him.

Broadway legend Moss Hart contributed to this musical update, again directed by George Cukor, starring Judy Garland and James Mason. It’s long and unwieldy (some excised scenes were partially added for re-release), but it has unforgettable moments like this one.

Barbra Streisand and Kris Kristofferson star in the 1976 version, which won an Oscar for Best Song. Reportedly, she tried to persuade Elvis Presley to take the role.

Bradley Cooper says he was inspired to make the film by being backstage at a Metallica concert. He wrote, directed and stars opposite Lady Gaga. She may repeat her predecessor’s experience with a Best Song Oscar for this one.

Certainly there are many possible inspirations for the story, but most people think that one of the likeliest possibilities is the marriage of Al Jolson, one of the biggest stars in the country during the era of vaudeville and radio, and Ruby Keeler, who became a huge star in the early days of talkies. 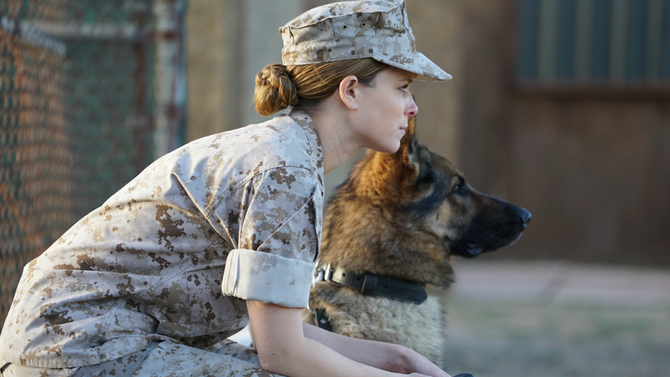 Devastated by the loss of a close friend, fired from a dead-end job, without any sense of worth or meaning, a young rural New Yorker enlists in the Marines and learns about honor, loyalty, and purpose, and finds unconditional love, too.

What makes that familiar story less familiar in this fact-based retelling is that the Marine in question is a woman and the love story is with her partner, a German Shepard.

Kate Mara is both vulnerable and determined as Megan Leavey, who was lost until she joined the Marines and got assigned to the K-9 division of military dogs trained to sniff out bombs and guns. Leavey had two tours of duty alongside Rex until they were blown up together by a bomb. The most significant part of her recovery came from a renewed sense of purpose in fighting for the chance to give Rex a home when he could no longer work.

The film, which has some dramatic (and romantic) heightening, shows Leavey being fired by a supervisor who tells her, “You don’t connect with people very well.” Her mother (Edie Falco, terrific as always) does not want her to go into the military but has nothing else to offer. After basic training, she gets drunk with friends and is sentenced to clean up the dog kennels. That is the moment when a part of her wakes up. Instead of resisting what she does not want, for the first time there is something she does want.

Leavey wants to become a part of the K-9 program, but in order to qualify she has to meet some very tough standards for her skills and behavior. She makes it in and the training includes learning how to bandage a wounded dog, a powerful reminder of the risks ahead.

The story has four distinct chapters: Leavey before the Marines, her training and getting to know Rex, their deployment, and her efforts to bring him home so she can care for him in his last months. Director Gabriela Cowperthwaite and star Mara wisely keep the focus on Leavey’s spirit-enlarging journey. Cowperthwaite is a documentarian (“Blackfish”) and brings a low-key naturalism to the storytelling, and Mara is excellent in revealing Leavey’s growing sense of confidence and purpose. “We were injured in Iraq,” she says, simply, compellingly. They are both wounded warriors and their best path to healing is to be together.

Family discussion: What was it about the dog corps that made Megan want to qualify to be a part of it?  Why did Gunny give her a chance?

Related Tags:
Based on a true story DVD/Blu-Ray Pick of the Week Get Your Handkerchiefs Ready War

As part of rogerebert.com’s annual Women’s Week, three critics got together to pay tribute to one of their favorite films, the ice skating classic, Ice Castles.

Christy Lemire, Sheila O’Malley, and Susan Wloszczyna shared their memories of first seeing the film and acknowledged that despite its cheesiness and some uncomfortable elements, they can’t help loving it.

CHRISTY LEMIRE: “Ice Castles” has a really great, gritty sense of place that also keeps it from being teenage nonsense. That town feels so real and so insular. Are there actual bowling alley/ice rink combos in the world?

SHEILA O’MALLEY: I was going to mention that! I totally agree. She really comes from somewhere. It’s very real. The snow, the bowling alley, the frozen pond. A boyfriend who plays hockey. I really hope there are such combos. I’d love to visit. Especially if Colleen Dewhurst is running the show, sipping whiskey from a flask.

CHRISTY LEMIRE: She gives this film so much weight, so much emotional heft.

SHEILA O’MALLEY: She is acting her ASS off, if you’ll pardon the expression. She’s ferocious and filled with emotion and personal regrets and smoking butts and sneaking sips of whiskey at the hockey game. She’s awesome.

Trailer: A Dog’s Purpose with Josh Gad and Dennis Quaid

Coming to theaters this January — get your hankies ready, because this one is a cryer.

I love to recommend romantic movies for Valentine’s Day. This year, how about some movies starring real-life movie sweethearts?

Paul Newman and Joanne Woodward made several films together, including “The Long, Hot Summer” and “Rachel Rachel” (he directed, she starred).

Spencer Tracy and Katherine Hepburn met on “Woman of the Year” and you can see them fall in love on screen.

Their last movie together was “Guess Who’s Coming to Dinner.” This speech, filmed just before Tracy’s death, feels as though Tracy is speaking about his love for his co-star.

Director Taylor Hackford met his wife, Helen Mirren, when they made “White Nights” together.

Elizabeth Taylor and Richard Burton had a passionate, tempestuous relationship, including two marriages and divorces, that was reflected in their films together.